It is hard to separate my review of this movie from my relationship with Bill Frisell. I first saw him play when I went to see Percy Jones’ Stone Tiger at the Bitter End in NYC. I loved Jones’ unique bass work with Brand X and was curious to see what he was up to. The great Dougie Bowne (Lounge Lizards, Iggy Pop) was on drums. The guitarist was some guy with an early Roland GR-300 synth guitar whose playing, both on synth and standard guitar, was like nothing I had ever heard. Alternately lyrical and jagged, his Thelonious Monk-like flights of invention were like Monk only in that they were completely personal and otherworldly. Not since seeing Jimi Hendrix and Jeff Beck in the Sixties had I witnessed someone who seemed to totally reinvent the instrument in their own image.

I began to follow his career and buy his records. One day, when I was working at Rudy’s Music Stop on 48th Street in the mid-Eighties, Bill came in. He wanted to replace the P-90 in his SG Junior with a humbucker. I suggested a Seymour Duncan JB and he had it installed. I got to know enough to say hello to at his gigs. Soon, he moved to Seattle and I moved to San Francisco.

At that time, I heard from Henry Kaiser that Bill was having hand issues, so I sent him a get well card. When I went back to New York in 1986 for my High School reunion, I saw Bill was playing a solo gig at a loft. During the concert, Bill’s long time bandmate, cellist Hank Roberts, snuck in after his own gig and took a seat. Bill spotted him from the stage and said, “Hi Hank.” Roberts said, “Hi Bill.” Bill asked Hank if he knew what day it was. Roberts replied, “Friday the 13th, Bill.” Referencing the Thelonious Monk tune, Bill asked, “Did you play ‘Friday the 13th’ Hank?” Hank said, “No Bill.” At which point, Bill said, “Did you even allude to it?” This was my first exposure to the classic Frisell deadpan humor. In the future I would enjoy him doing almost twenty minutes of virtual stand-up at a Yoshi’s gig in Oakland, CA.

After the gig, I waited at the end of the aisle between the seats to say hello. When he spotted me he gave me a big, unexpected hug and thanked me for the get well card. Since then, I have interviewed him a number of times for Guitar Player and seen him play in numerous band configurations. I was lucky enough to see him multiple times with the Paul Motian group, a band of three brilliant players, performing the most amazing music of any genre the world has ever seen for over two decades.

Along with our friendship, like thousands of other guitarists, his playing has influenced mine, if only to encourage my own incorporation of multiple musical styles, so I was happy to contribute to the Indiegogo campaign for a movie about him.

There are many aspects of Bill Frisell, A Portrait that are alone worth the purchase price. Guitar geeks will relate to his GAS (Gear Acquisition Syndrome) and his ambivalence about it. They will love the varied instruments, even as they hear how little they factor into the highly personal sound that emanates from his brain and fingers. The interviews with giants we have lost, Paul Motian, Jim Hall, John Abercrombie, are welcome as well. 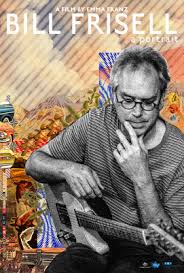 If you are familiar with Bill Frisell’s music but not the man, the movie offers a taste of what it is like to hang out with him. The beaming smile, the child-like enthusiasm, the sly humor, and the humility mixed with a wry sense of his place in the musical firmament. There are enough beautifully filmed and recorded performances to give those less familiar with his art a sampling of what makes it great.

One flaw in this otherwise entertaining, informative, and joyous movie is the significant amount of things proffered without context. Joey Baron relates being offended by Arto Lindsey sitting in with Bill at a gig, but if you don’t know that Lindsey’s “skronk” guitar style is an abrasive, acquired taste, you might well wonder why. Ron Carter lauds Bill’s work, but if you are not a big jazz fan, you might not know that he is one of the great bassists of all time, having played on the seminal Miles Davis Quintet records and other equally historical recordings. He becomes just another guy talking about how great Bill is. There are more, but as one of the cognoscenti none of this hampered my enjoyment of the film. My fear is that these “inside baseball” aspects of the film makes it less accessible to some of the wide audience that Bill enjoys, as well as the wider one he deserves. 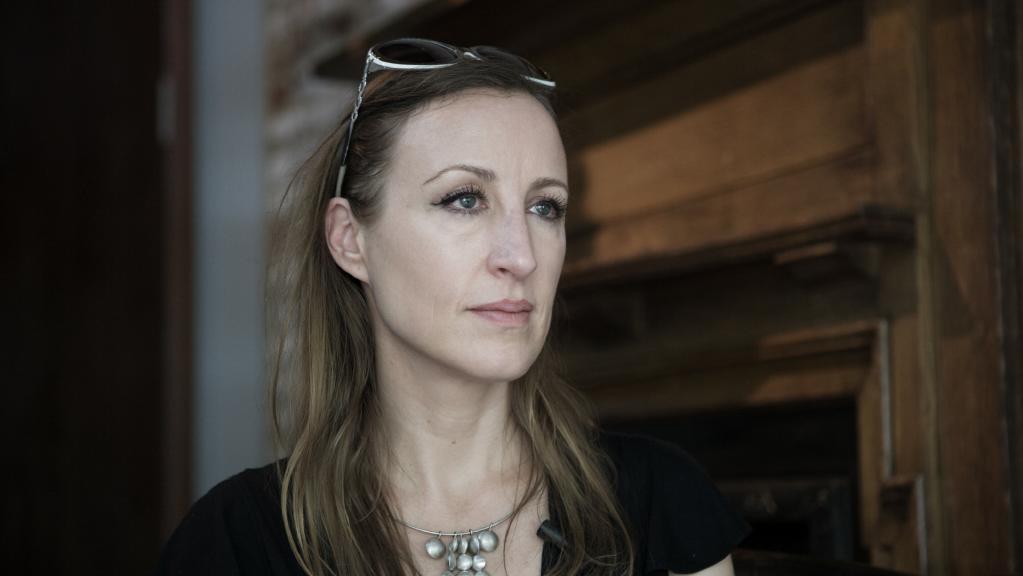 That said, this is an exquisite portrait of a complex, brilliant man. It captures his genius, his martini-dry wit, and the sheer joy his music projects. Franz uses his collaborative work with artist Jim Woodring to accent Frisell’s whimsy, while her free associative, but cohesive editing (her cuts between different ensembles playing the same tune are perfect) echoes the singular workings of the guitar master’s mind.

There is one interview scene where Bill can’t remember how to play a Coltrane tune that is on the set list for that night’s gig. “I will get it tonight,” he says, and sure enough subsequent footage shows him nailing it on the bandstand. It brought to mind seeing the Paul Motian Band at Yoshi’s in Oakland, California. Motian called a tune and Bill frantically scrambled through his music, searching for it. He finally gave up and said, “Let’s just do it. We haven’t done it in five years but…” Of course he played the head perfectly from memory.