If anyone were to be into pedals it would be the modern guitarist. Granted there are a few who play only acoustic, and even fewer who exclusively play plugged straight into the amplifier, but the majority of modern guitarists are to some extent looking to find new sounds in the electric realm and pedals help them go there. The firmament of modern guitar heaven is filled with gods who use a plethora of stompboxes in their quest for sonic freshness. Adrian Belew, Nels Cline, Eivind Aarset, Stian Westerhus, David Torn, Nick Reinhardt, and others employ effect pedals as an essential part of their artistry.

For them, and guitarists of all stripes, this year has seen the release of, not one, but two books (actually three) devoted to these playable, collectable, fetish-encouraging devices. 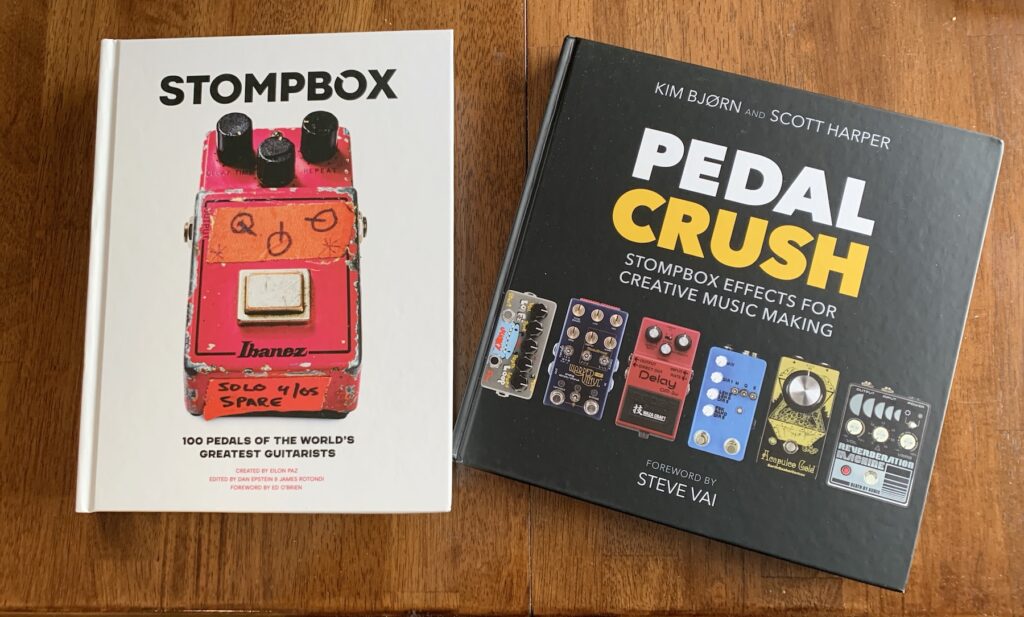