Unfortunately not a continuous video but any new Eivind in performance is welcome. Especially interesting because the airline lost his pedals and he had to make do with some borrowed effects. Further proof that the sound is in the mind, heart, and fingers of the player. 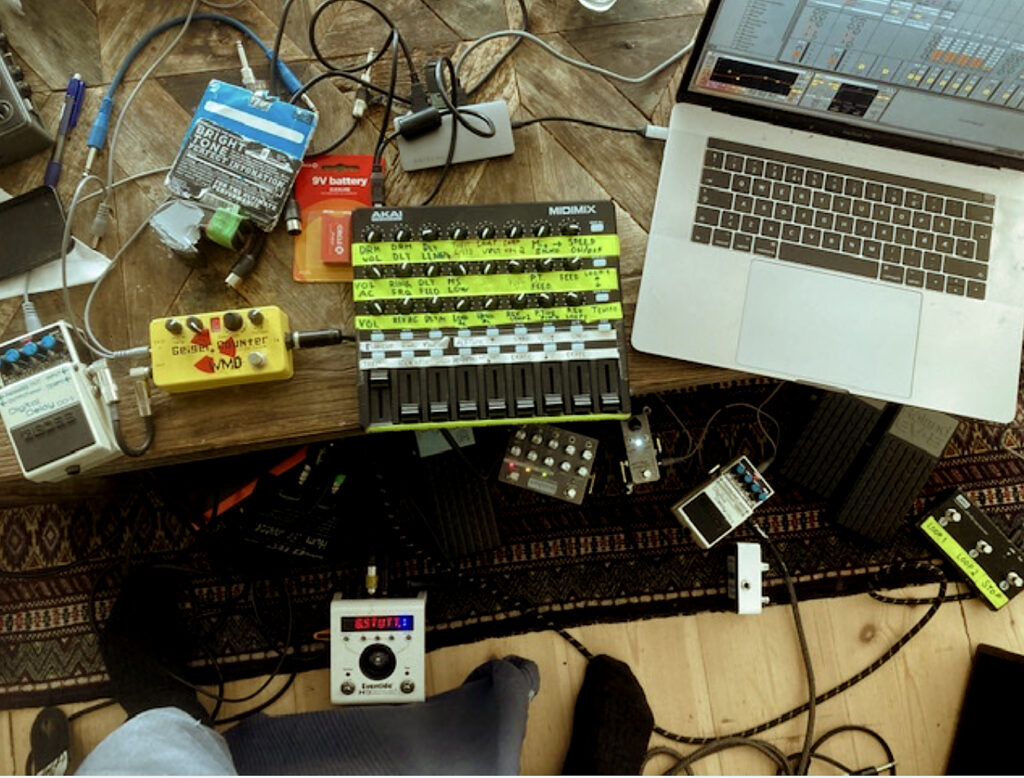 END_OF_DOCUMENT_TOKEN_TO_BE_REPLACED

From the company’s inception, the folks at Meris have had their own take on pedal creation. Elegant packaging and interfaces have been a hallmark. They have outdone themselves with the LVX, however. In addition to the futuristic GUI, bit crushing and granular effects make this not your father’s delay pedal. They also include a tuner so you can take that pedal off your board help make room for this one.

END_OF_DOCUMENT_TOKEN_TO_BE_REPLACED

The American trumpeter and composer Jon Hassel’s sound influenced guitarists like Eivind Aarset and, well, me, as well myriad other musicians. He passed away on June 26, 2021. This year he would have turned 85 and to honor him Nasjonal jazzscene in Oslo, Norway put on a terrific memorial concert on his birthday, March 22.

END_OF_DOCUMENT_TOKEN_TO_BE_REPLACED

One of the best and most interesting guitarists on the New York scene (which means anywhere), Brandon Seabrook combines elements of metal, jazz, punk, noise, and free improv into a guitar style uniquely his own. He also plays banjo in a way that might put all those jokes to rest. He has an amazing new record out with Mike Watt and percussionist, Mike Pride, Stove Top [Rare Noise], under the band name Three Layer Cake. Recorded remotely, it nevertheless sounds interactive and cohesive enough to be mistaken for live, save for the terrific textures and additional instruments they overdubbed. We talk about all of the above, the joys of the ZT amps, and more.

END_OF_DOCUMENT_TOKEN_TO_BE_REPLACED

Here is the maestro as a youngster at the beginning of his tenure with the greatest musical aggregation I have ever seen. A year before this concert, he came into Rudy’s Music in New York, where I worked. He had a Gibson SG Junior and wasn’t happy with the noise from its single-coil P-90. For my sins, I convinced him to replace it with a Seymour Duncan JB and arranged for the installation. He must have also had this regular SG or purchased it later.

Cut to 1991—Bill was celebrating his 40th birthday playing with Robin Holcomb at the Great American Musical Hall in SF. I had lobbied hard for the opening slot with my band because I knew Bill would be in Robin’s band. Bill had a cold that night and wasn’t having the best birthday, nevertheless he was kind enough to help me carry my gear to my car. He is not only one of the all-time guitar greats, he is a helluva guy. Happy Birthday Bill.