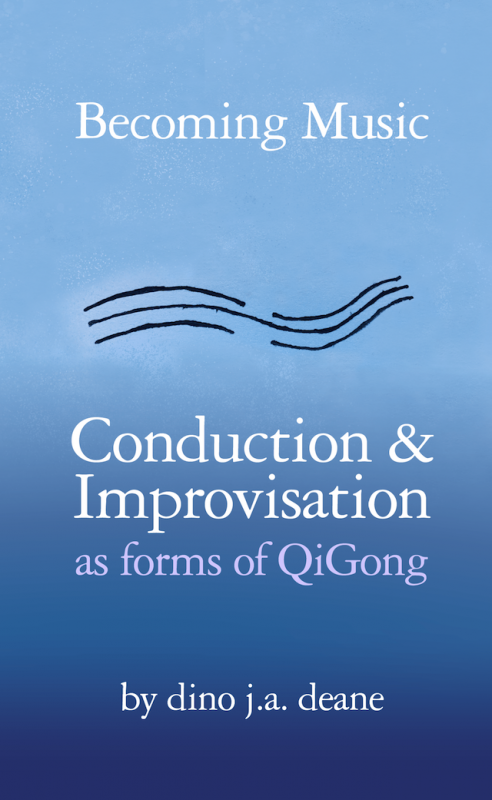 On the shortlist for the best modern guitar record of the year is Turning Towards The Light [Cuneiform Rune 406], by Adam Rudolph’s Go: Organic Guitar Orchestra. In part because it features ten of the most accomplished, forward thinking jazz guitarists in New York, which, when it comes to jazz, means the world. Rez Abbasi, Nels Cline, Liberty Ellman, David Gilmore, Miles Okazaki, Marco Capelli, Jerome Harris, Joel Harrison, Kenny Wessel, and Marvin Sewell, join Damon Banks on bass to form an ensemble unlike any you have heard. The odds this aggregation would become a noisy mess were long, but Rudolph’s strong conception and lyrical conducting conspired to create glorious, surprisingly spacious music—and not just “guitar music.”

“My favorite Max Roach quote is: ‘I’d rather be a musician than a drummer, and I’d rather be an artist than a musician,’” says Rudolph. “On this record, the guitarists were all about the music and the artistry.” Towards The Light is must listening for anyone who wants to hear great music that is not about “guitar,” but nevertheless couldn’t have been made by any other instruments. Rudolph took time to explain his organizational system and the process of forging 10 disparate instrumental voices into a cohesive unit.

END_OF_DOCUMENT_TOKEN_TO_BE_REPLACED

The GM spotlight was focused on sampling pioneer/lap steel dulcimer player, J.A. “Dino” Deane in the Instant Takemitsu post a few years ago. It seemed appropriate to spend more time with him on the eve of his new release Zen Noir, on which he directs the Out of Context Electric Guitar Choir, made up of six guitarists and two percussionists, using a method called Conduction.

Conduction, developed by the late cornetist/composer Lawrence D. “Butch” Morris, is a vocabulary of signs and gestures transmitted by a conductor to an orchestra, providing instantaneous possibilities for altering or initiating harmony, melody, rhythm, articulation, phrasing or form—a kind of middle path between notation and improvisation. Given that Conduction is all about gesture, it made sense to post my Skype interview with Deane, so he could demonstrate some of the signs employed. I urge you to check out this video where he explains how this new method of music performance works and expounds brilliantly on a variety of musical subjects. He was also kind enough to revisit the GM questionnaire and provide an update on his live performance gear.