The new release Star Babies from The Tetrahedrons features an all star aggregation that includes modern guitarist Knox Chandler (REM, Depeche Mode, Grace Jones, Marianne Faithful, The Golden Palominos); Chris Palmaro (Michael Franks, Marc Cohen, Joan Osborne) on piano, synths and horn arrangements; John Conte (Billy Joel, Rosanne Cash, Ian Hunter, David Bowie) on “bass guitar with full frequency modulation”; and Tony Beard (Go West, Foreigner, Steve Vai, Roger Daltrey) on drums and percussion. It is rare that musicians on this technical level get together to let their musical and sonic imaginations run free. This crew made their first record, Cydonia Suite, as the Swinging Tetrahedrons a decade and a half ago, which makes this release something of an event. Knox was nice enough to go into detail for Guitar Moderne about the making of the record. 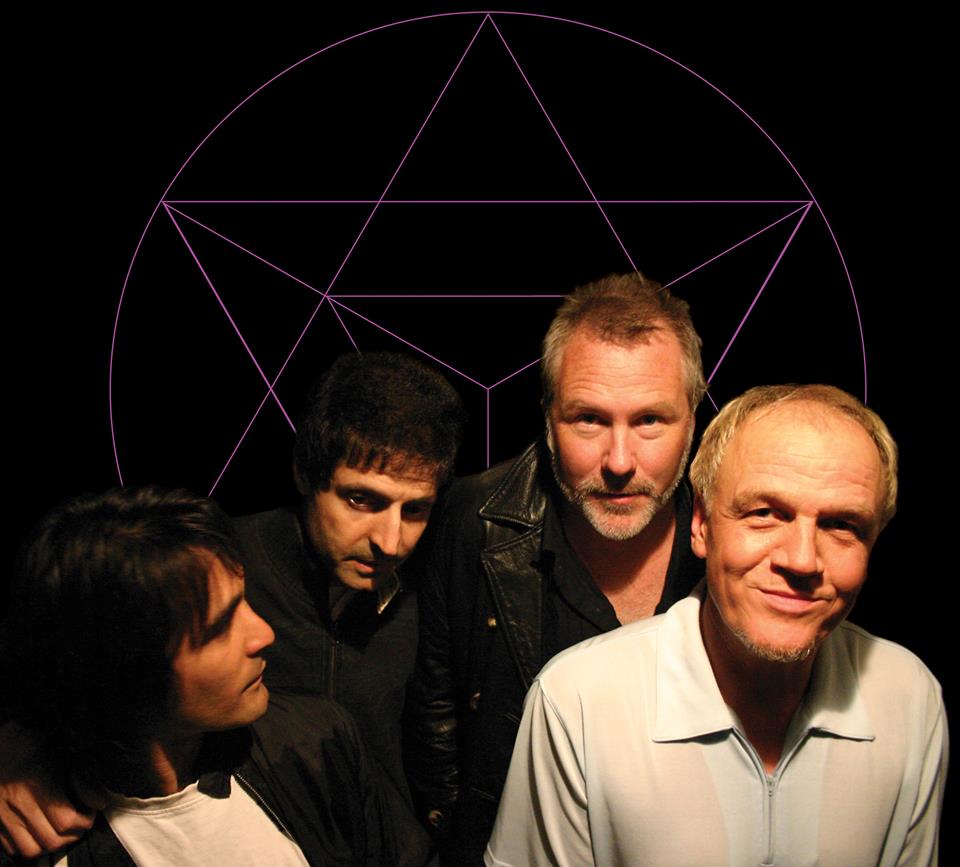 “We recorded this album a while ago. At first we recorded a bunch of stuff live, with the incredible engineer, Kevin Halpin mixing. It got too crazy recording to tape so Kevin started mixing us live to DAT. Chris added horns and other parts, and then started editing the sessions as well as some of the stuff I had done at my place.

I’m using a ’59 Strat with two Fender Twins. I’ve programmed a bunch of patches in my TC 2290 Dynamic Digital Delay, which I use as the brain of my sound. An Eventide H3000, a Lexicon JamMan, and a cheap Boss single rack space reverb are patched into the sends and returns of the 2290. I use the JamMan as a sampler, which I manually manipulate with a foot controller. The Boss reverb is set to one setting: reverse gate. It is a unique sound; super grainy and expressive; the other reverbs in the unit are terrible. I use a TC 0144 foot controller, which I program to change presets and switch on effects sends and returns. I also used a late ’80s DigiTech Whammy Pedal, an MXR blue box, an MXR Dynacomp, a DOD envelope filter, a Boss DC-1 distortion and an early Boss OD-1 overdrive. For the pieces recorded at my studio, I’m using Pro Tools TDM with Logic. I’m also using Studio Vision Soft SampleCell, a Sherman filterbank and all sorts of other bells and whistles. Though it isn’t mentioned on the album, I’m playing both a Zeta cello and an upright bass.
Song by Song

“The Hunt: Searching For A Surrogate” opens with my guitar pitched down with the Whammy and the reverse gate triggered in the JamMan so I can play on top of it. There is a lot of 2290 fun on this one.

“The Chase/Surrogate Captured” is Whammy hell.

“Struggle/Surrender”- This is a track from my studio that Chris later added vocals to.

“Interview with an Experiencer” was recorded live to DAT. I’m lots of guitar sounds with the rig. I’m using a Boss Dimension C on the solo stuff.

“On Board the Ship” is a track from my studio that wound up also on my Turquoise cd. It’s all me.

“The Subject Get’s Loose-/Recaptured” is live to DAT.

“Making a Star Baby” is also from my studio. That’s all me, including upright bass.

“Introduction to the Mother” is all Chris.

This album is all Chris Palmero’s genius. He put it all together and has a very clear focus resulting in an excellent album. I’m very pleased to be part of it.” Buy it at CD Baby