I don’t normally do CD reviews at Guitar Moderne. If something truly cool comes across the transom, I try to get an interview with the artist. QRD—The Guitarists is different. I’m sure you all understand that it can get lonely out here in modern guitar world, among the thousands of guitarists playing the same old rock, jazz, country, blues, punk, and so-called alternative stuff. So, imagine my joy at receiving this recording of 55 solo, modern guitar performances, 53 of them by artists I have never heard before (Bill Horist I have covered a number of times, including here , I am aware of Robert Poss from Band of Susans) 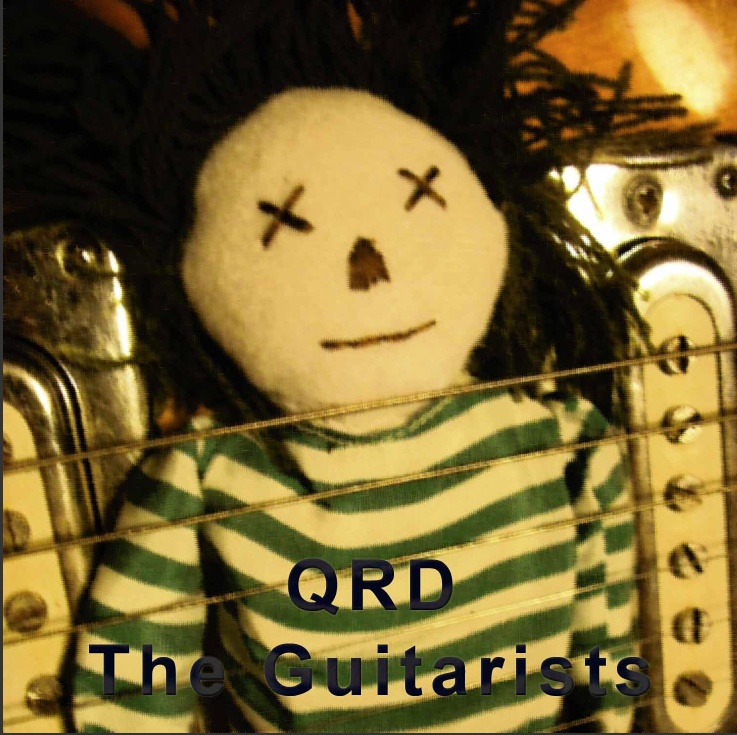 QRD–The Guitarists is QRD’s second compilation from Silber Records). The release also includes a 50+ page digital booklet with track listing and recording info for many tracks, as well as a 2388 page eBook of interviews with guitarists and bassists culled from Brian John Mitchell’s 20 years of putting out the zine QRD. In addition Mitchell’s media empire includes Silber Records and Silber Comics. (Silber Records puts out terrific records from all over the world of particular interest to Guitar Moderne readers).

I am heartened by the consistent quality of the music. Though there are some similarities among many of the drone and ambient approaches it works. Track flows into track creating a unified listening experience. The music somehow manages to range from quiet ambience to aggressive noise without feeling too disparate.

The interviews will keep me busy for months. So far, they reveal a class of creative guitarists pursuing music that is financially unrewarding, causing them to make music with the few tools they can afford. Unfortunately the interviews suffer a bit from lack of editing, which might have removed some of the repetition caused by questions that cover similar ground.

Still, I look forward to revisiting the music and wading through the rest of the interviews. This release should provide enough potential subjects to keep Guitar Moderne going for years. QRD–The Guitarists is a must for fans and players who wants to check out the state of modern guitar—and feel a little less alone.

2 thoughts on “QRD The Guitarists”