I have noticed a recent trend toward a resurgence of headless guitar designs being favored by modern guitarists. Rick Toone builds beautiful examples of this style guitar (as well as “headed versions”). He had the idea to ask some clients, Chris Buono, Todd Haug, Killick Hinds, Ken Kinter, Gabriel Levi, Steve Sjuggerud, and Ede Wright, to record an album of music featuring his instruments. The result is a terrific compilation of modern guitar improvisation.

He had developed friendships with each of them, but had never met most in person. “I knew this mix of personalities would be synergistic and supportive,” he says “All of them have been loyal long-time supporters of my craft.” 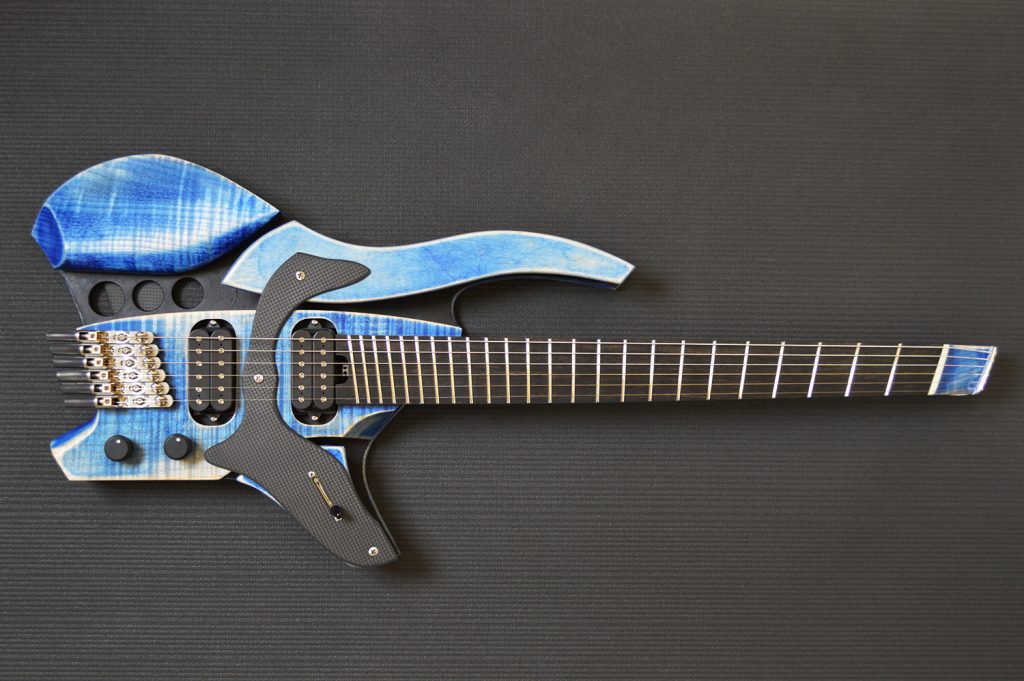 Each participant is featured on at least one song, in collaboration with another, or solo. Steve Sjuggerud hosted the project and brought in drummer Dan Ostrowski.

“Killick Hinds generously contributed his audio recording and production skills, first in tandem with me on location, then in his studio mixing and mastering,” says Toone.

Below are examples of the contributor’s artistry.

2 thoughts on “Magnets And Wire: A Rick Toone Joint”