Five years ago, I found myself scouring YouTube for videos of guitarists like Nels Cline, Derek Bailey, and Eivind Aarset. I was amazed at how much was available and how those videos led to others by strange and wonderful guitarists I didn’t know. I wanted to share this find—but where? I had many guitarist friends and “friends” on Facebook, but only a small percentage of those would be interested in the avant-garde excursions of the players I enjoyed.

The man who helped inspire guitarmoderne.com takes an awesome solo at 5:25

I was writing for Guitar Player and frustrated that, though editor Barry Cleveland was a kindred spirit, they were required to cover guitarists of all genres, leaving only limited space for the large number of interesting players I was discovering daily.

Ultimately I decided to start an e-zine that would be dedicated to, as I put it on the “About Us” page, “extensive coverage of the world-wide explosion of Avant, experimental, and unusual players, as they discuss their approach to this classic combination of metal and wood.” I go on to say, “Here too, you will find articles and reviews covering combining computer with guitar and the world of plugins that this opens up, as well as news about the more extreme pedals available.”

I taught myself WordPress and the rest is history.

So, here we are five years later. I no longer have to worry about finding enough players to cover; they are finding me. Hell, when Andy Summers released his aggressive, clanging instrumental record, Metal Dog, his publicist called me and said he wanted to be in Guitar Moderne—and why not? That record is what we are all about. Manufacturers are now happy to have me review their more esoteric products for an audience that will appreciate them.

I want to thank all the readers who remind me periodically why I do this, with their kind comments.

Thanks to Peter DePasquale who got the advertising ball rolling by hooking me up with the late Premier Builder’s Guild.

Big thanks to my current advertisers, Earthquaker Devices and Red Panda Labs, who not only make the coolest pedals in the world but are the coolest people as well.

Thanks also to DJ Shakey (Julie Covello) and BangInclude (Mike Hatsys) whose Warper Parties in NYC helped me realize that guitar had a place in electronic music, and supported my early efforts to combine laptop and guitar. 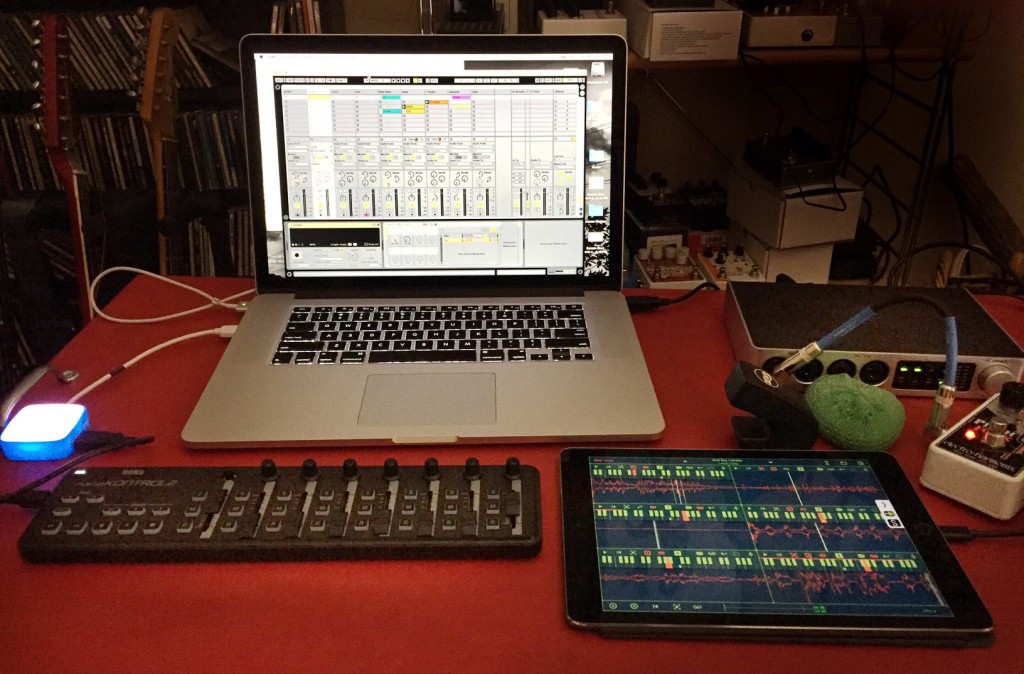 Guitar Moderne is a niche magazine but the niche is growing by leaps and bounds. Looping, once the province of a very few musicians, is becoming a stock part of the guitarist’s trade; iOS apps are taking over. One my first interviewees, Noveller, has gone in five years from playing tiny clubs in Brooklyn to opening shows in large theaters for St. Vincent and Iggy Pop.

I can’t wait to see what the next five years will bring.