Much modern guitar focuses on atonality and noise. More rare is the forward thinking guitarist whose approach leans towards the seductive rather than the assaultive. Though fully capable of aggressive sonic forays, Charlie Rauh’s music lives largely in a contemplative realm. Echoes of Frisell-ian pastoralism can be heard, but Rauh resembles him only in a similar rootedness and a focus on beautiful tone—he is his own man.

When I first started getting serious about the guitar, I was playing in rock bands with friends and writing my own instrumental songs that were more on the jazz side. My father, Robin Rauh, taught me how to play and we would play folk/Americana type songs together which made a lasting impact on the sound I continue to chase. 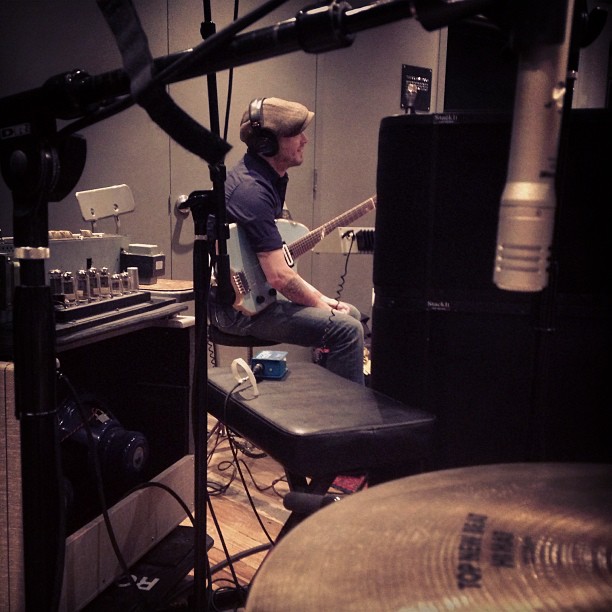 I became more serious about creating experimental music when I heard Hildegard Von Bingen and Arnold Schoenberg for the first time at Conservatory. As a guitarist I’ve never been able to play very fast, and never really had an interest in noise oriented improvisation. For that reason, those two composers appealed to the sound I wanted on my instrument. Hildegard’s music is so simple, flowing, and intimate. Schoenberg’s music, particularly the pre serialist Expressionism, is so concise, focused, and unsettling. The combination of direct intimacy and unsettling expression began to make a lot of sense to me. I began to feel that my creative identity would be voiced with the most clarity if I could combine the lyrical intimacy of Hildegard’s music with the concise delivery and adventurous harmony of Schoenberg. So I dropped out of Shenandoah Conservatory and began doing whatever I had to do make that happen.

My first musical hero, when I was in second grade, was Duke Ellington.  I had a cassette tape of “At The Cotton Club” I used to play over and over in my room. I studied for a while with Connie Crothers who, in addition to being an incredible musician and human being, is a constant inspiration to me. My favorite band is The Innocence Mission; I love their music and am a big fan of their guitarist Don Peris. Sol Seppy is also a huge inspiration to me; her compositions and creative approach are incredible. As for guitarists, my absolute favorite player is Mary Halvorson. I’m also constantly listening to Susan Alcorn, Bill Frisell, and Glen Campbell. My father’s playing is probably the most relevant influence on my music.  As I grow older I realize more and more that often the reason I start to listen to guitarists is because I hear an element of his sound in their style.

I’d say most of the improvements I’ve made are from playing nonstop in different situations. When I do session work or play as a sideman for artists in genres I may not be as comfortable in, it makes for a very positive challenge. I love learning new music and being taught how to revere its delivery by artists who are experts in the given area. I wind up listening to music I never would have heard and learning how to bring my identity to soundscapes I never would have chosen to explore on my own. The more I stay active playing in these scenarios, the more I feel I am drawing from a deeper well when I play and compose my own music.

Whether composing, or improvising I am trying to convey intention. Intention is everything to me when it comes to music. The subject of intent can be any number of things depending on context, but I am very much dedicated to creating for a reason. When I write, its very important to me I am sharing something of personal importance. A lot of the music I write is about my family, people in my life that I hold very close, or personal thoughts that I can’t articulate. When I improvise, I attempt to play without inhibition while remaining honest—which is very hard! I greatly value abstract expression, and equally value the commitment to engaging. The greatest improvisers play wildly, freely, sweetly, harshly, and everything in between, but never abandon you even in the thorniest moments. An excellent example of this would be the Fred Frith/Evelyn Glennie record The Sugar Factory [Tzadik]. 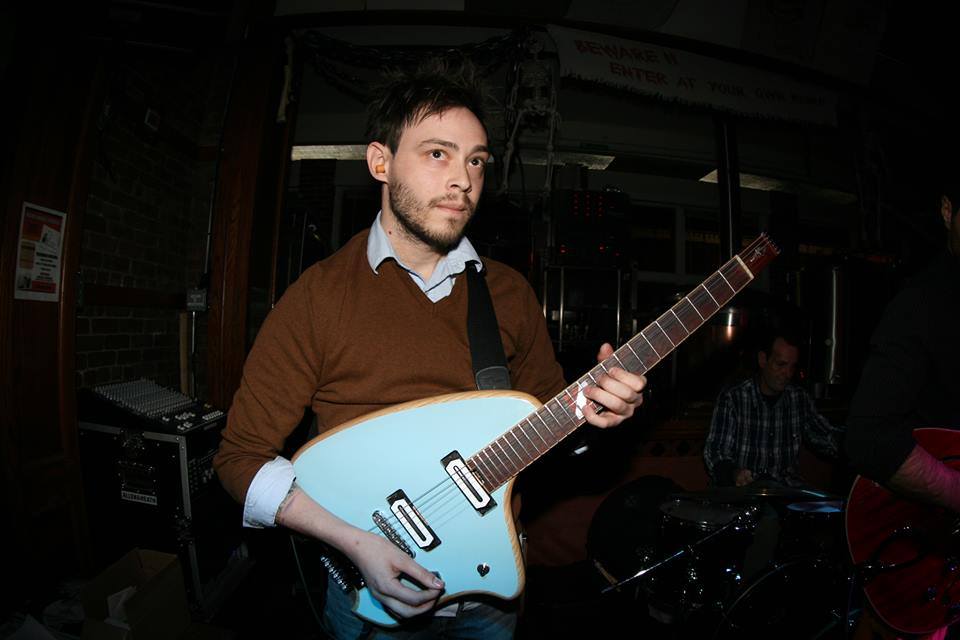 I had luthier Chris Forshage  build me a custom headless “ergo” last year, which is the guitar I have since used exclusively for all my projects. I favor using a ZT Lunchbox amp, but sometimes use a Fender Pro Junior III as well.  As far as effects, I use four pedals all by Earthquaker Devices: Warden (optical compressor), Ghost Echo (slap back reverb), Dirt Transmitter (fuzz), and Dispatch Master (reverb/delay), as well as a volume pedal.

I definitely enjoy playing live more, but get a different satisfaction from being in the studio. Live I enjoy the spontaneity, and the energy of the individual performance. I love that what I play is out there, with no second chance to do it differently and I have to make something of it. I also love touring almost as much as creating music, which I equate with live performance. In the studio, I very much enjoy the focus and attention to tiny details in creating sounds. I always prefer working with no more than two takes once everything is set to capture a live feeling, but it is great to know that you can experiment and take your time as well.

It’s been beneficial to have my music online with videos of performances, as well as listings of when my shows are. I have gained a substantial amount of fans in several countries from people seeing/hearing music that I post on various websites. I also try to be very engaging when I perform and watch all the other acts, hang out after the show, etc. I try to go to other people’s shows as much as possible and establish community support among artists I admire. One of the best ways to get people to come to your show is for them to see that you go to people’s shows when you aren’t performing yourself.

Oh man, this could be a long list! But I will be succinct:  The Innocence Mission; I would love to be able to play with them either in the studio or live. Sol Seppy’s music is a great inspiration to me lyrically as well as musically, and often doesn’t include much guitar. When it does it sounds awesome, but very different than what I would do so I’d be curious to see what would happen.

My latest project is my debut solo EP, Innocent Speller. It was recorded in York, Pennsylvania by Jake Thro and features six of my compositions for solo guitar accompanied by sparse arrangements of cello, Fender Rhodes, bass (all played by Jake as well) and pedal steel (by Robin Rauh). It is not yet released, but the ending track, “It Is Such A Splendid Sunny Day, And I Have To Go,” is available on iTunes, Amazon, Bandcamp, and several other online stores.