Guitar amplifiers have been largely resistant to major innovation; the classic tube designs from the middle of the last century remain the most popular. Manufacturers have flirted with solid state, and digital modeling amps have made greater inroads than one might have imagined, but few amp designers pushed the envelope—then came ZT. 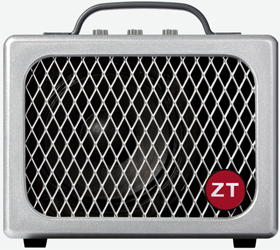 ZT amplifiers shook up the status quo with their Lunchbox. This digital guitar amplifier, the size of its namesake meal transport, put out a purported 200 watts though a 6.5″ Speaker. Digital amplifiers had existed before, in the form of modeling amps, but no one had seen an amp this size that was this LOUD!

I reviewed the electric and acoustic models of the Lunchbox and though one might dispute the wattage figures, there is no contesting their claim to volume. Both models performed admirably in full band situations, without breaking a sweat.

Nor was it just about decibels: through a revolutionary new design, ZT’s speakers travel farther, back and forth, than your typical speaker, creating a tone with more low end and depth than they have any right to, considering their size. The 6.5″ electric speaker’s sound could easily be mistaken of a 10″ or even a 12″ model. I am currently experimenting with using two Lunchbox amps as a portable PA, through which to play my laptop guitar gigs. 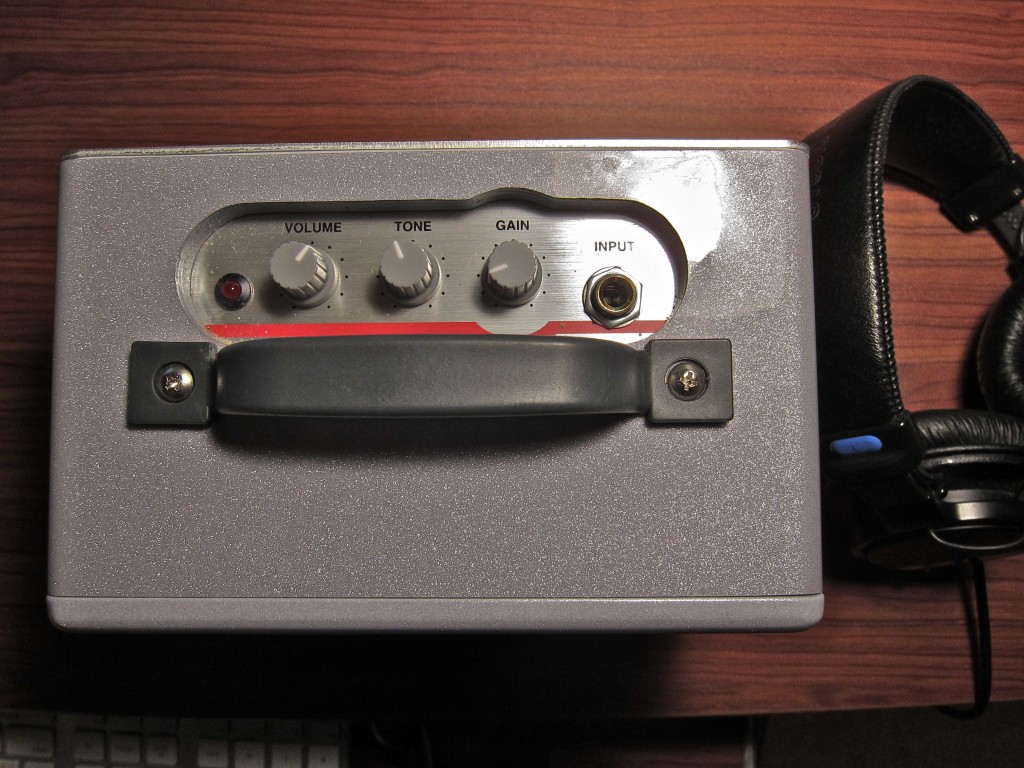 Honey They Shrunk the Amp

For the Junior ($149), ZT has further reduced speaker size to 5″, cutting the overall size by about a third, and somehow cutting the weight in half—less lunch box than snack box. Though its power claim is a more modest 30 watts RMS, that still makes it potentially as loud as a Vox AC-30.

What it gives up to the Lunchbox is headroom; once you push the gain to around noon, it begins to breakup. Higher than noon and it shifts into distortion mode, a place you probably won’t want to hang out. It is only there that digital artifacts and speaker rasp make an appearance.

I found it is best to keep the gain just high enough to fill out the sound, and then use an overdrive in front of the ZT amp to provided distortion. When I plugged a Rockett Pedals Allan Holdsworth Signature model overdrive into the Junior, the combination sounded huge and tube-like. The 5″ speaker’s response to the pedal’s low emphasis switch was amazing. Adding a Guyatone MR2 Reverb enlarged the sound even further. 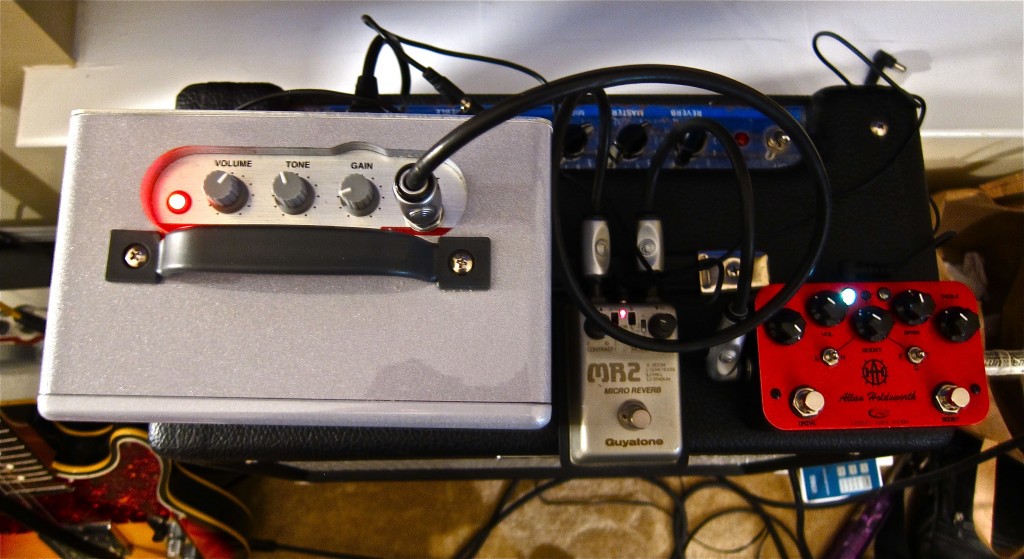 The frequency response of the Junior is wide-ranging and relatively uncolored, making it ideal for plugging in a Zoom MS-100BT, effects and amp modeling pedal. I was able to use the amp models in the Zoom for a variety of sounds. This digital pedal actually added analog overtones to the digital amp. The combination yielded some warm clean tones, as well as some huge distorted sounds—loud enough to disturb the neighbors, if you live in an apartment.

And now for the kicker: the Junior included a 9V output that powered the pedals: the Rockett and the Guyatone at once, or the Zoom. There is also a 12V input that can be powered by an optional battery pack for two hours, or, with an optional adapter, by your car’s cigarette lighter. The Junior has a switch to change from 115 to 230 volts, for European touring, and another to shut off the speaker while you use the headphone output.  A 1/8″ Aux input for backing tracks completes the package.

To help differentiate the Junior from the Lunchbox, ZT has chosen not to offer an extension speaker out. They are positioning the model as more of a practice amp, or for small venues. Still, I yearned to hear what this mighty midget would sound like through a 4×12″ Marshall cabinet.

Is the Junior going to make you sell your AC-30 (or Fender, or Marshall) tube amp? —Not likely. But for the experimental guitarist who often gigs is in smallish lofts or gallery spaces, or any guitarist who needs to not overpower acoustic instruments, the Junior could prove extremely useful. And, you can put it your rucksack and take your bicycle, the bus, or the subway to the performance.

First you will hear a Fernandes Strat, with its DiMarzio Virtual Vintage neck pickup, through the Junior alone, clean.

I then play the Fernandes bridge and middle pickup combined through the Junior alone, followed by the same lick through the same Zoom setup into the Junior.