Danelectro’s president, Steve Ridinger, got his start in the 70’s by manufacturing the fOXX Tone Machine, the now coveted octave fuzz sound used by players like Peter Frampton, Adrian Belew, and Beck. The 3699 fUZZ is a faithful recreation, and a tribute (“3699” spells out “FOXX” on the telephone keypad, and that was the last 4 digits of the company phone number back in the day).

I never owned an original, but did have one of the first reissues in the original, larger, fuzzy housing. At the time it was too large to use and, in truth, fuzz was out of favor. A few months ago, Steve contacted me asking if I knew anyone who had an original. By chance, I was going to Adrian Belew’s house for an interview and asked him if he had one. He did and I shot and sent these to Steve. 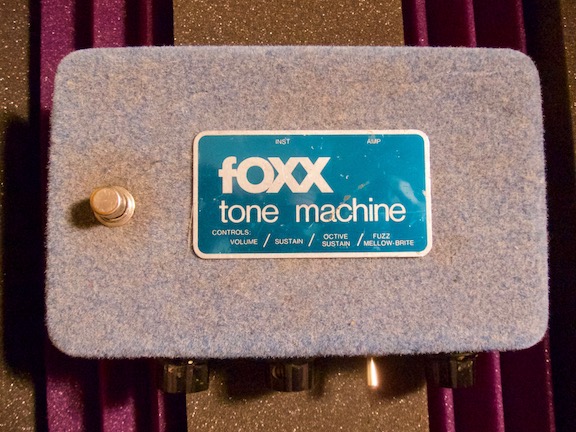 This reissue version sounds great and I can’t wait to see it at NAMM and then get my hands on it for the next GM Ultimate Fuzz Roundup.

1 thought on “The fOXX Tone Machine is back!”