The new Nashville Music City Center hosted Summer NAMM for the second year in a row. Though the summer version has become a very guitar-centric show, it normally skews pretty traditional. This year offered a surprise, though. In amongst the usual din of metal, blues, bluegrass, jazz, and country licks, a duo took the stage at the sizable Earthquaker Devices booth to perform a set of ultra-modern musical noise. Guitarist Nick Reinhart (Tera Melos) and bassist Jonathan Hischke demonstrated the unusual, cutting-edge tones that can be extracted from this company’s product line. Look for an upcoming interview with Reinhart. In the meantime, here are some things from the show that might be of interest to modern guitarists.

While we are on the subject of Earthquaker Devices, the company previewed Afterneath, a reverberation machine using a swarm of short delays to create wild, cavernous reverbs and scattered, short rhythmic delays with bizarre characteristics. The Length control adjusts the decay of the reverb; anything from shorter hall through endless plate sounds. The Reflect knob feeds the output back through the input, while the Drag control slows down or speeds up the reverb. The Diffuse knob adds control over the reverb spread. The Dampen control adjusts the tone. 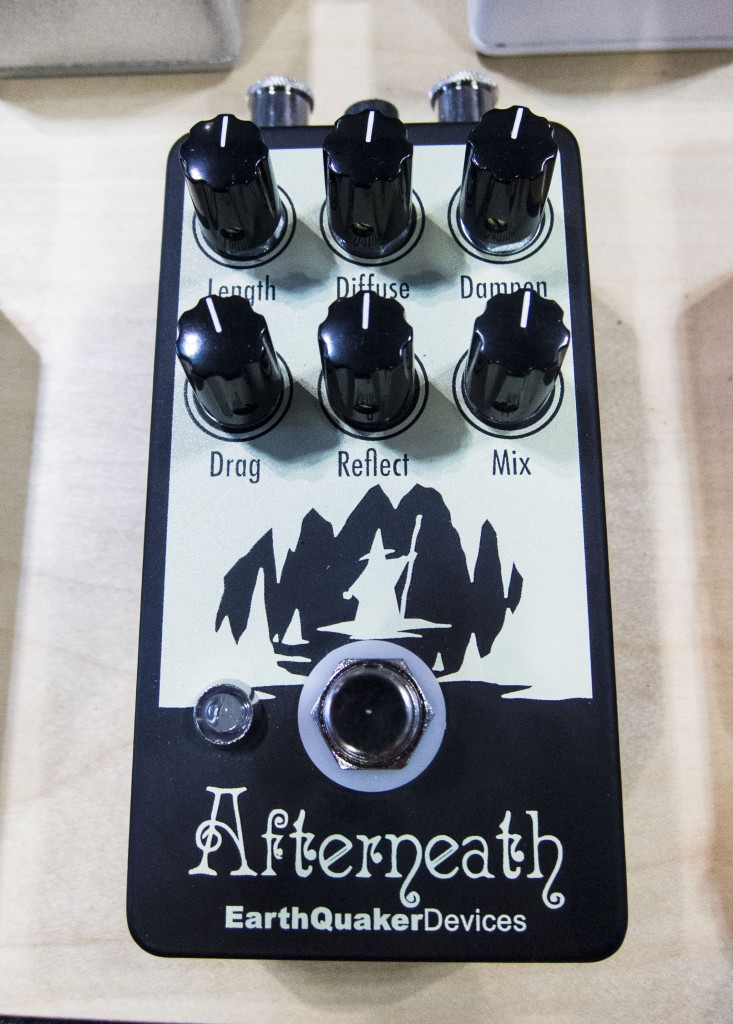 After a deluge of requests, Earthquaker finally offers a version of the TS808—but with their own twist. The Palisades offers six different clipping voices, five bandwidth settings, and two gain channels. The clipping voices determine how transparent and open, or tight and crunchy, the distortion is. This varies drastically depending on where the gain is set, what channel is active and how much bandwidth is being used. The bandwidth sets the frequency response of the distortion, from thin, light and clean, through fat, heavy and crunchy. Gain A is lower gain with a wider range of grit. Gain B is higher gain with a tighter range. The Palisades also has a foot switchable volume boost with adjustable level. A normal/bright switch matches the overall tone to different amps and guitars, while a buffer on/off switch tightens up the tone and makes it sparkle when “On” or warms it up and makes it sag when “Off”. 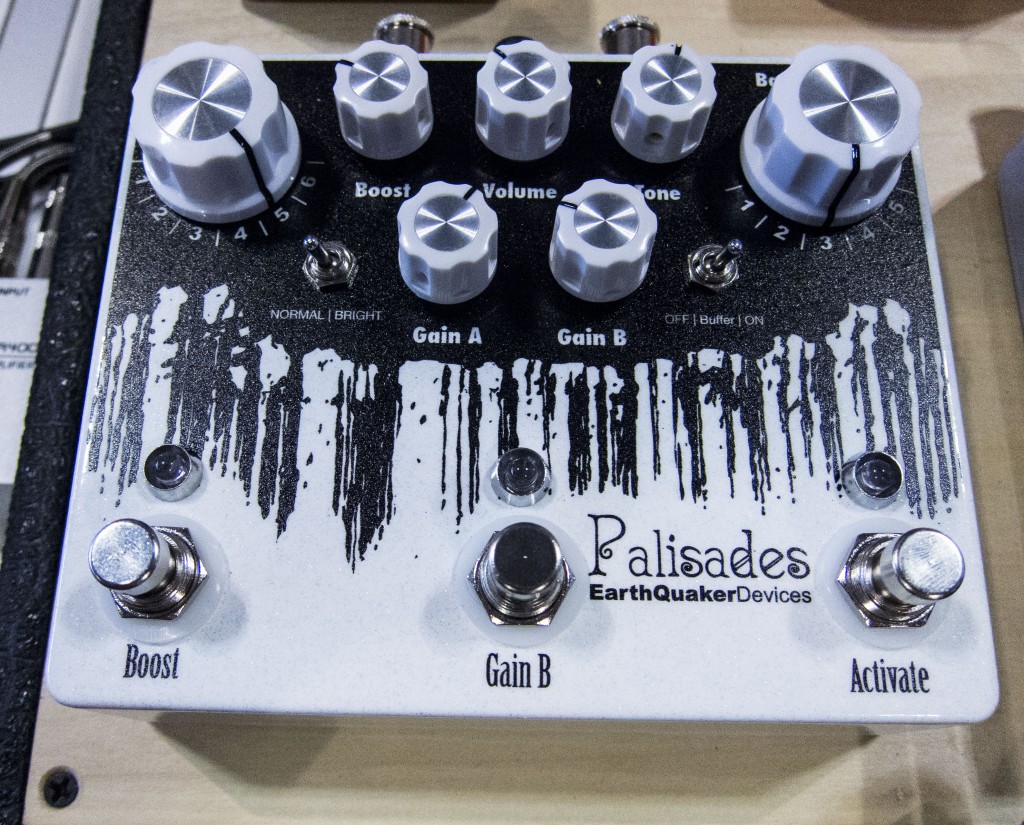 The Arrows pedal is an all-discrete tone sculpting preamp booster, designed with the intention of adding an additional channel of gain to all your dirt pedals as well as brightening up neck pickups. It boosts midrange, tightens up low end and makes the top end shine while adding some push to drive your dirt into more sustain with additional harmonics. The single control either boosts or cuts the signal. 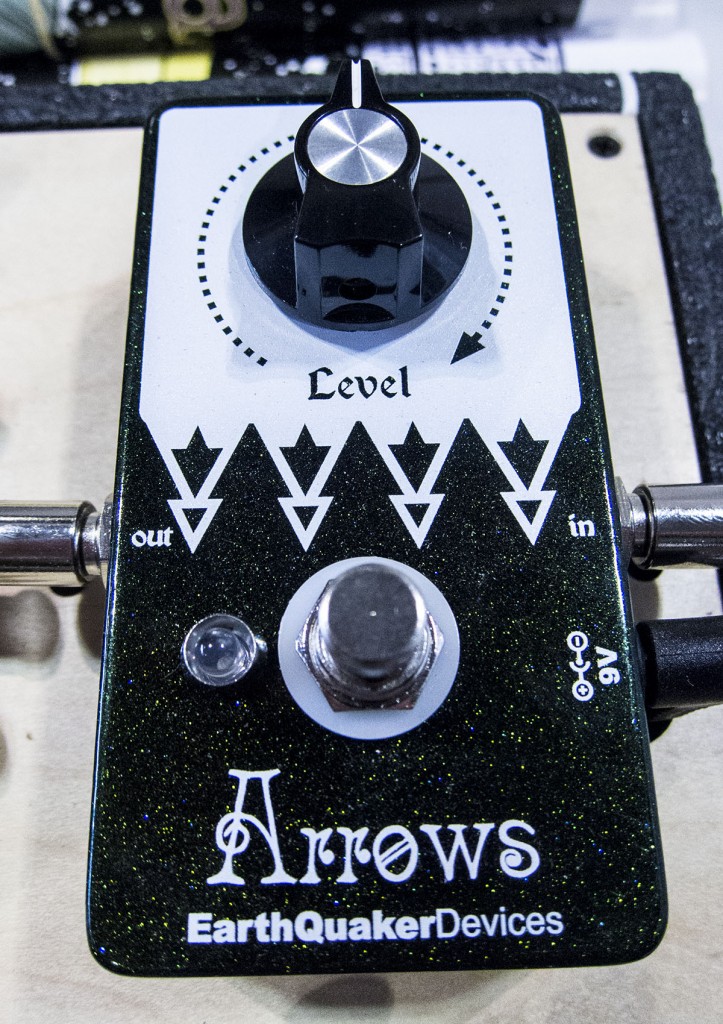 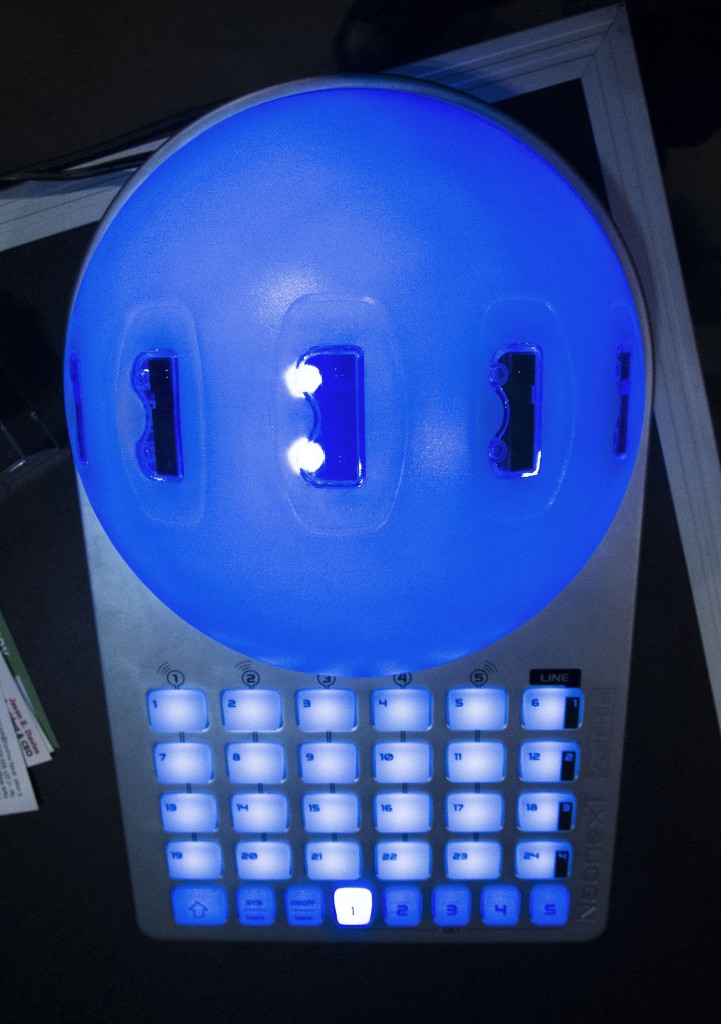 The glowing Crystal Ball from Naonext has a keypad operating five optical sensors that send MIDI messages. These can simultaneously control numerous effects, notes and samples. Its “Mem” function allows it to memorize the position of your hands, holding a sound, sample, and/or effect active while you add other sounds. The idea of waving a guitar neck through these sensors intrigues. Turban not included.

Dwarfcraft displayed, Tudokan, a self-oscillating distortion/fuzz that you can play though or just stand back and let it do its thing while you manipulate the knobs. 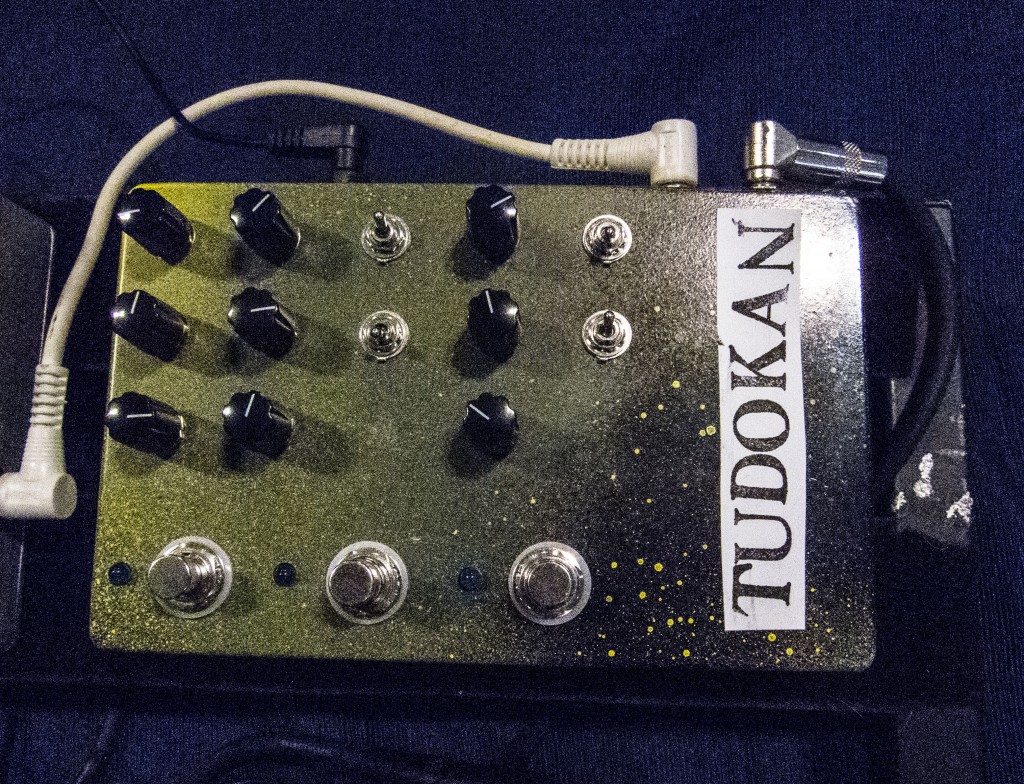 Griffin technology presented PowerMate Bluetooth that connects to any compatible Mac wirelessly via Bluetooth 4.0. It is a wireless programmable controller that replaces extra keystrokes with a twist or a click. It scrolls, scrubs, and/or clicks like a mouse. It is user-configurable to control most Mac applications. 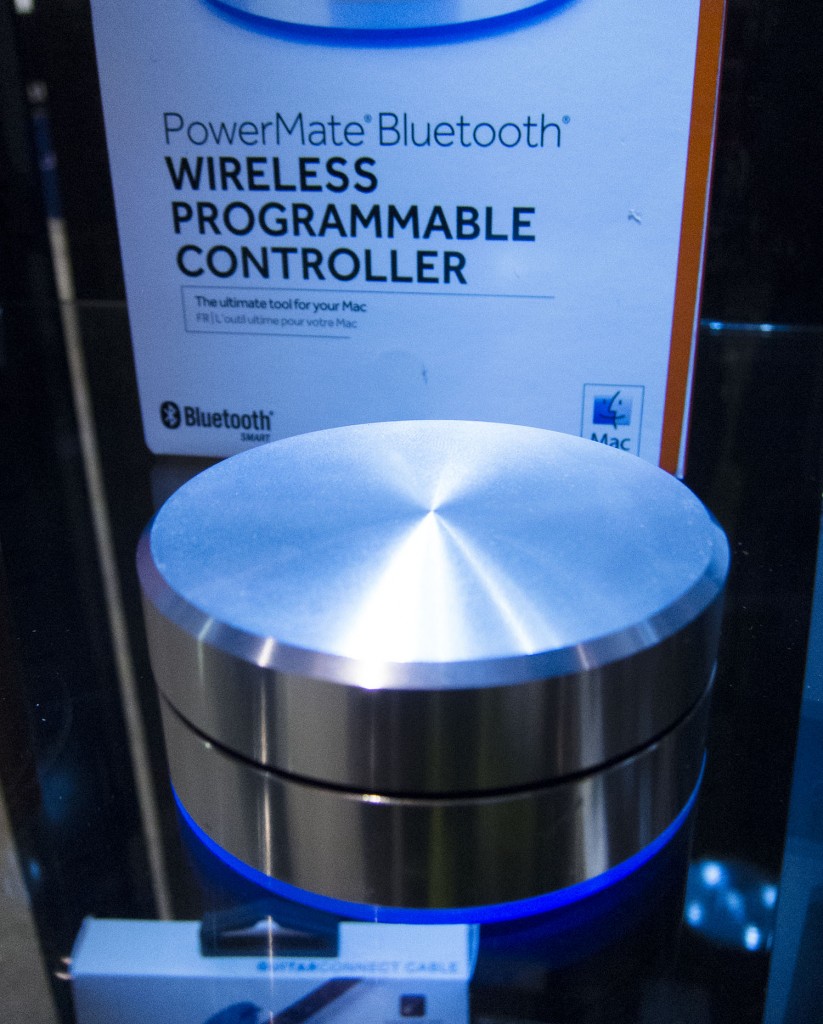 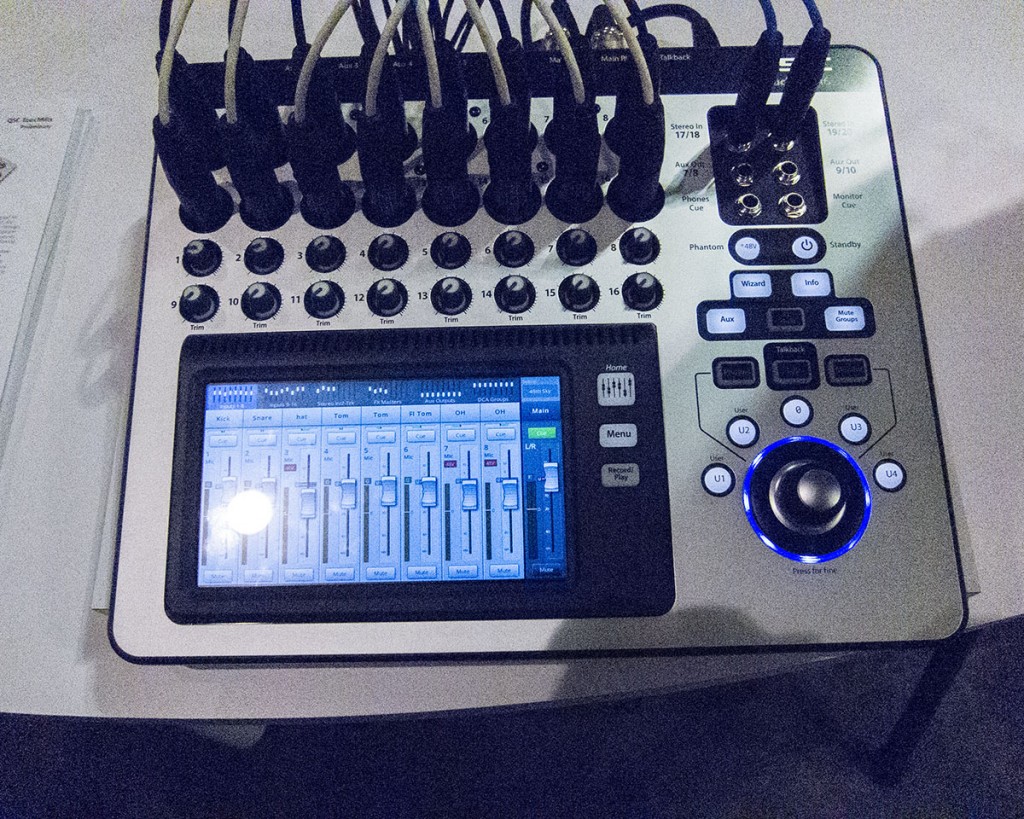 Guitar meets electronic music with the Zivix jamstik [sic] guitar MIDI controller for iPad, iPhone, and Mac. It offers the nuance of guitar playing when controlling music creation iOS apps or Mac software. The 15″ long device allows string bending and uses infrared light to “see” what your hands are doing in real time for fast MIDI control.The JamTutor app for iPad displays visual fret cues for instruction purposes, while a separately sold hardware device called PUC allows the guitar (or any other MIDI device) to run wireless. Look for a review soon. 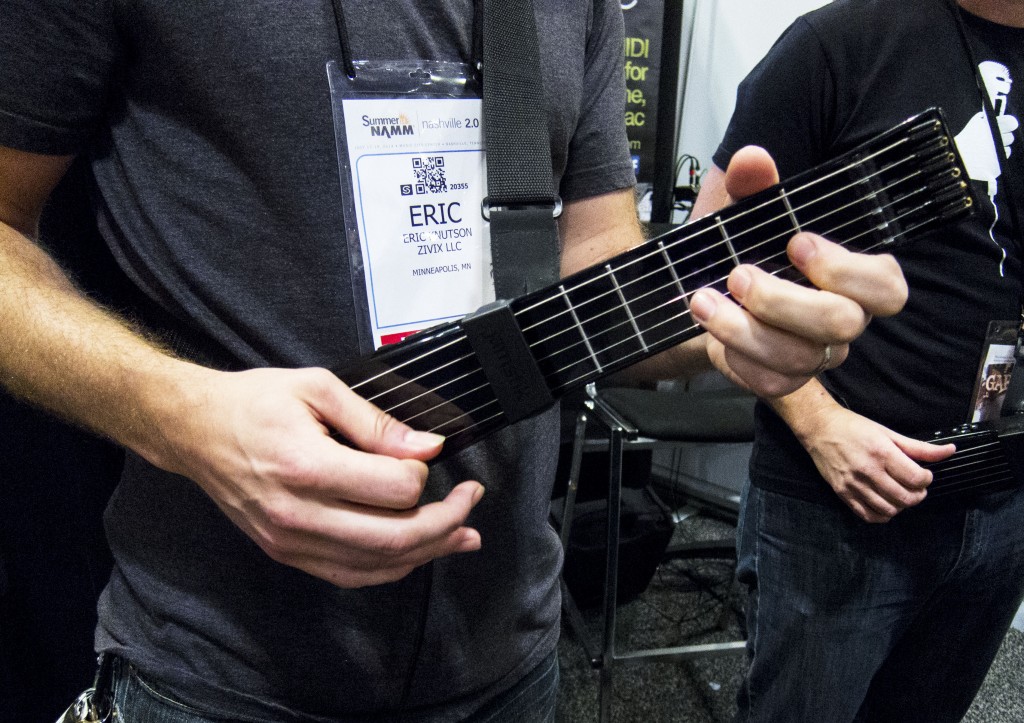 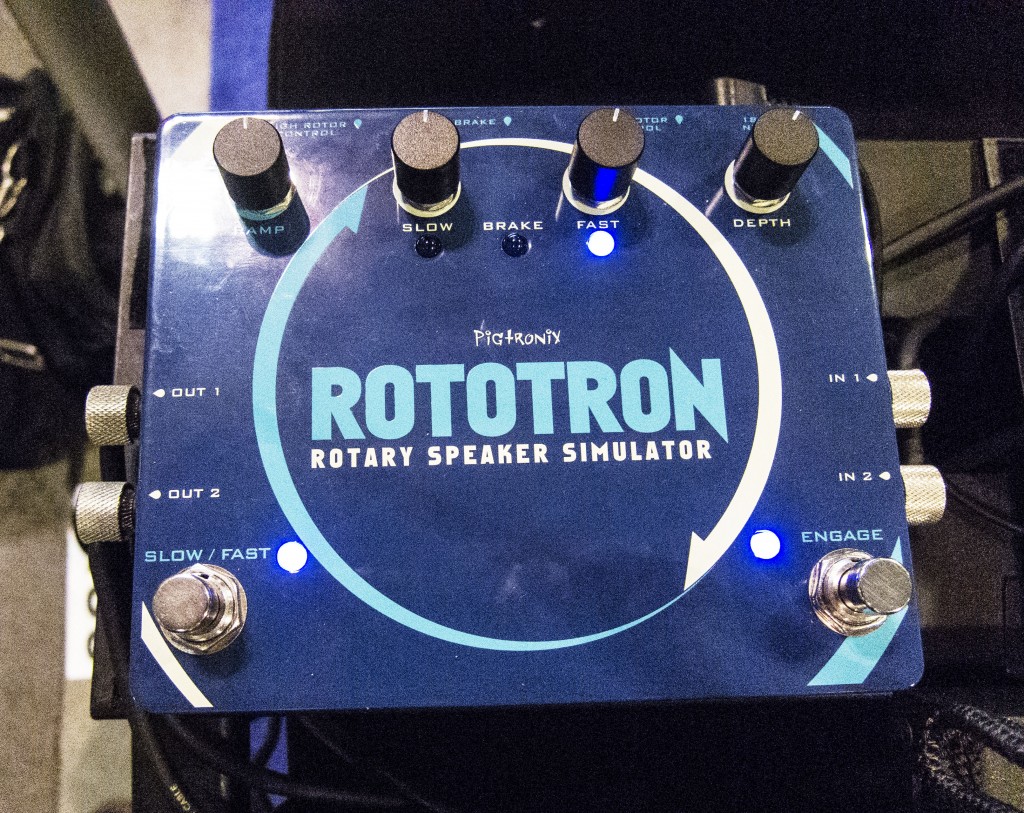 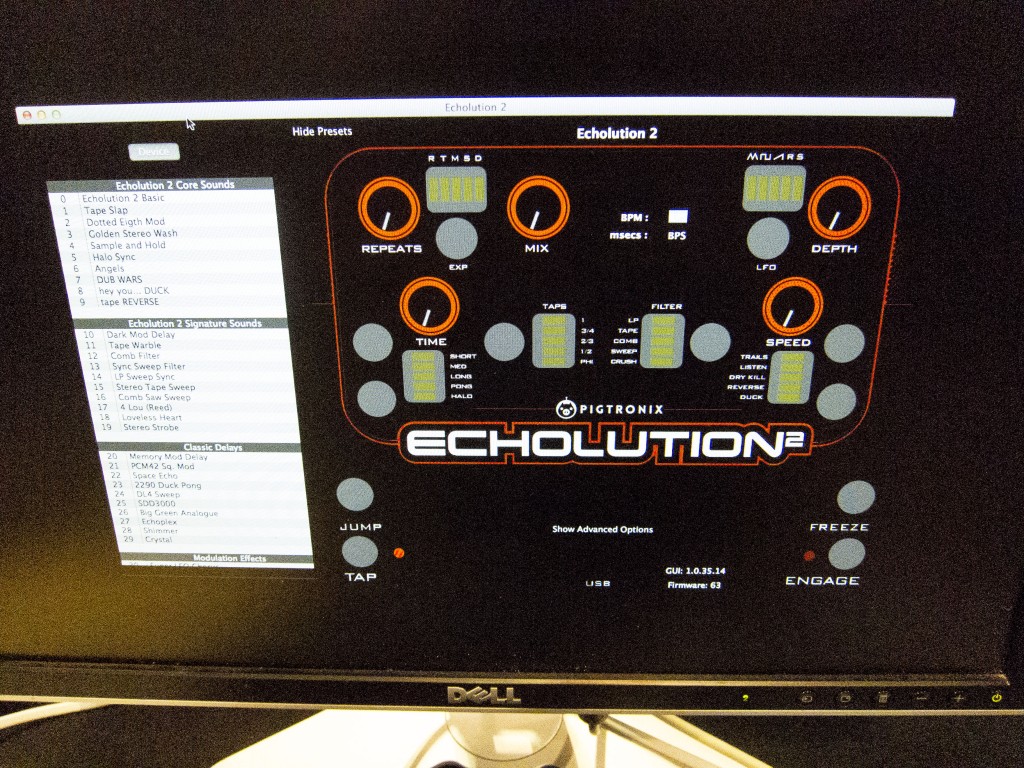 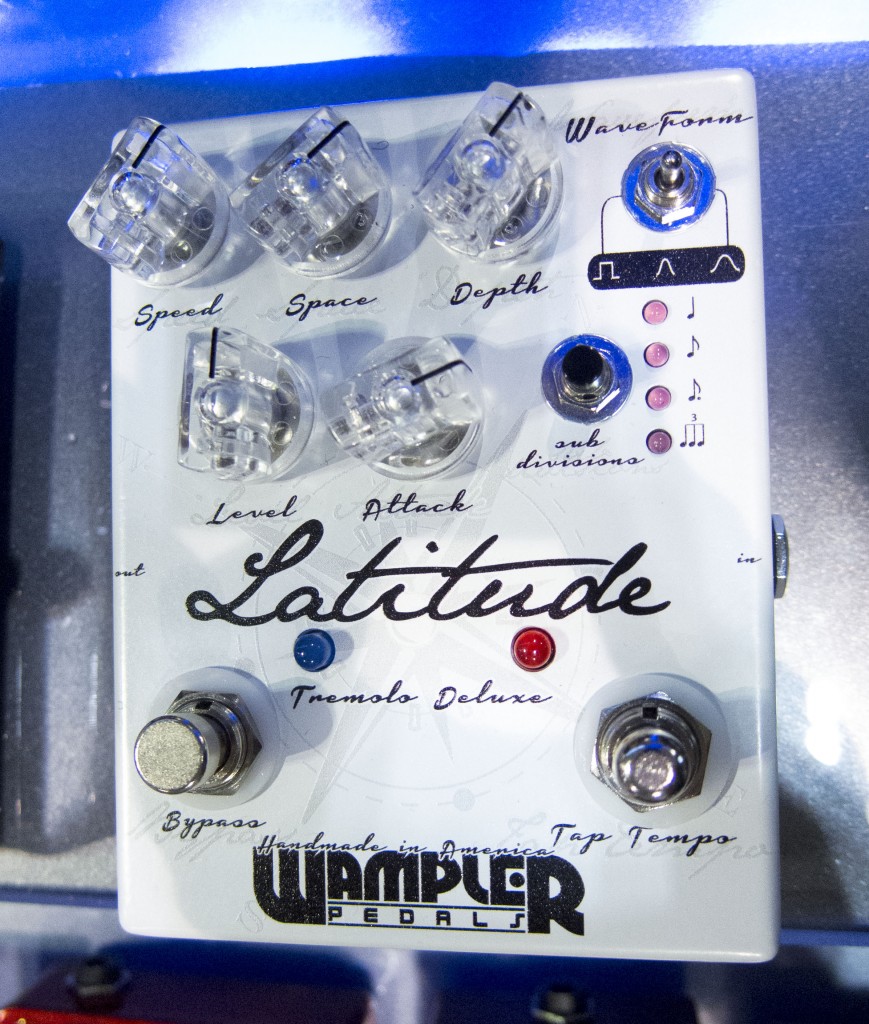 The Time Traveler is an auxiliary BPM syncronization pedal that sends preprogrammed BPM presets to delay, tremolo, slicer and any other pedals an external tap tempo jack. It offers up to 10 programmable presets that you can dial or tap tempos into. 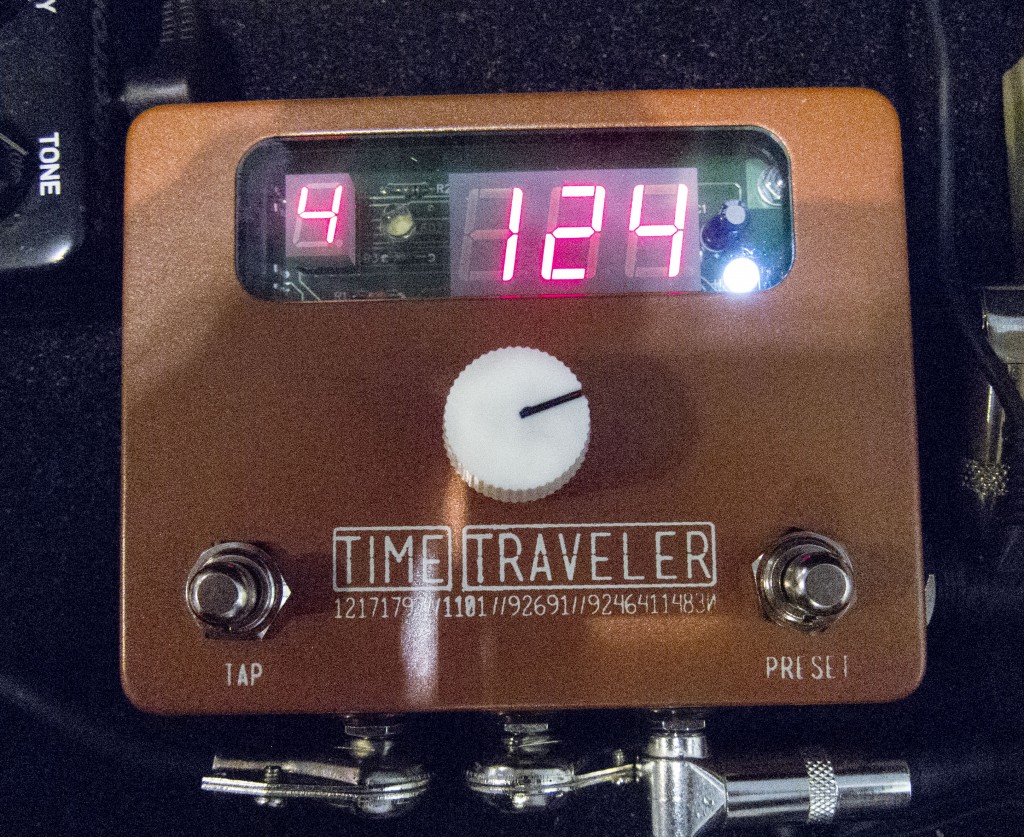 Finally, for tweakers, Übermut is an overdrive pedal that lets you craft your own sound using Tone Packs. A Tone Pack is a group of parts that alters the tone of the overdrive produced by the pedal. You can mix and match Tone Packs to explore thousands of tones ranging from a clean boost, to overdrive, to distortion, to gnarly fuzz. 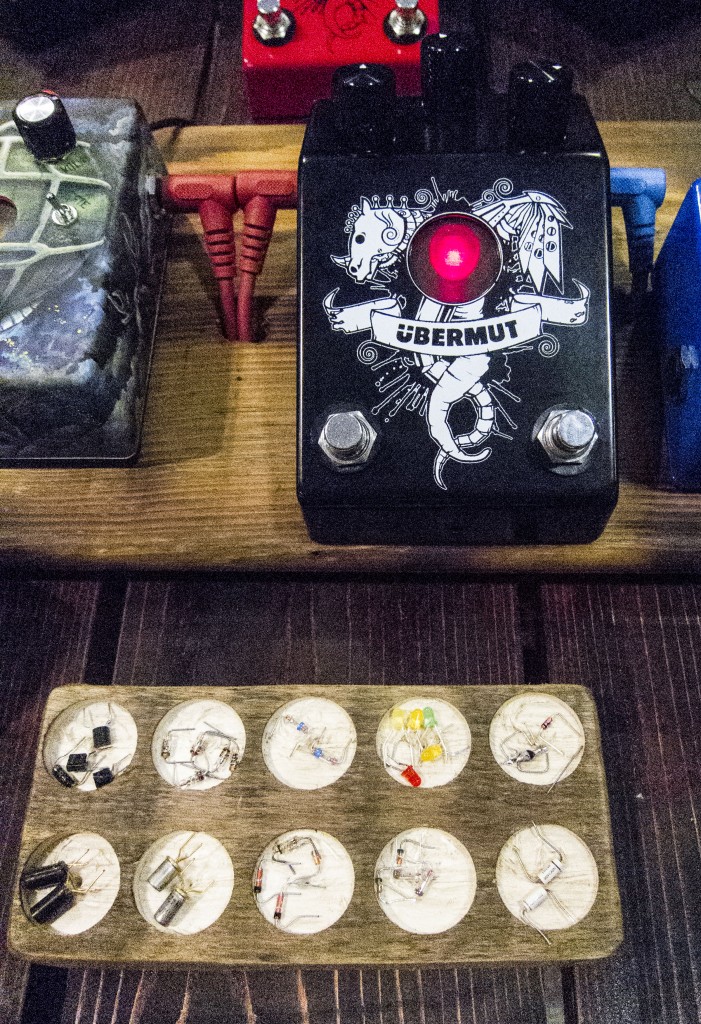