This year marked the first year NAMM’s summer display of goodies for guitarists (and other musicians) was housed in Nashville’s new Music City Center. It will also go down in SNAMM history as the “The Pedal Show”—it seemed like every other booth housed a plethora of effects pedals for guitar! 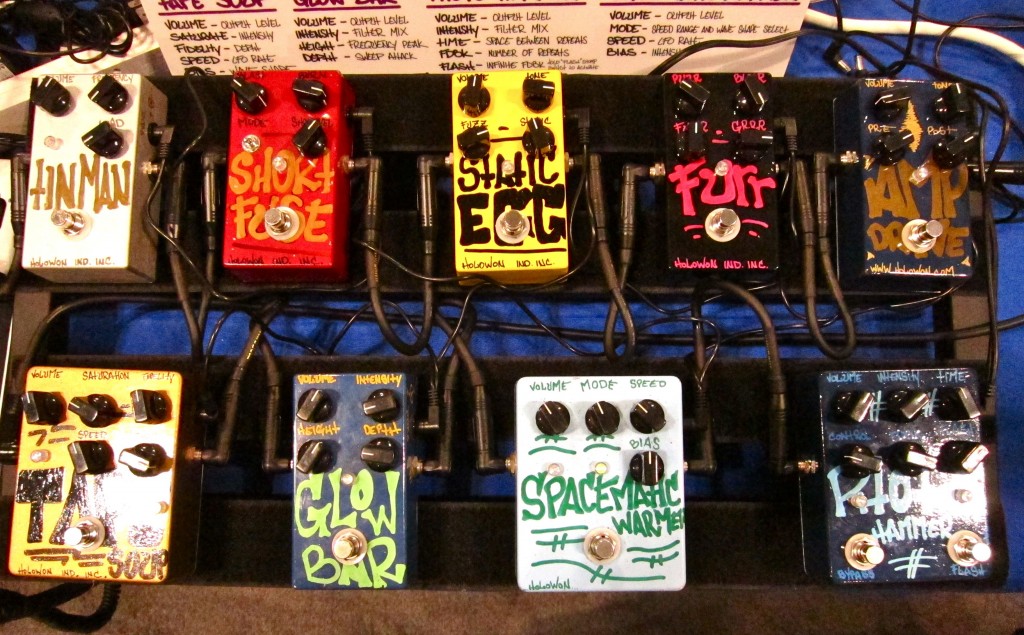 The gigantic facility was a step up from the previous convention center but has areas that can be improved. The good news is, despite its enormous size, the acoustics were far from cavernous, keeping the din of amplifiers and drums under control. In fact, the hall was so non-reverberant it was hard to hear acoustic guitars, their projected sound going off into the ether, never to return. Of course, actually hearing anything at NAMM is always an issue and in the end it was a pleasure not to have to wear earplugs. 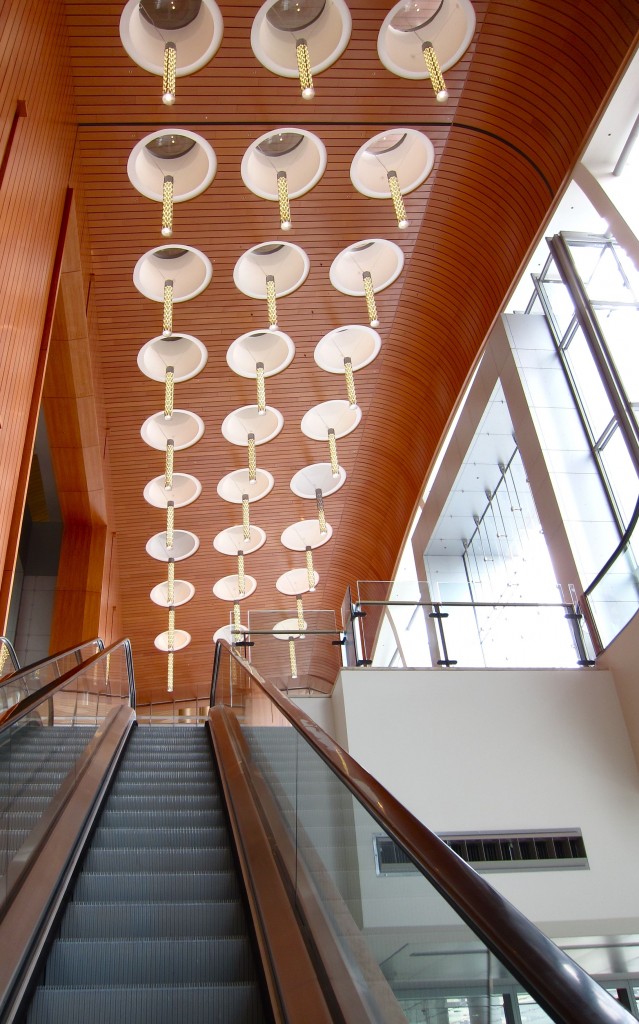 Summer in Nashville tends to be HOT. Unlike the old location, which was next door to numerous food emporiums on Broadway and Church Street, the new center is a torrid trek away from places like the fabled Jack’s BBQ. It would be nice if there were a greater (and less overpriced) selection of food right on the air-conditioned premises, along with more seating for the lunchtime rush. Also, a single two-lane exit combined with a confusingly labeled credit card reader made getting out of the underground garage at 6PM a twenty-minute proposition. Enough griping—on to the goodies. 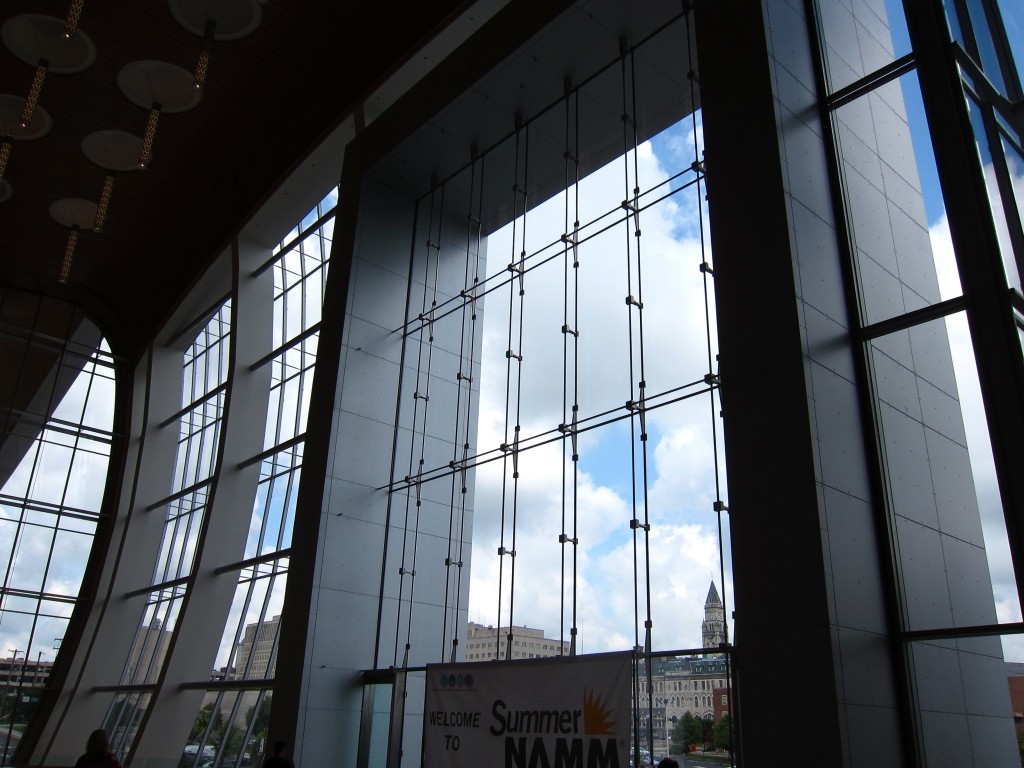 I finally got my hands on the Artiphon and was suitably impressed. Art critic and bon vivant Dave Hickey once described bad art as inspiring “Wow, huh” and good art as “Huh, wow.” By this definition, the Artiphon is great art. Once you get over the “huh, what the hell is this” reaction, you realize the ingeniousness of it’s design. Throw on a strap and you can play it like a guitar, or stick it under your chin and play it like a fiddle. 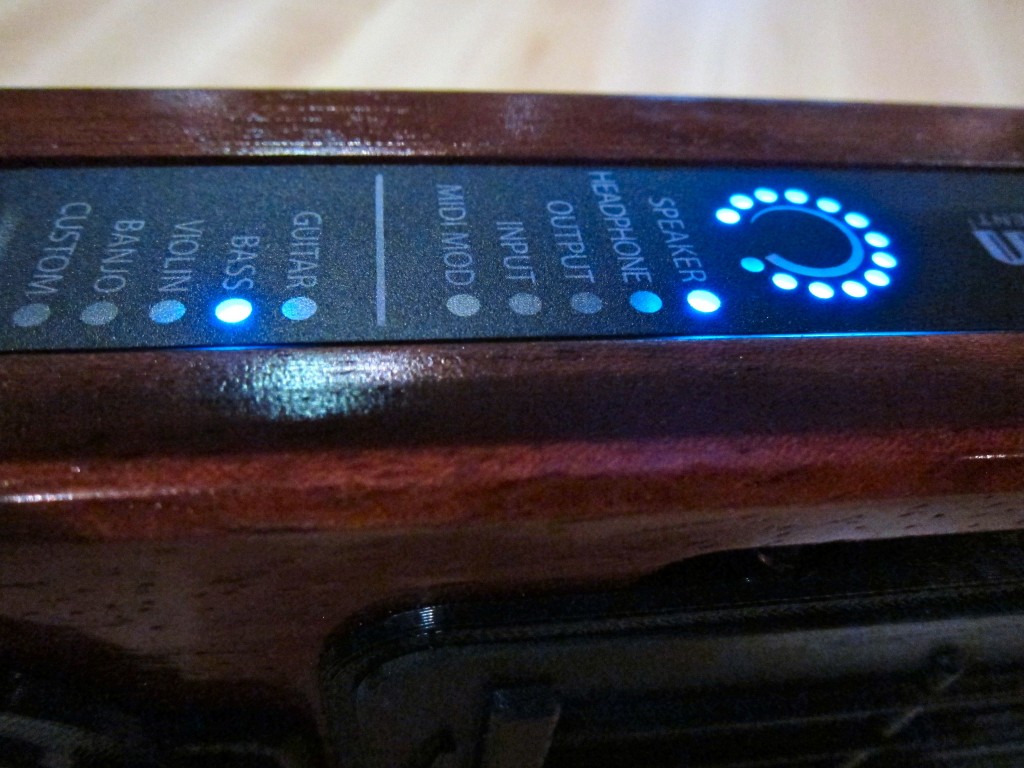 I hope to be doing some beta testing with their office in Nashville and will provide a full report soon. Until then check out the website. I ran into Adrian Belew at their booth, where we discussed doing an interview about his new Flux project in a couple of months. 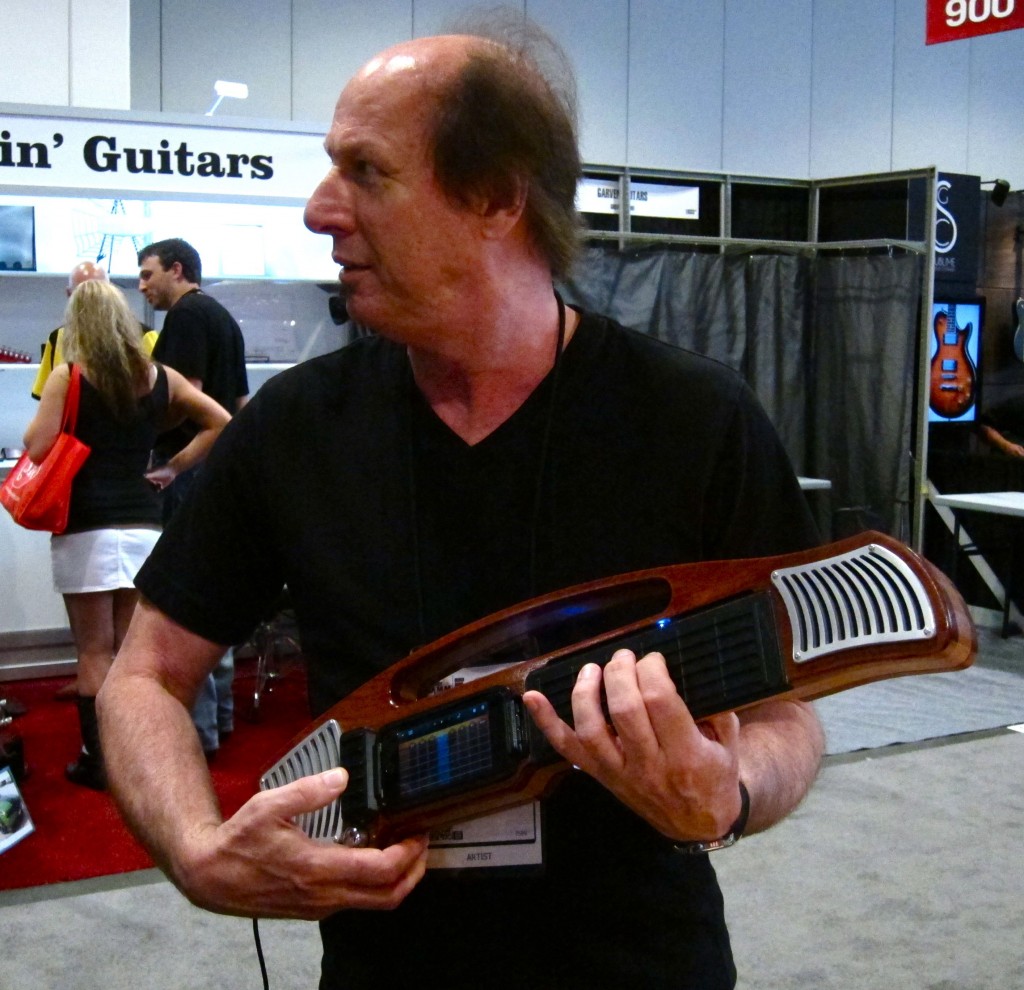 The Earthquaker Arpanoid looked to be the most interesting new pedal for modern guitarists. A polyphonic pitch arpeggiator uses eight different modes covering major and minor sounds, it glisses between octaves, among other things, and ultimately begs for experimentation. 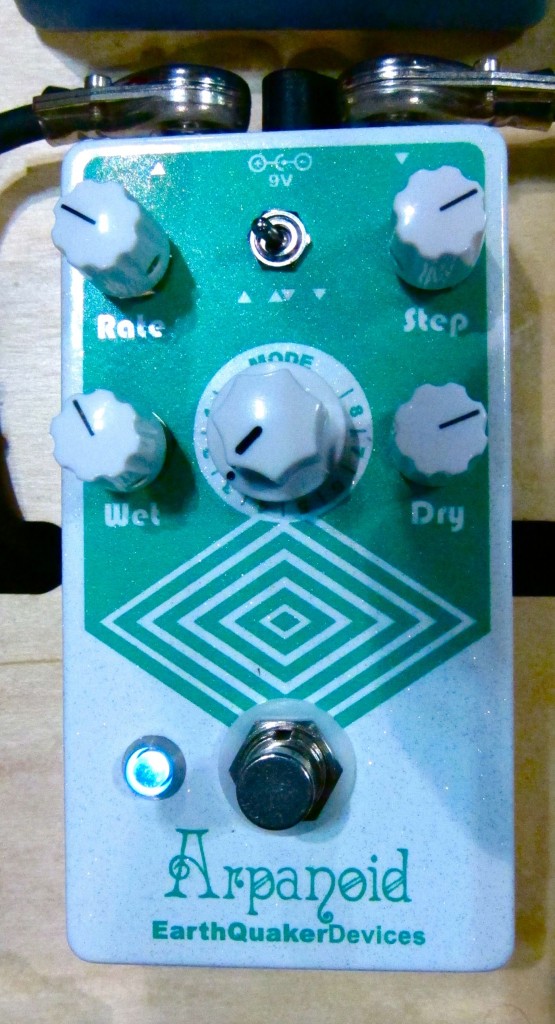 I had never seen Fairfield Circuitry pedals before. I admired their industrial look at the show, but had to wait to check them out online before discovering they are geared heavily toward modern sounds—especially the Four Eyes and the Unpleasant Surprise. 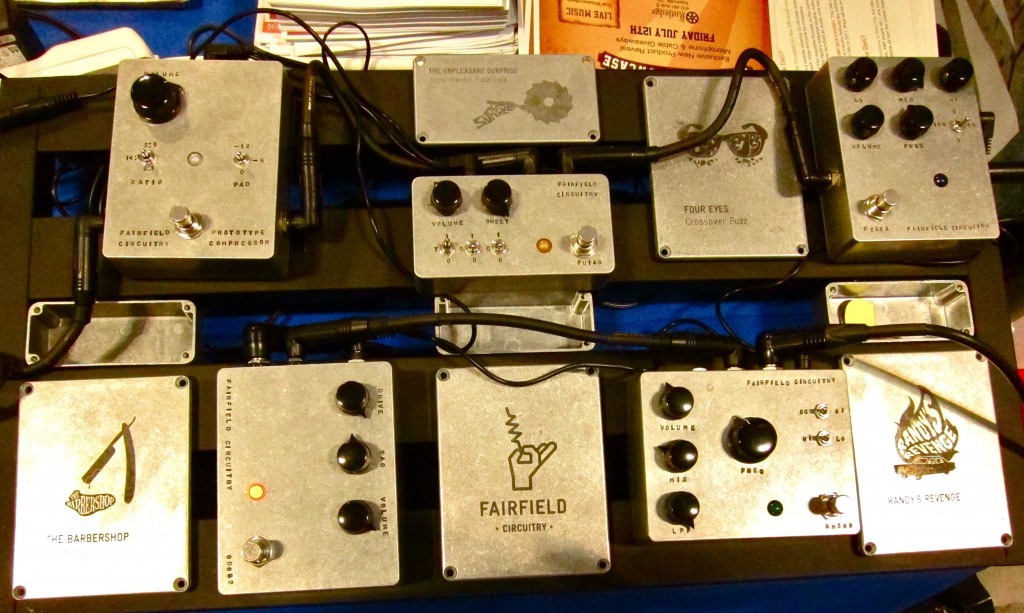 Zvex’s Snow Box does unique and interesting things with white noise by crossfading it with your signal. 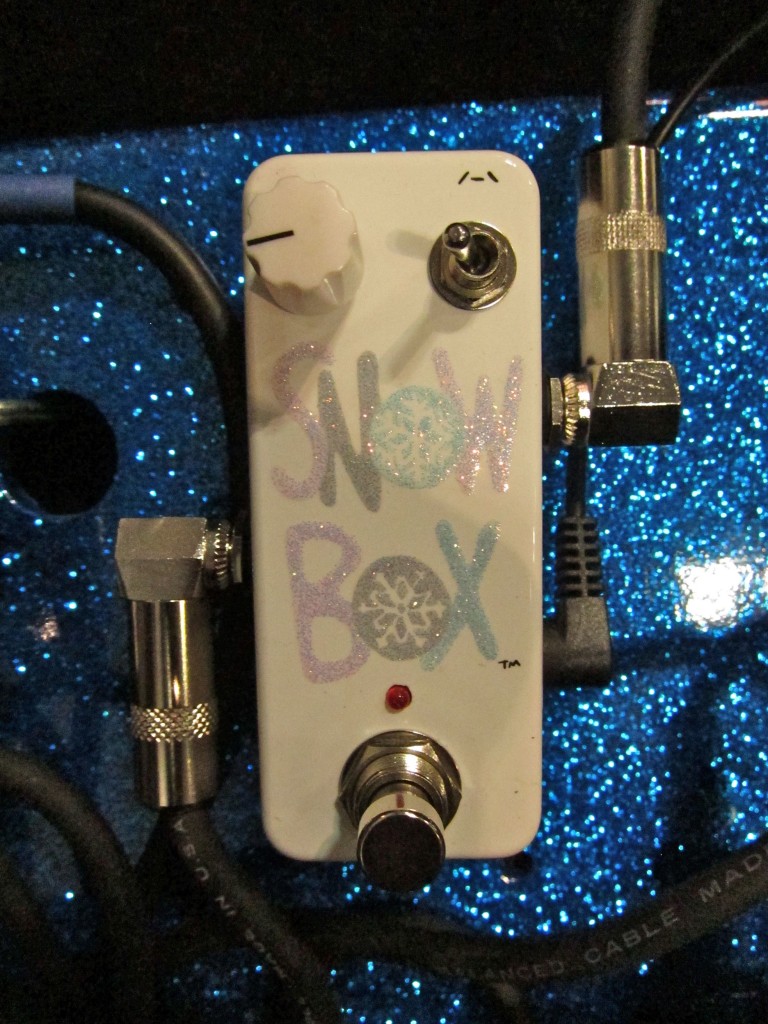 Their Fuzz Factory 7 (T?) showcases its special transistors, but mostly is really cute. 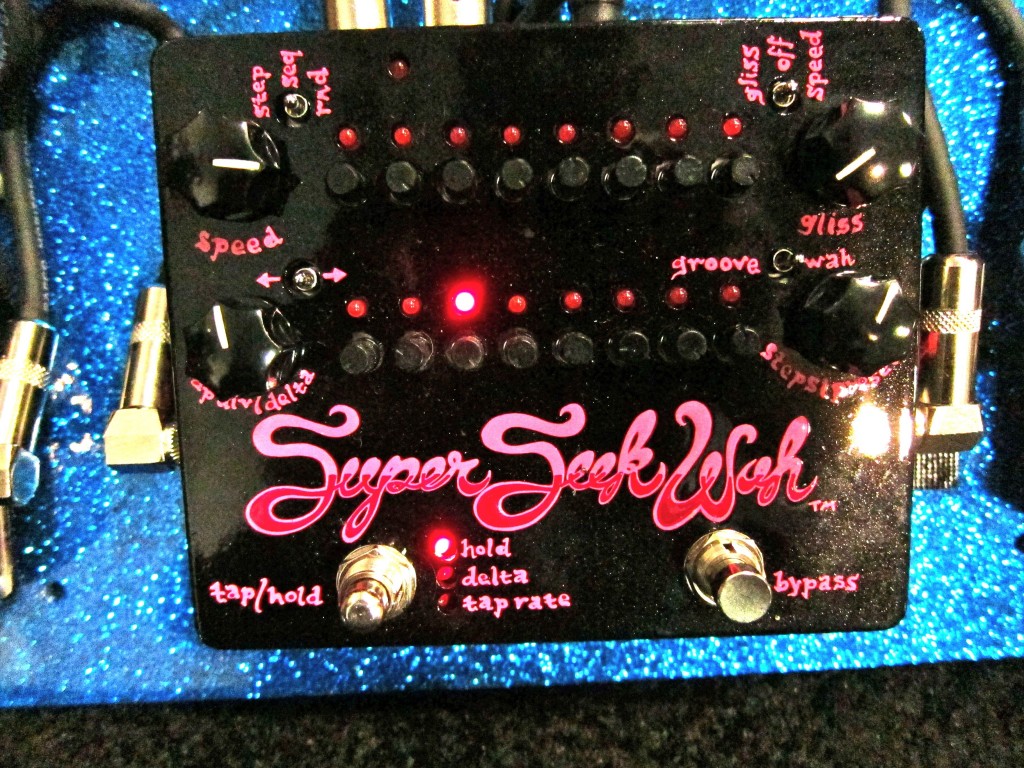 Voodoo Lab is working on something similar, in a smaller package. Stay tuned. 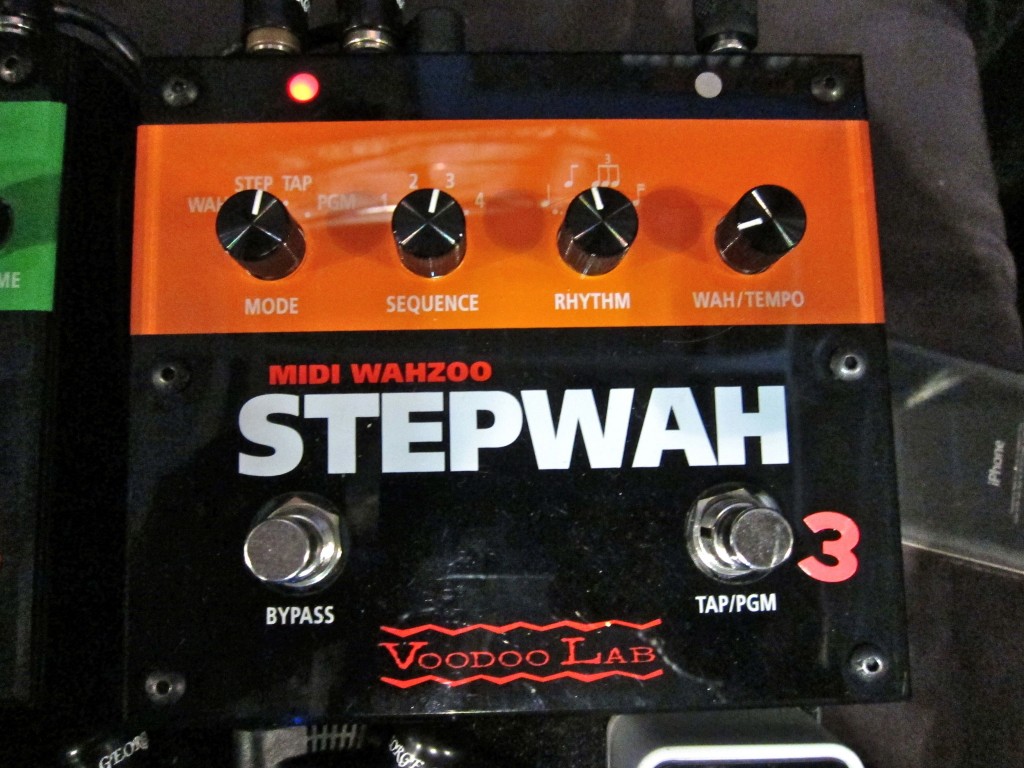 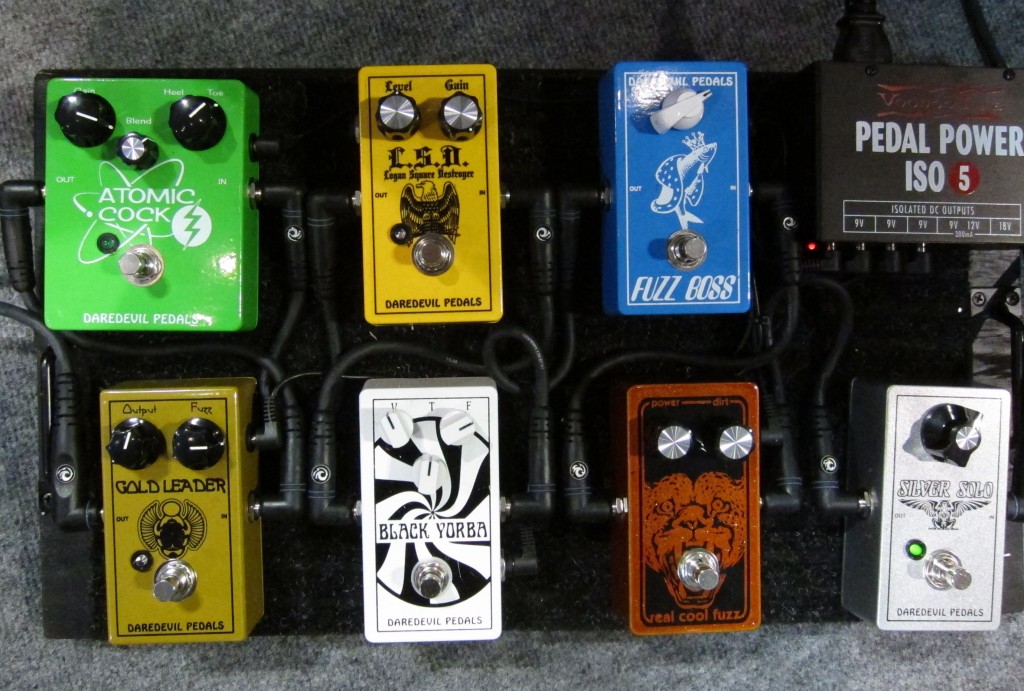 Some of the best sounding fuzz pedals around were in the Skreddy booth hidden in a corner of the show floor. Dude makes terrific sounding fuzz effects but really needs to wear shoes and socks when demoing them. 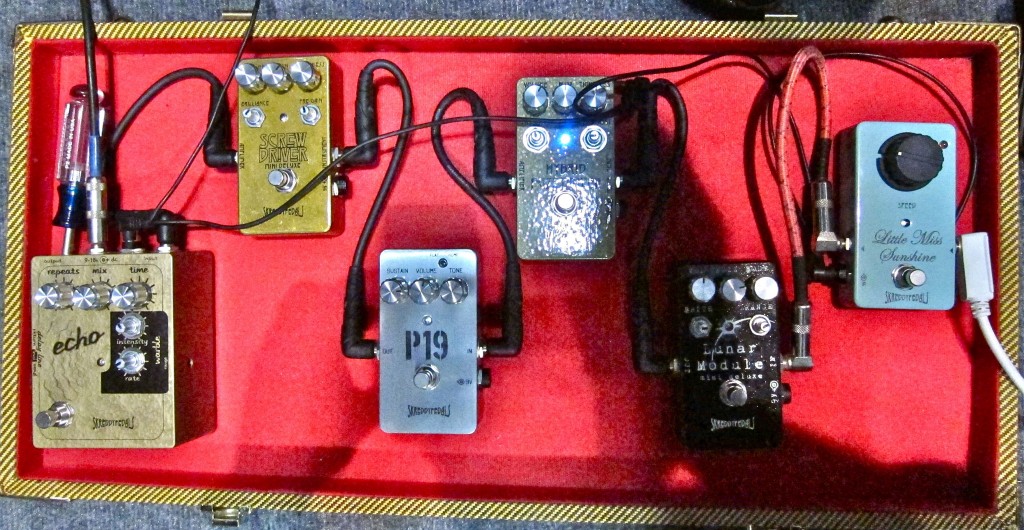 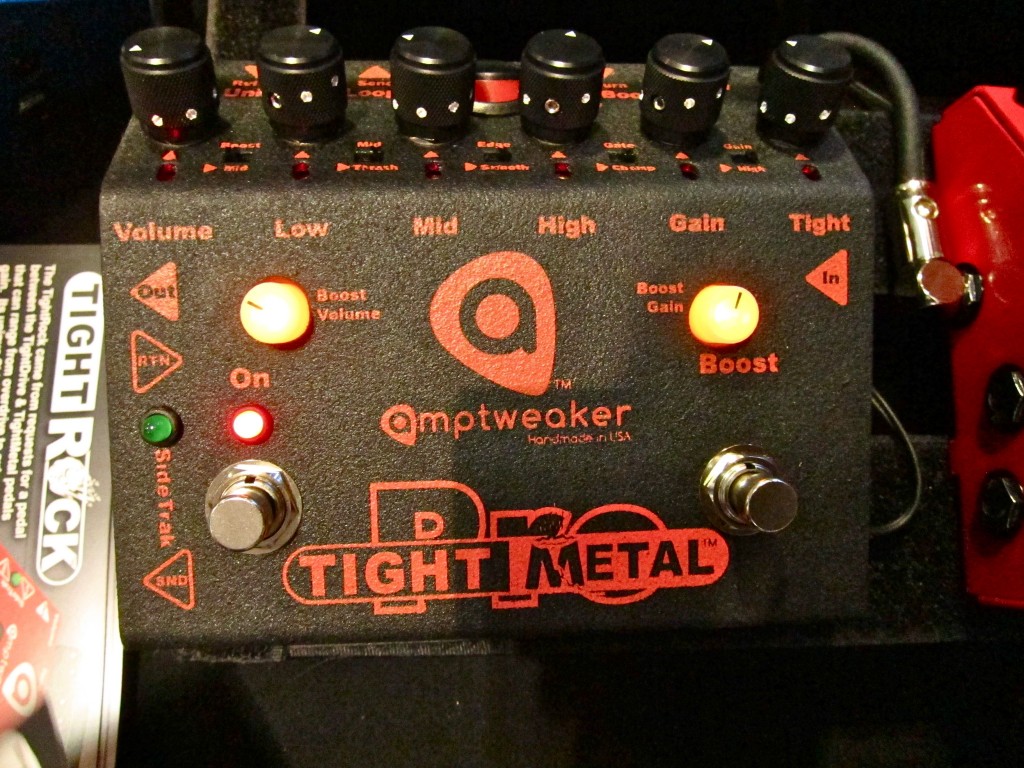 Tone Concepts is a boutique pedal store in Canada that distributes the Greek made Jam Pedals, among others. They showed their own entry: The Distillery. Named and approved by Nels Cline, it uses a parametric-style mid control to serve up a wide variety of grit. 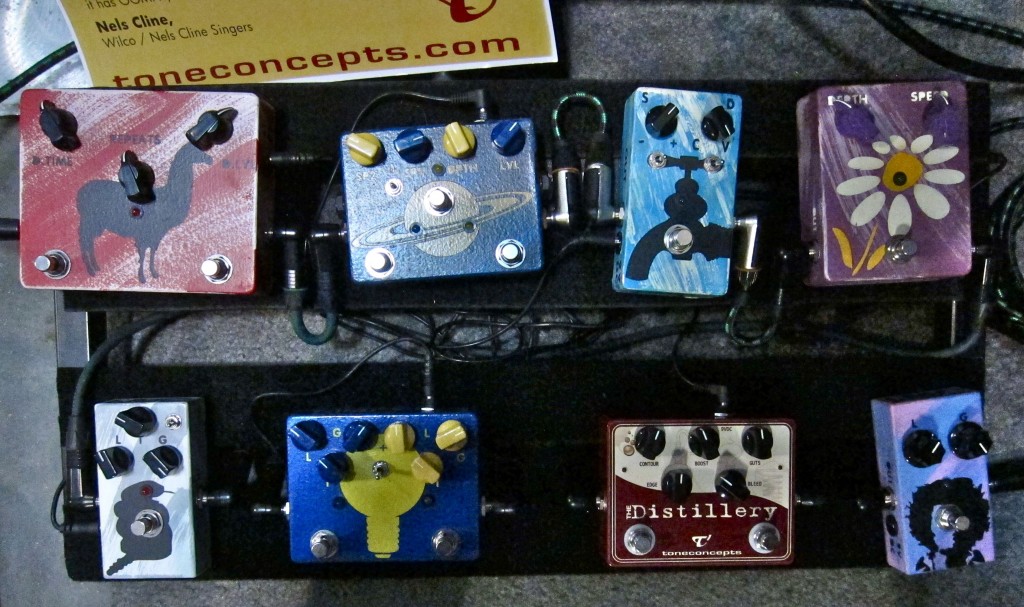 The new Empress Nebula stocks three modulation effects in one box. Chorus, Vibe, and Flanger can be molded through a variety of parameter permutations and then up to eight effects can be stored—each with its own LED color. 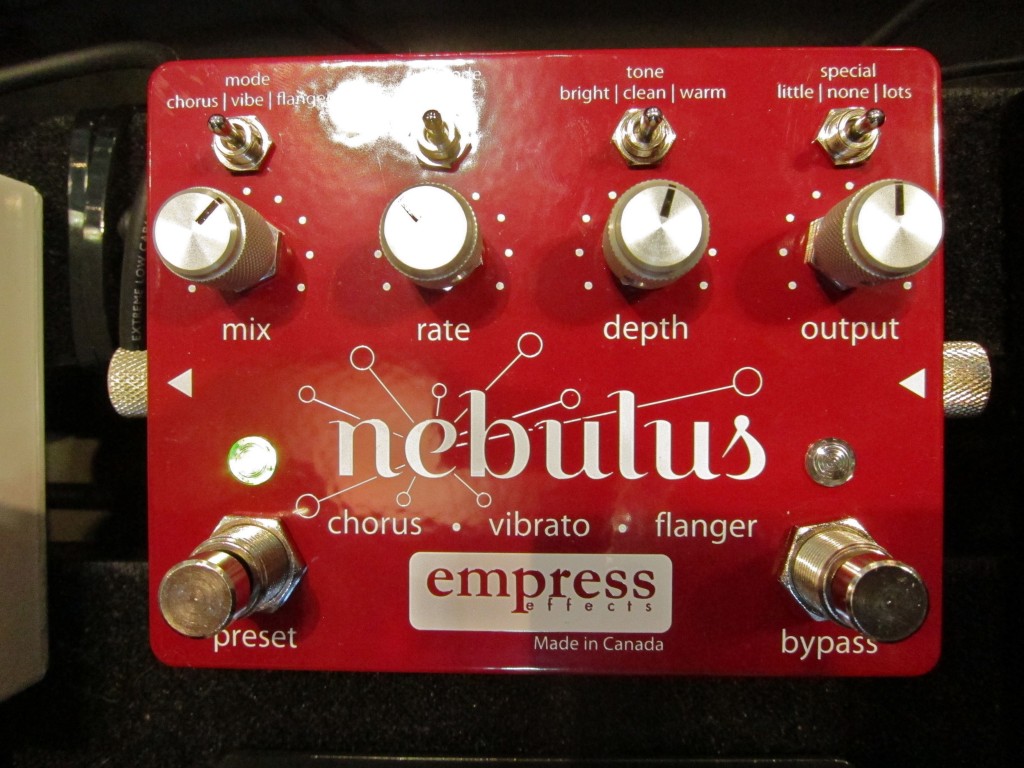 Australia’s MI Effects are worth seeking out for versatile grit boxes. 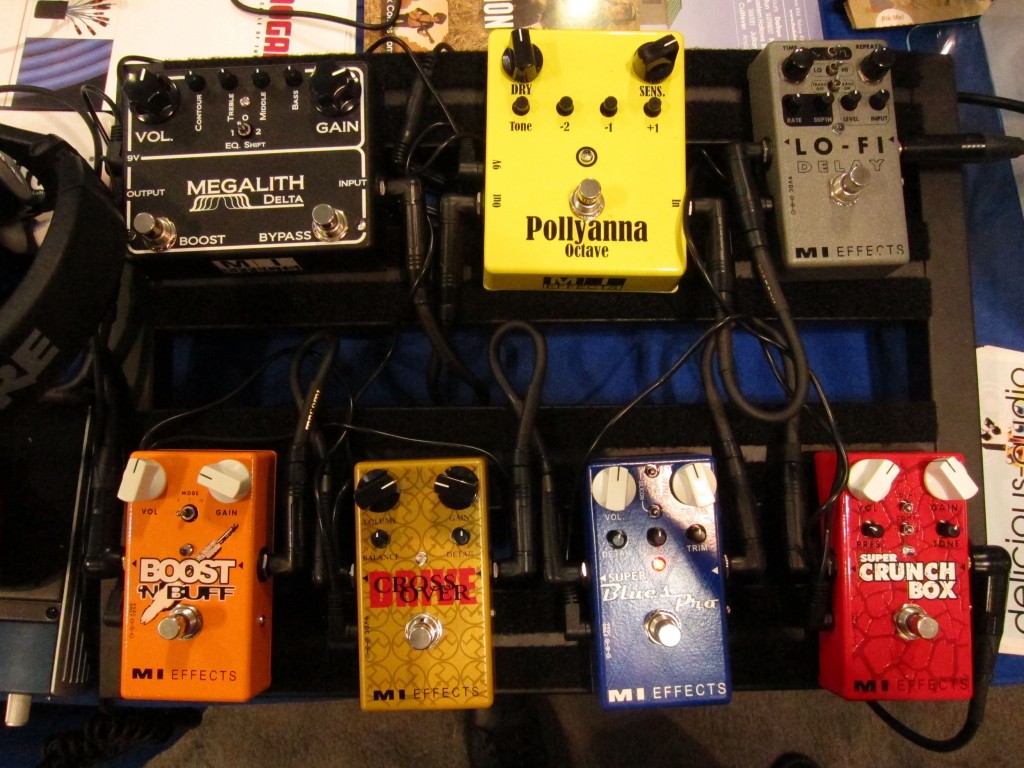 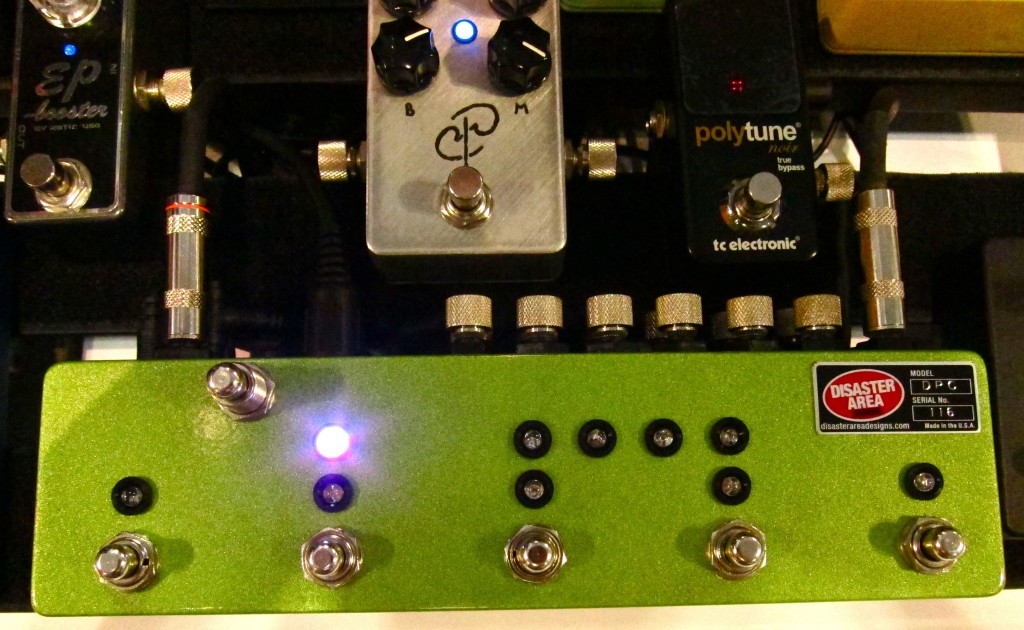 Some of the amp manufacturers at NAMM could have used Recycled Sound’s Powerplug 100. This amp attenuator would have kept their tone pure at more reasonable dB levels. 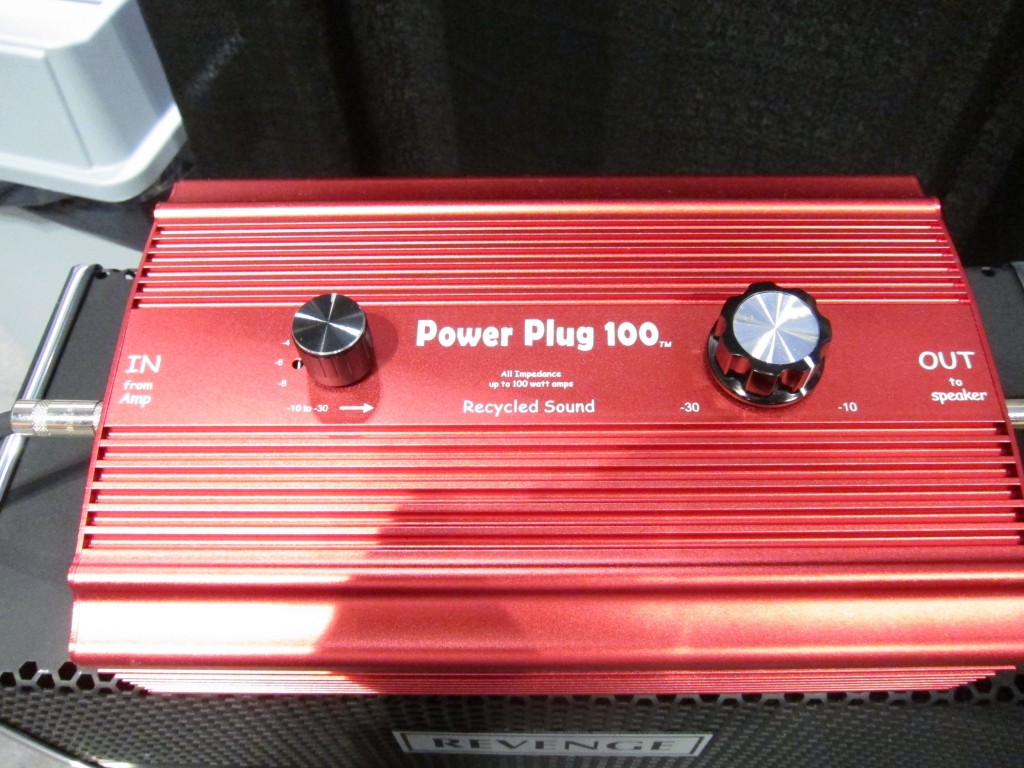 Godin’s Seagull line offers more acoustic bang for the buck than any other manufacturer. These Excursion models of natural Canadian wild cherry wood are $299 street, but sound like instruments going for over twice that.

Sublime Guitars was another group of instruments that played well above their price point. 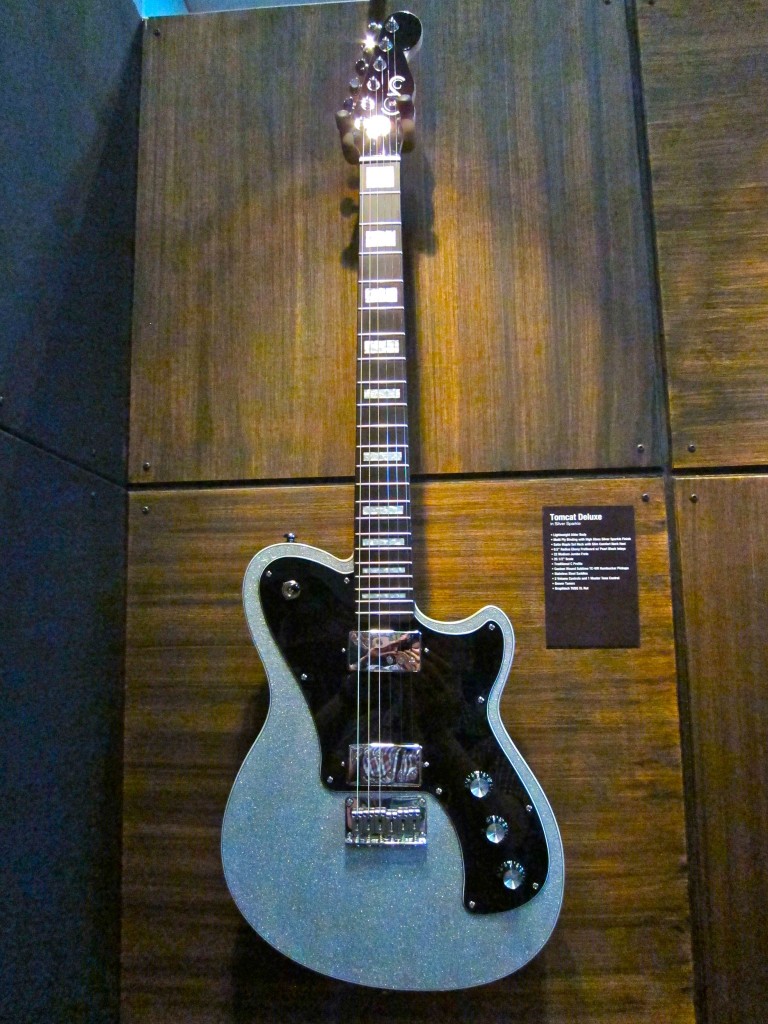 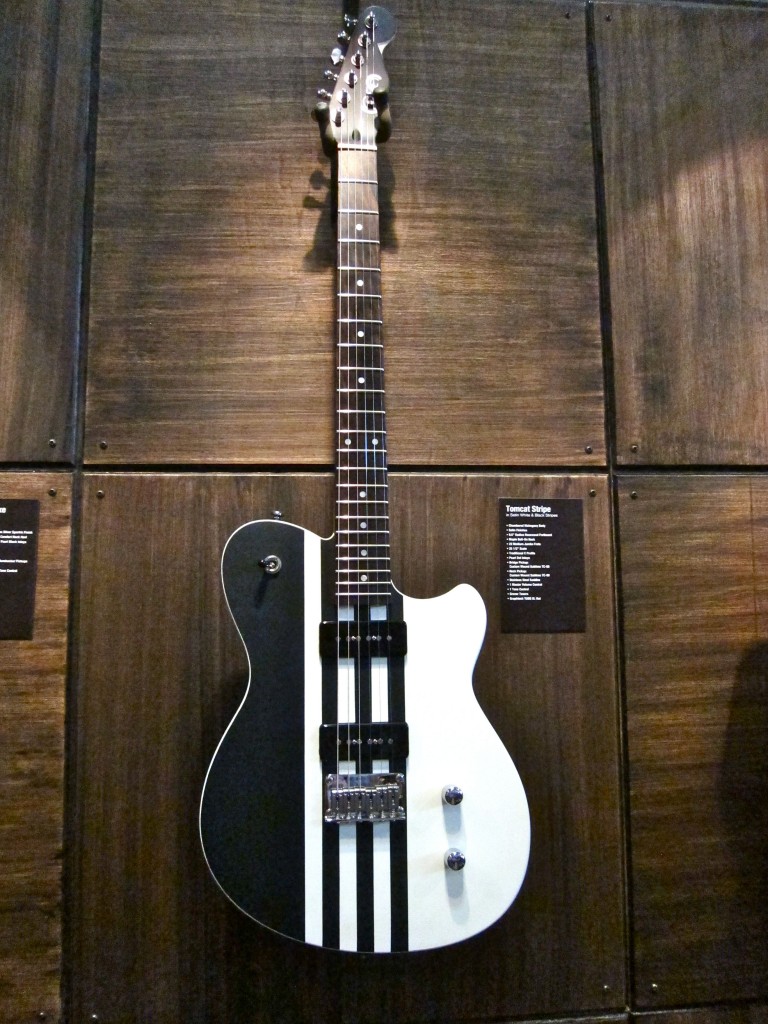 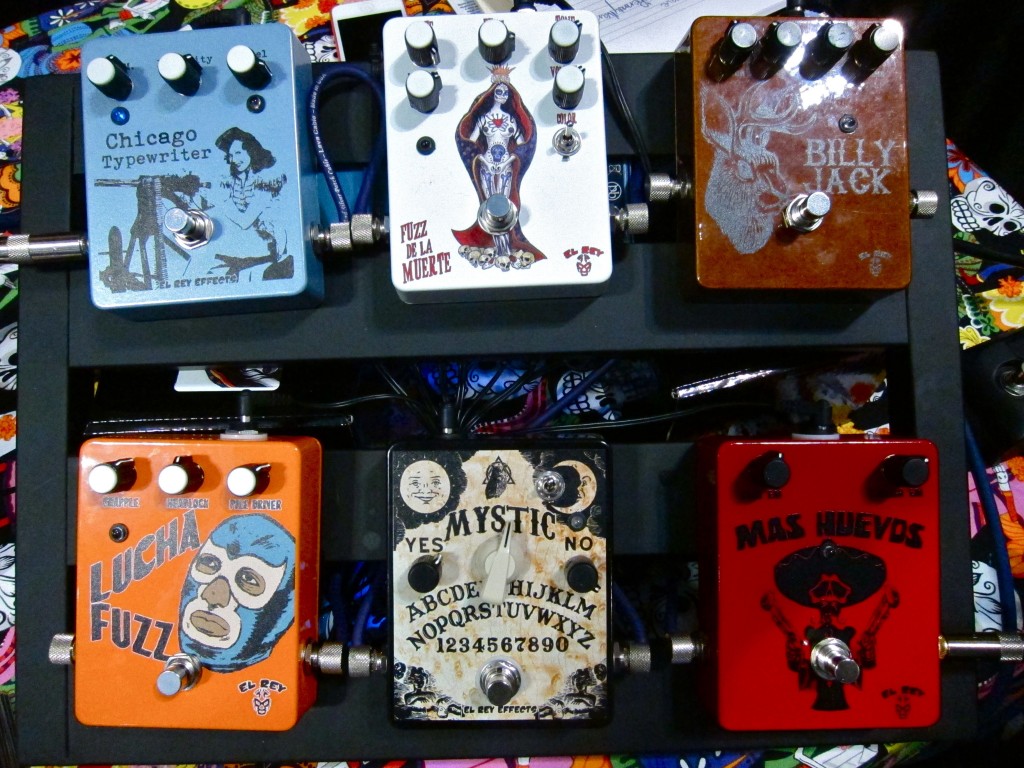 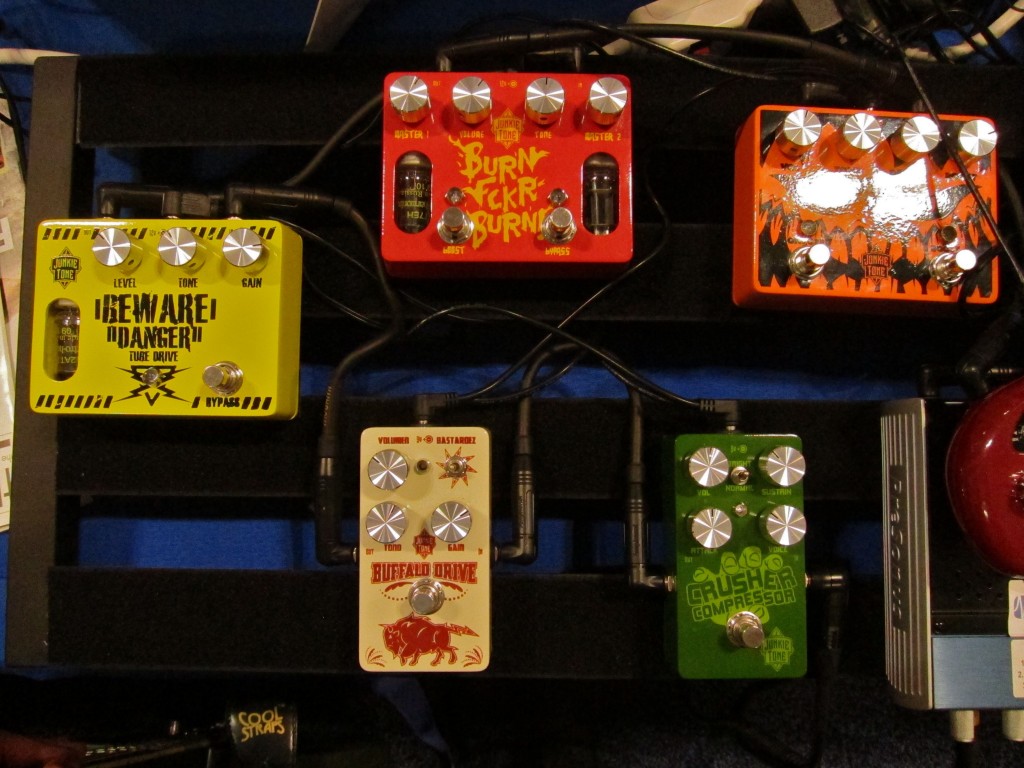 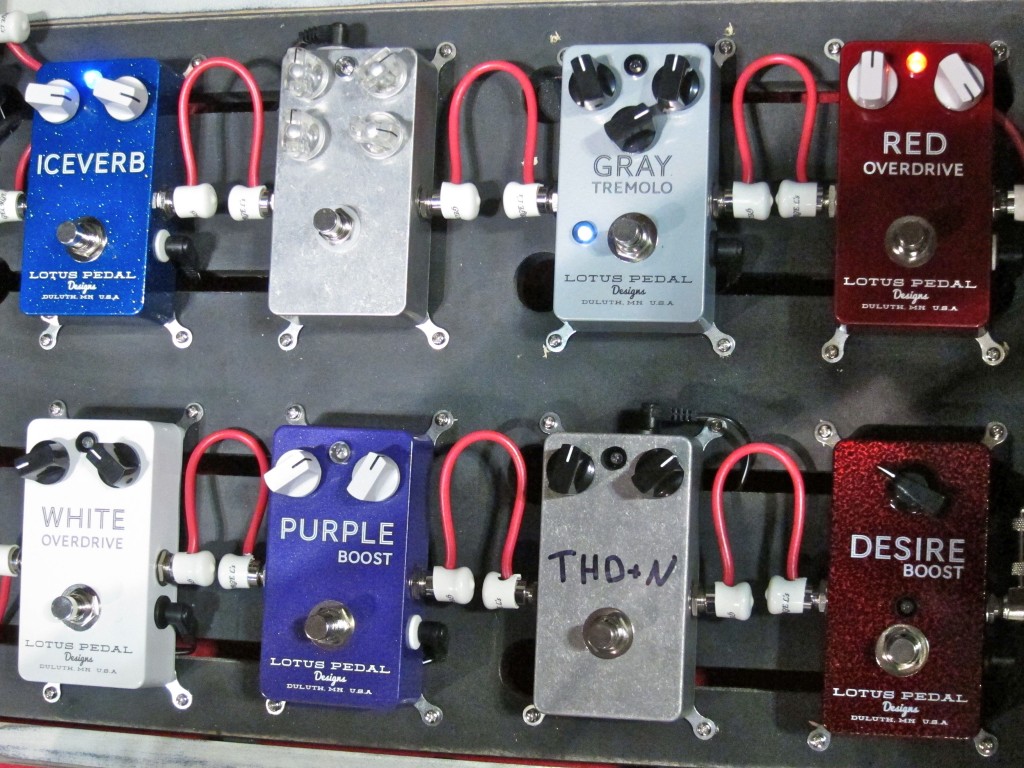 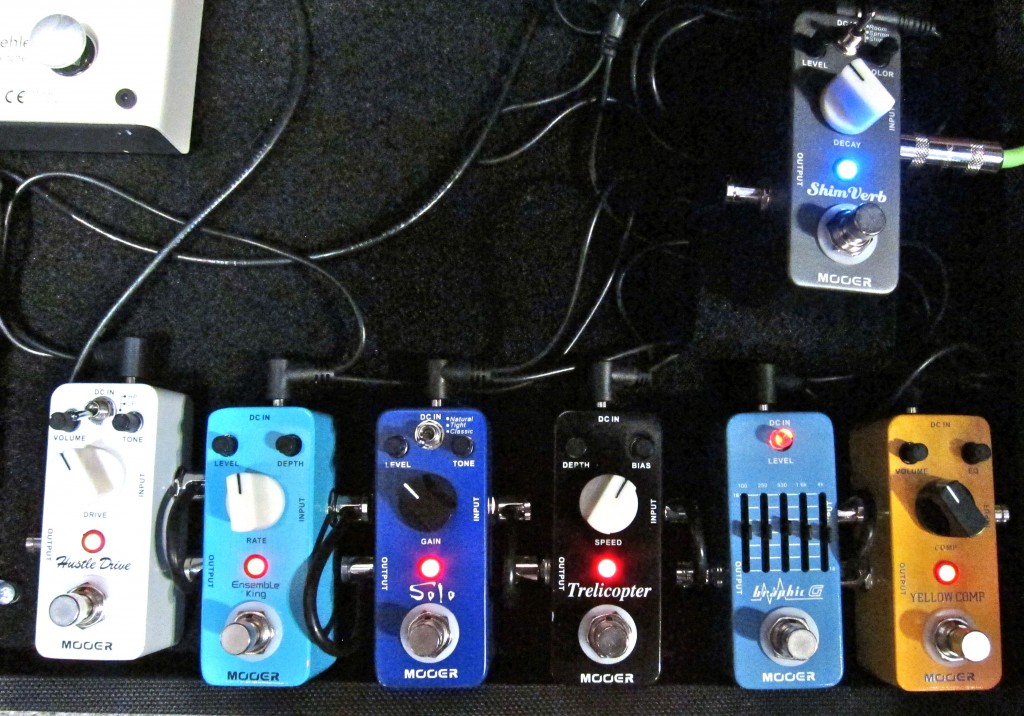 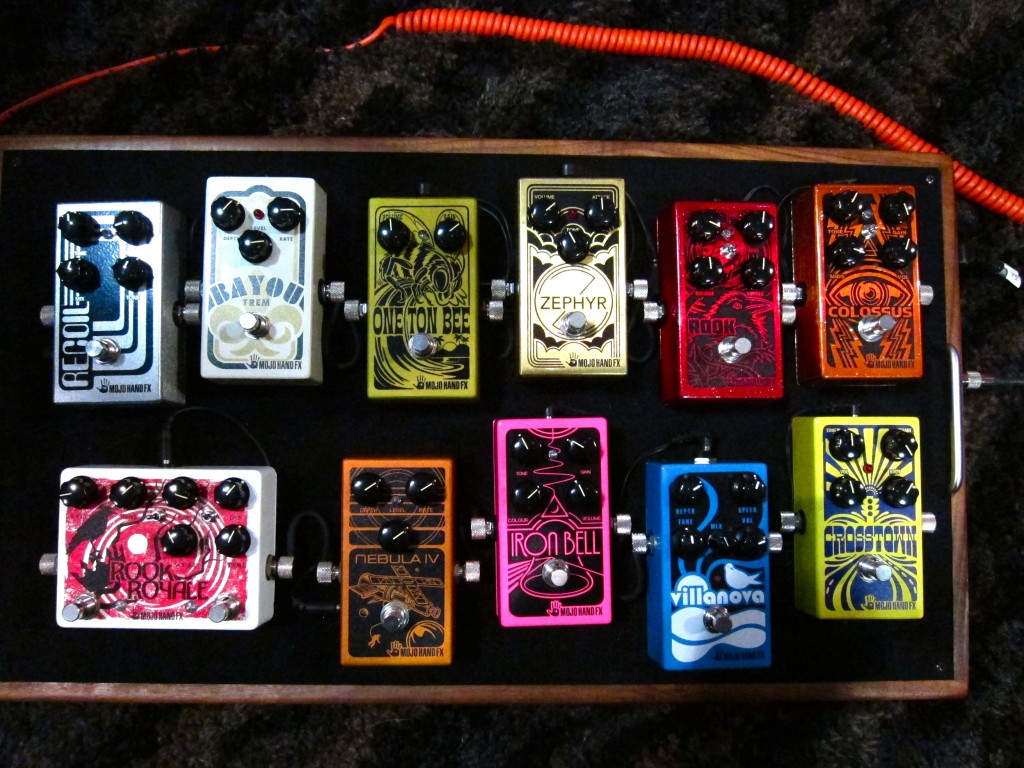 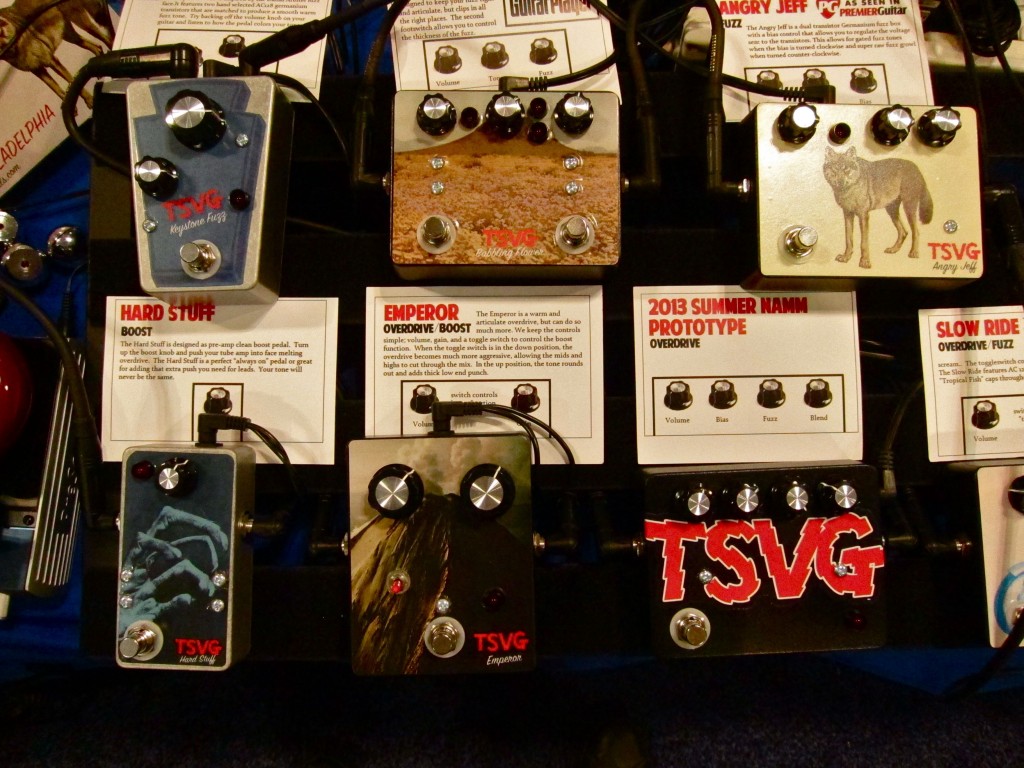