As I described in my post on the Jazzmaster, the original Jazzmaster bridge is

problematic in a number of ways: often buzzing and failing to retain the strings seated in their saddles when any heavy string bending ensues. I have been reading about the Mastery Bridge —an aftermarket replacement bridge that claims to solve these problems—for a couple of years.

Shortly after purchasing a Fender Blacktop Jazzmaster, I became frustrated with the aforementioned bridge issues. At that time, I recall the Mastery Bridge costing close to $300—way out of my price range. Fortunately, Matt at 30th Street Guitars offered me an affordable quick fix. He swapped the original Jazzmaster bridge for a Fender Mustang bridge, which is apparently a direct replacement. Voila!— the strings stayed seated through the most extreme bending. 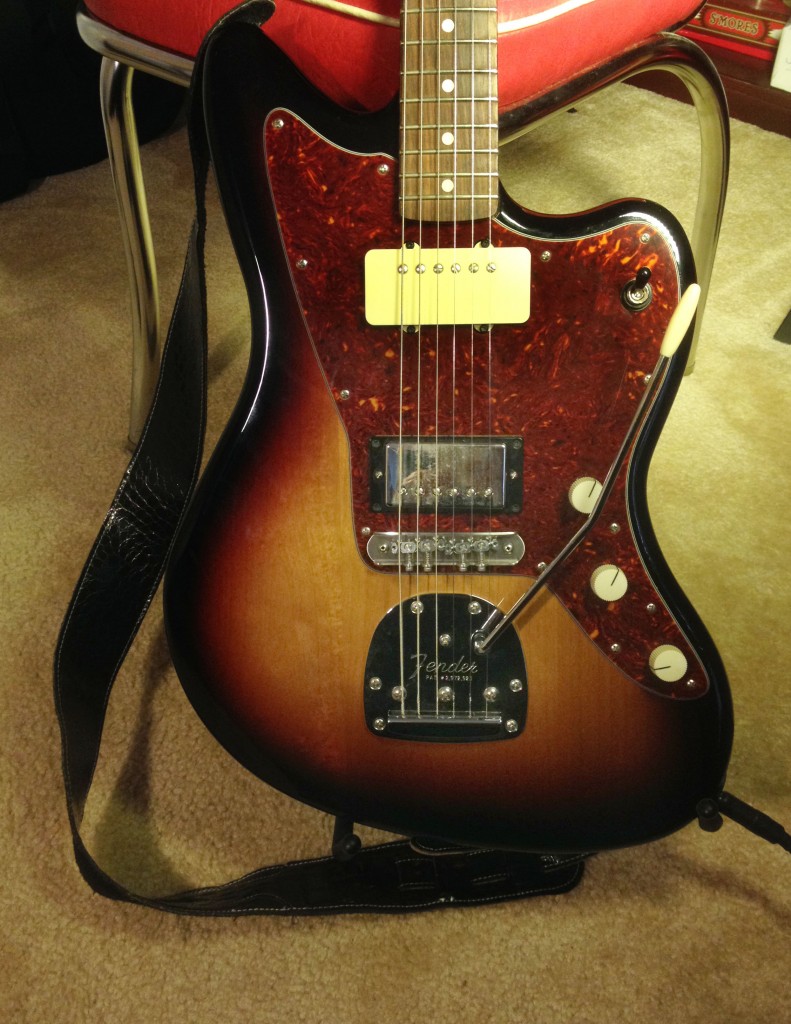 Still, a certain amount of buzzing remained, and sustain was not what one would hope. I limped along with this fix for a few years before deciding that I had spent too much money to stop now (Seymour Duncan custom wound MJ pickup in the bridge, Sheptone http://www.sheptone.com/landing.html humbucker in the neck, WD tortoise pickguard, re-wiring to two volumes and a tone, having a new input jack placed on the side). I opted to spring for the Mastery Bridge, in the hope that it would turn this folly magically fabulous.  Besides I really love the guitar’s neck.

Fortunately the price had come down considerably in the interim. Nick at Joe Glaser’s in Nashville said they might have one in stock so I had him install it—in for a penny, in for hundreds of dollars. 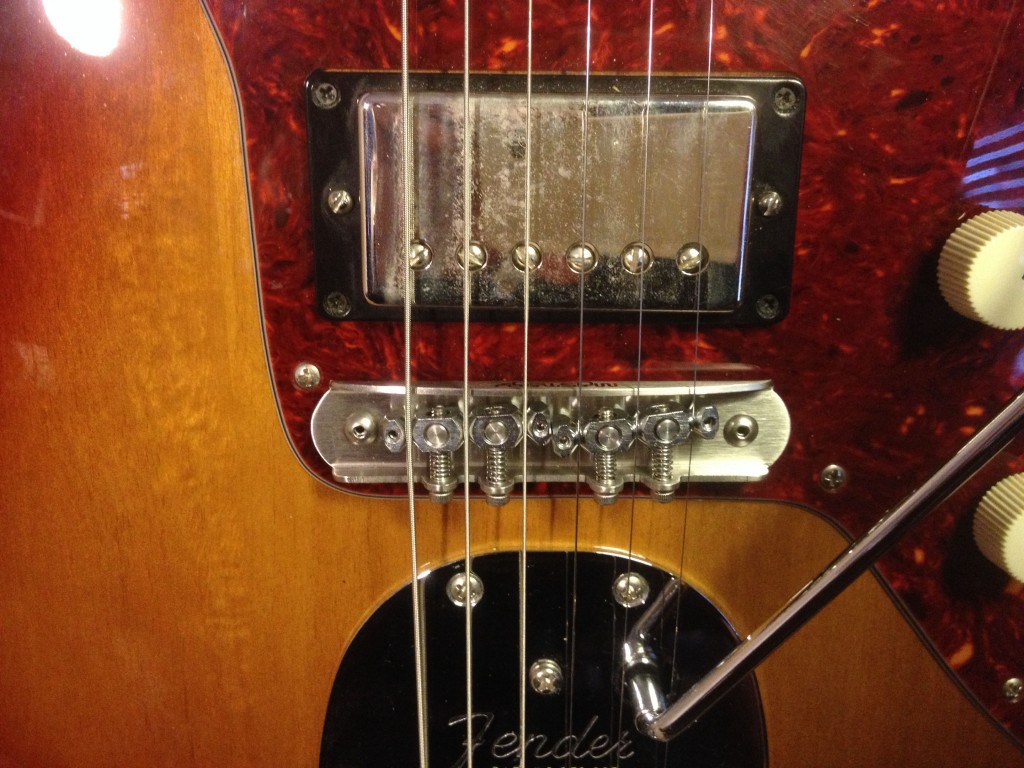 So–was it worth it? The answer is an unequivocal, resounding YES!

The strings still remain firmly in place when bending, but it is the difference in tone and sustain that is astounding. No more buzzing at the bridge and the sound seems perfectly transferred to the pickups. Did I mention that the intonation is way better now as well? Thanks to the Mastery Bridge my Blacktop Jazzmaster has gone from an interesting, but potentially failed, project to an instrument I will be proud to play anywhere.

Next stop the Mastery Vibrato http://www.masterybridge.com/offset-vibrato.php . Hopefully by the time they are back in stock I will have the money.