D’Addario distributes their accessories through their Planet Waves division. In an industry that sees its share of bad ideas coming to market, Planet Waves can be counted on to come up with almost exclusively good ideas. Their reasonably priced, tone-preserving American Standard cables are just one example. Three new products continue this tradition of coming up with accessories players actually use—moreover might really need. These include two headstock-mounted tuners and a capo.

There was a time no self-respecting electric guitarist would be caught dead with a tuner tacked on to the headstock. Those were for “folkies,” and not even the hipper ones. Times change, and whether due to their reliable accuracy and ease of use, or a desire to fit just one more cool effect pedal on the board by yanking off the tuner (my personal theory), headstock-mounted tuners have become popular among pickers in every genre.

For those of us who are still a little uncomfortable with marring the classic lines of our vintage beauty with a plastic gadget, the minimally invasive NS Micro Headstock Tuner ($12.19 street) might be just the thing. The diminutive design of the Ned Steinberger designed NS Micro completely hides the tuner behind the headstock, while often allowing it to remain clamped to the instrument inside its case. This model offers a visual metronome mode and a ratchet-mount design. 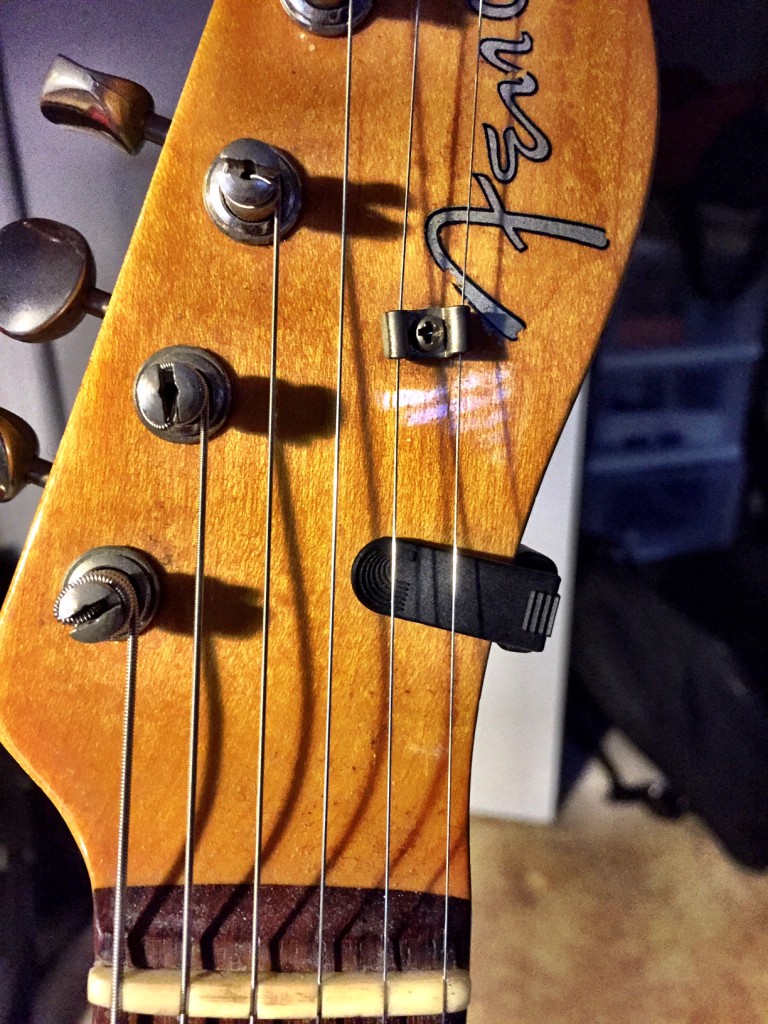 A built-in Piezo transducer picks up instrument vibration rather than sound to allow tuning in noisy environments. A 360 degree swivel mechanism and adjustable padded clamp, offers various viewing angles and flexible positioning that makes it suitable for left-handed instruments as well small headstocks. The Tri-color backlit LCD screen makes it easy to tune in dark environments, while its ability to reverse direction allows mounting in front or behind headstock. The tuner is powered by a CR2032 battery (included) and extends battery life by automatic shutoff several minutes after powering up.

The NS Micro mounted easily on the back of my Telecaster headstock with only a minimal black finger of plastic showing in front. The display lit up brightly enough to be clearly visible to even these aged eyes. The letters had to be read sideways but it was not really a problem. Tuning was as accurate as any pedal, and if I am going to use a headstock tuner, this is one for me.

If you are going to be moving the same tuner from instrument to instrument, The D’Addario Clip-On Headstock Tuner ($19.99 street) might be a little easier to transfer. Rather than adjusting a ratcheted clamp each time, you can just squeeze the clip to put it on or take it off. It too uses vibrations rather than sound, through a Piezo sensor. The tuner features a flip-up display that automatically powers the tuner on when opened and off when closed, providing even more battery economy for those of us who might tend to forget to shut it off after each tuning. (Though the NS Micro automatically shuts off several minutes after powering up, it is still several minutes of battery power waste if you are prone to forget to shut it off manually.) The 360° rotatable display allows use on left-handed instruments. 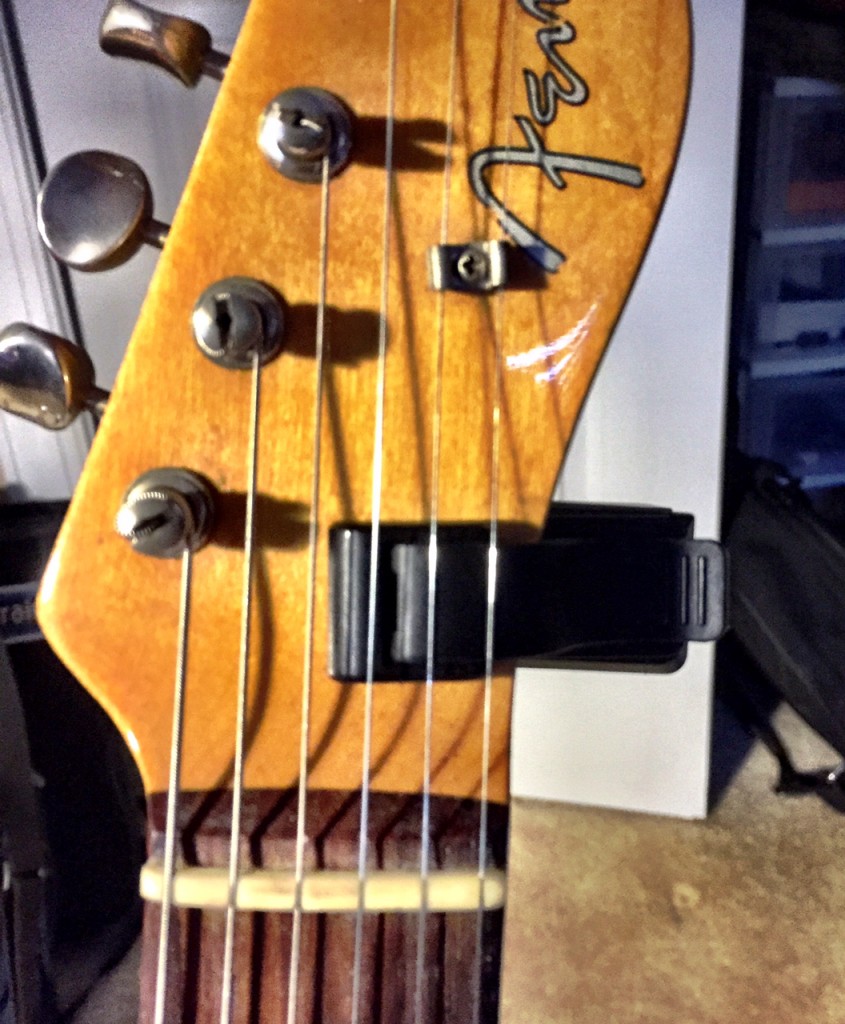 The larger display of this tuner is a bit easier to read but the larger size makes it much more obvious to the audience than the NS Micro. The tuning accuracy was equal and the price difference negligible, so it comes down largely to transferability and readability versus aesthetics.

The NS Artist Capo ($17.49 street) utilizes a tri-action geometry (which I assume is a form of leverage) to reduce the force required to open and close the capo while still applying even tension regardless of neck profile. Combined with the micrometer tension adjustment and direct horizontal pressure, the NS Artist Capo virtually eliminates pulling the strings side to side and the need to retune during use.

This last is a big deal. One of my pet peeves, when working with singer-songwriters, is the use of the Kyser Capo. That capo allows them to just squeeze and move the capo up and down the neck. What that design doesn’t take into consideration is the thickness of the neck, which changes as you move the capo up to higher fret positions, causing increased tension from the capo which often pulls the guitar out of tune. Unfortunately, this means the performer has to take time to retune the guitar—slowing down the show, or worse doesn’t, and the whole band sounds out of tune. Shubb and Paige capos remedy this by having screws to adjust the tension to match the neck position, but their clip on mechanism must be released and reengaged every time it is moved. 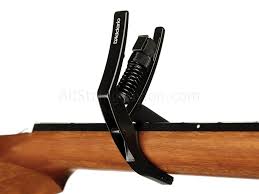 NS Artist Capo brilliantly combines the best of the Keyser and Shubb/Paige technology, allowing you to quickly shift the capo position, then adjust the tension rather than having to retune the whole guitar. I could move the capo from the third to the seventh fret, easily loosen the tension a bit, and the guitar was in tune, not just with itself, but also with the tuner. Move the tuner back down to the second fret, tighten the screw a bit, and I was back in business.

Despite the complexity of the mechanism, thanks to lightweight aluminum construction, it added no noticeable weight to the instrument. The NS Artist Capo includes an NS Mini/Micro Tuner mounting bracket (tuner sold separately), allowing you to add tuning capabilities to the capo—though, for me that would start to look a bit ungainly. Call me vain.

As far as I am concerned, this is the capo the world has been waiting for, or, if not the world, at least guitarists who play with other musicians. Buy one for yourself, and, if you work for a guitar-playing singer/songwriter, another one for your boss.