Last month we did a Spotlight on Imagho A/K/A JL Prades , where he briefly discussed his gear. Here he goes into depth, including how he uses his four loopers. Be sure to check out the linked videos for examples—and for his amazing music. 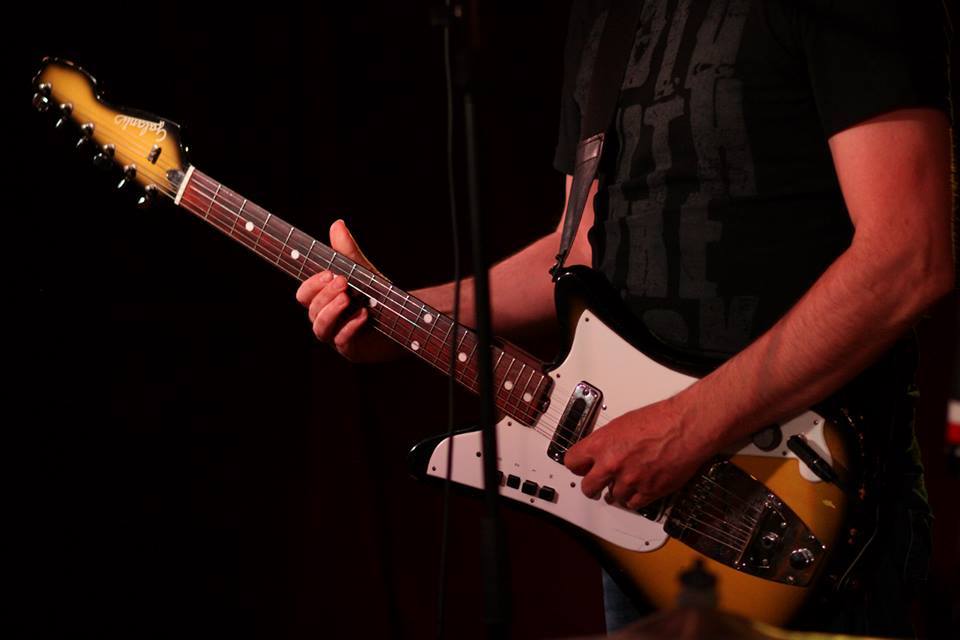 “The first element in my chain is my guitar: an ancient (circa 1968) Galanti Jetstar, an Italian made guitar, but superior to what they usually crafted at the time. It’s a real instrument: mahogany, with a cool pickup selector, and a bridge with rolling wheels helping strings move when the twang bar is used.

Second is my amp, an old Fender Bandmaster head (also circa 1968) with its huge 2X12 cab, Celestion loaded for a thick sound, or a 1X12 loaded with a Jensen Speaker, for a lighter sound. 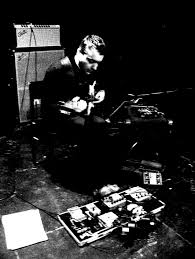 Third is my pedalboard. As I said in my interview, I do not loop and process my guitar sound, I rather loop and process my amplified sound.  Everything (guitar, organ, percussion) ends in an EHX 2880 that is plugged in stereo into the PA. If I looped my guitar sound first and wanted to play in stereo, I would need two really good amps, too much for my budget, and my back. And I could not loop my organ. Plus, this way I can have my natural amp’s sound on the center, and the looped sounds on the sides. That helps to keep my global sound clear.

I use the boost when I need a light overdrive, a sharp guitar sound: the fuzz for…fuzz, and the OD for fat, heavy overdriven sounds. I sometimes use two or even three of them at once.

I mic my cab with an Audix D2 microphone (hypercardioid mic, so it does not catch too much of the pedal switch clicks), or a Shure SM57, through the little Mackie (where it’s mixed with other instruments, depending of the mood I’m in: organ, percussion.) and route the signal to the EHW freeze > Akai Headrush > Digitech D8 delay > EHX Stereo Memory Man with Hazarai > EHX 2880 > PA

I use four loopers: the first one is the Freeze, allowing me to play layers of sound. The second is the Headrush, which I use for short loops. The third is the Stereo Memory Man with Hazarai, which I use for longer loops that can be reversed and pitched (and I love it’s multieffect, too). The fourth is the 2880, which works like a foot-controlled 4-track recorder. I always have it next to my left hand for easy action on the faders and pan controls. The DL8 delay is because I love to change the delay speed or the repetitions while it’s on. 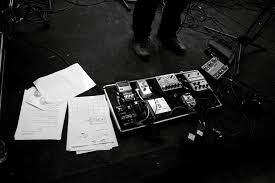 Here is how I use the Headrush: it is here for me to loop short bits, mostly rhythmic patterns. I record a bar in the Headrush (guitar bits, snare pattern, organ drum machine), then play a 4, 8, or 12 bar chord sequence on the guitar above it, and record the whole in the 2880. That’s what you see in “Une femme,” where I first record a kind of jazz snare pattern on it, then play and record the whole chord sequence while the Headrush plays on.

Without the Headrush, I would have to loop the rhythmic pattern for more than a minute, then loop the chords: much too long for the audience! I use it also to record a short part anywhere in the song, for instance a solo bit, then put the guitar on it’s stand and start processing that part with the delay and the Memory Man.

I love the Stereo Memory Man because you can pitch it in a continuous way, as when you slow a tape down. For instance in “La Loire,” I loop my slide guitar solo, then stop playing guitar and start having fun with the “tape,” as you can see at 2:55. The fun starts at 3:20, and is recorded in stereo in the 2880 so when I come back to live guitar again (3:56), the “tape” sounds are still here. 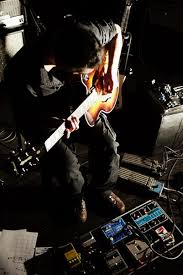 Even more fun is when I run the 2880 two octaves down, record a pitched (one octave up) Memory Man guitar part on it, then put the 2880 on normal speed again: the guitar parts get 3 octaves higher and sound like insects. You can also process the Freezed layers, creating great electronic soundscapes just by moving the delay, decay and repeat knobs on the Memory man and looping it a various speeds on the 2880.

“Finale” is a tune where I use all those loopers

Please feel free to ask any question you might have in the comments section, I’d be pleased to answer”