Guitar Moderne spotlighted Charlie Rauh back in June. Here he contributes to the Readers Rig section with more detail about what he uses and why. 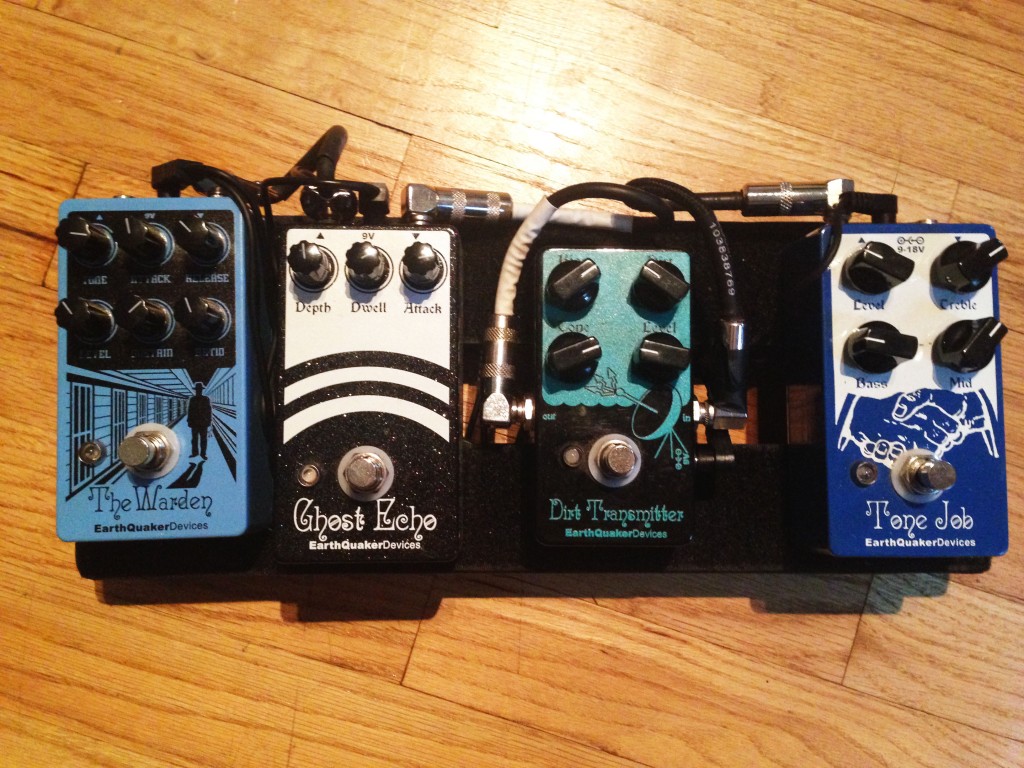 “Over the past few years, I have taken a serious interest in finding the most portable, powerful, and clean tone oriented set up possible. Here is the mainstay gear I have been using as of late:

I exclusively use a custom Forshage Orion guitar built by Christopher Forshage of Austin Texas.  I asked Chris to work with me on building an instrument with a bright, airy sound, a round tone, set up for legato style playing. We started with these key elements and went from there to end up with my dream guitar: Fern. It features a swamp ash body, Charlie Christian-style single coil pickups by Pete Biltoft in the neck and bridge, a 24.9″ scale maple neck with cocobolo fretboard and stainless steel jumbo frets. 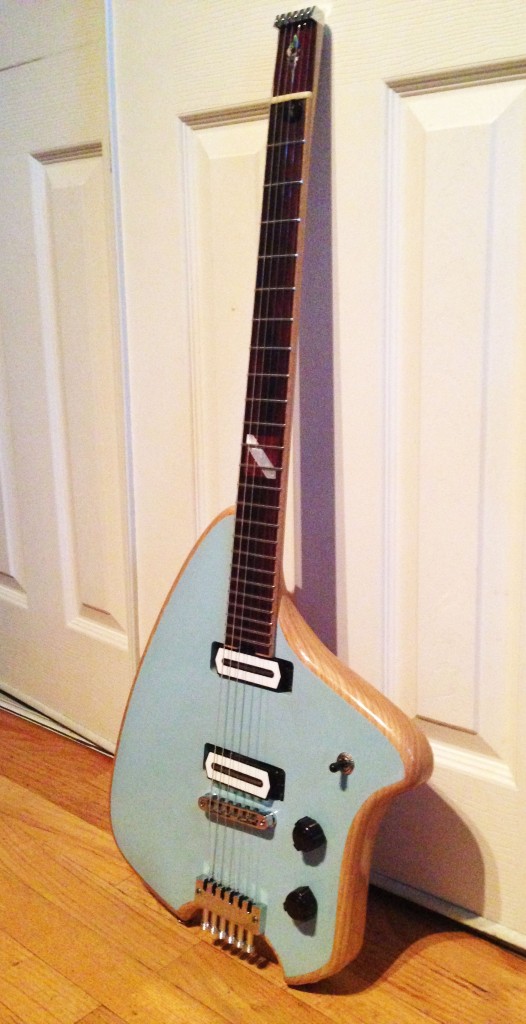 For my amps, I favor a ZT Lunchbox for its portable size, clean tone and surprising volume. I use this amp for all of my solo music and for most sideman gigs. For heavier rock groups, or country oriented projects, I usually go to my Fender Pro Jr.; it is small enough to carry round town, with a sharp surfy attack—it picks up where the ZT leaves off. A third amp I use is one of my favorite pieces in my set up, the Yaba X Surface Speaker.  It’s a simple design that uses a hollow surface as an amplifier through vibration—I find that it gets truly wonderful clean tones. I use it for practicing and also for solo guitar demo recording, often I use a post office Priority Mail box and fold a handkerchief over the surface to make the sound a bit warmer. 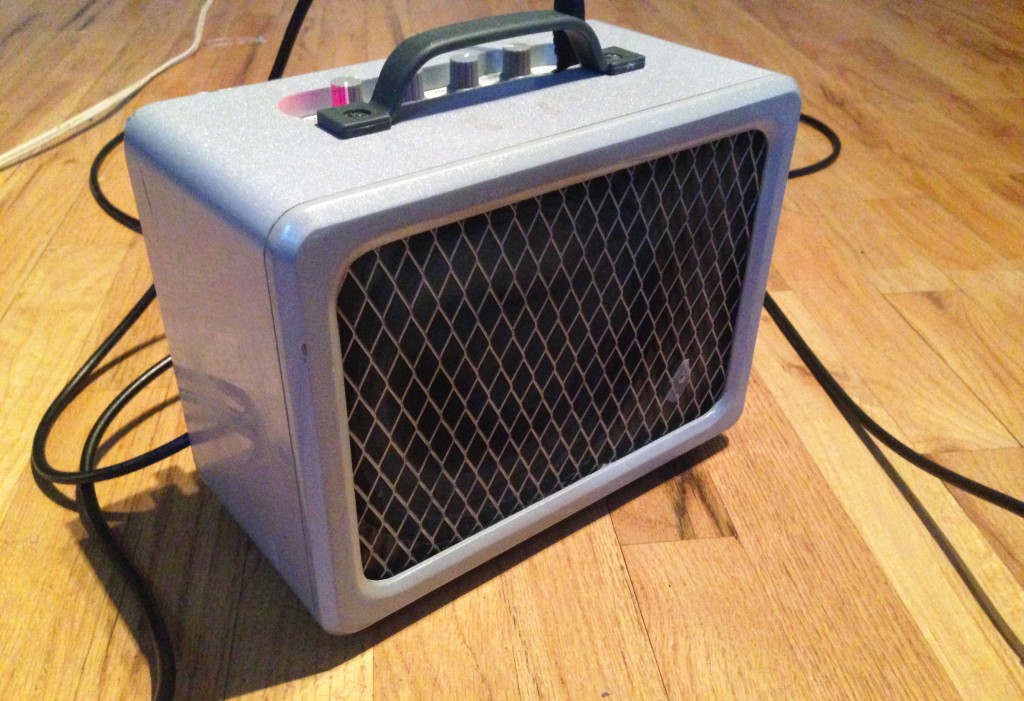 For pedals, I go for a sound somewhere between a pedal steel guitar and a pipe organ. The guitar goes into a Boss FV 500 L volume pedal to soften my attack in solo pieces or to help support vocalists with more subtle sustained lines beneath them. Then it goes into into an Earthquaker Devices Tone Job (EQ and Boost); I use this to either balance out a room, or use it sparingly as a boost at the front of the chain. Next is an Earthquaker Devices Dirt Transmitter (Fuzz). This is a very transparent and highly controllable fuzz I favor largely due to a “bias” knob that can turn the signal into a sort of dying battery sound. From there the signal goes to an Earthquaker Devices Ghost Echo (Slap Back Reverb); I leave this on all the time and either go for a springy Americana sound or use the “dwell” control to make a very deep decay, while using volume swells to imitate a more vocal or pedal steel attack. Finally is an Earthquaker Devices Warden (Optical Compressor); I also leave this on all the time, often using the controls to make a fat, transparent tone that levels out with volume swells and keeps a long sustain. But I also use it to get a popping midrange attack for more country oriented playing. 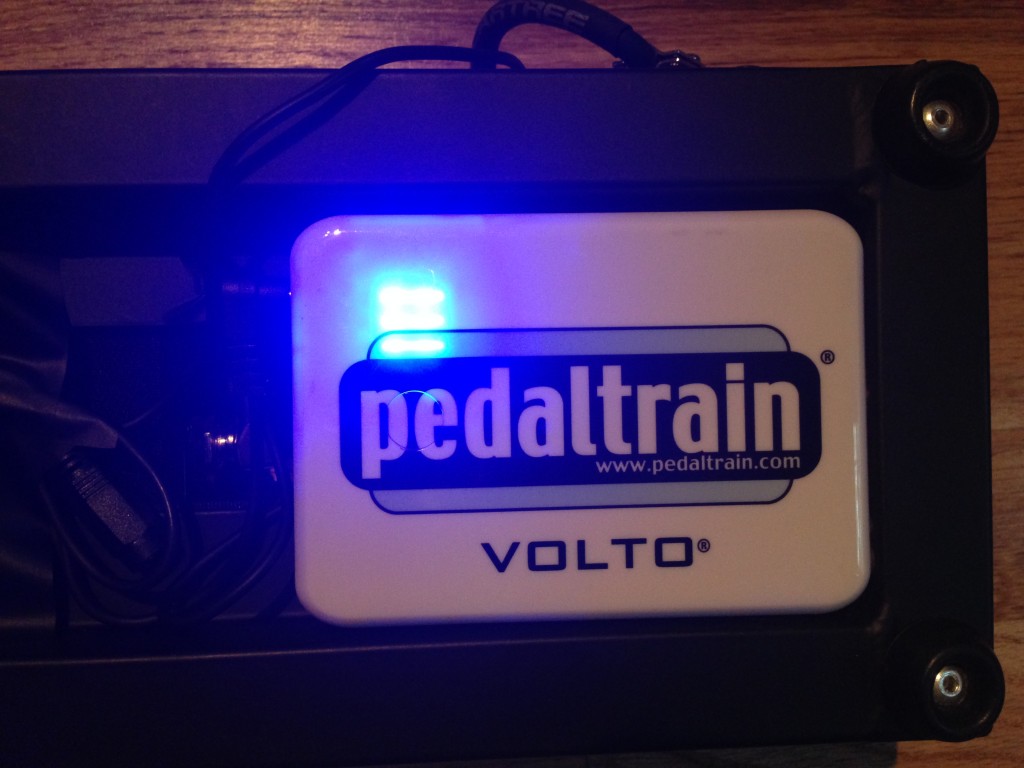 I power all pedals using the Pedaltrain Volto, a rechargeable ion battery that lasts up to 12 hours. This way I don’t have to use a power cable to an outlet while performing. It makes a drastic difference, especially with hot single coils that can get noisy with bad current in venues. I used to use a noise gate or hum debugger on occasion, but using this power source made that unnecessary.