After a promising start two years ago, the producers of the Nashville Gear Expo skipped last year and came back strong this year with a display of guitars, amps, effects, and other largely guitar (with a smattering of bass) related gear. Room after room of the Hotel Preston was filled with objects of desire. Telecaster copies and boutique tube amps comprised the majority wares on display, but there was plenty of gear of interest to guitarists who might seek something new. Here is a curated look at some of the new traditional and exotic stuff on hand. 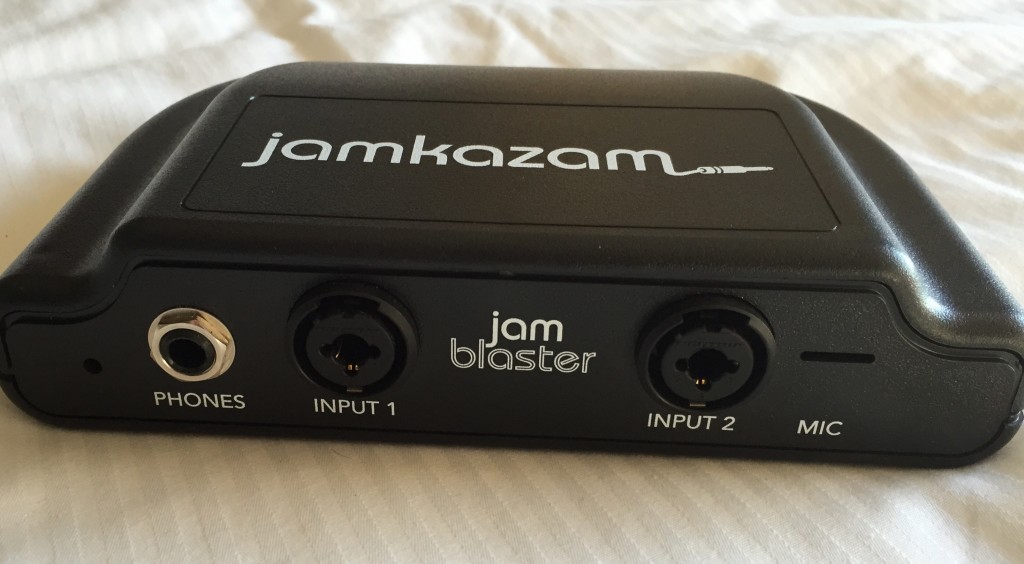 Perhaps the most “Guitar Moderne” thing at the show was Jamkazam. Jamkazam makes the JamBlaster, a device designed from the ground up to meet the requirements of online music play. Combining a computer and an audio interface, it extends the range over which musicians can play together across the Internet by geometrically reducing the total latency. It is worth checking out as just an interface for guitarists who want to play time-based things directly into the computer.

But Jamkazam is also a live music platform and social network, enabling musicians to play music together in real time from different locations over the Internet.

Malinoski Guitar: Pete Malinoski is just the kind of character you would imagine might build designs that fly in the face of tradition. Often, these types of instruments are long on concept but short on execution, playability, and tone. Malinoski’s eccentric electrics are the exception; they feel and sound great. Their extra-thin bodies offer shoulder-saving weight without sacrificing sound. 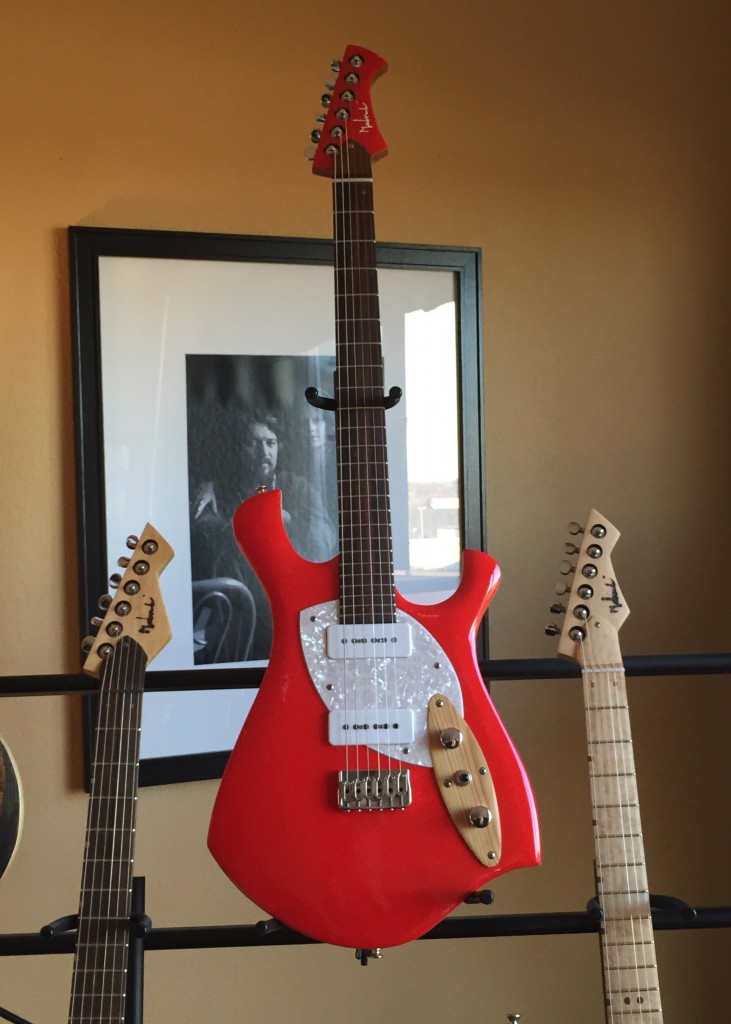 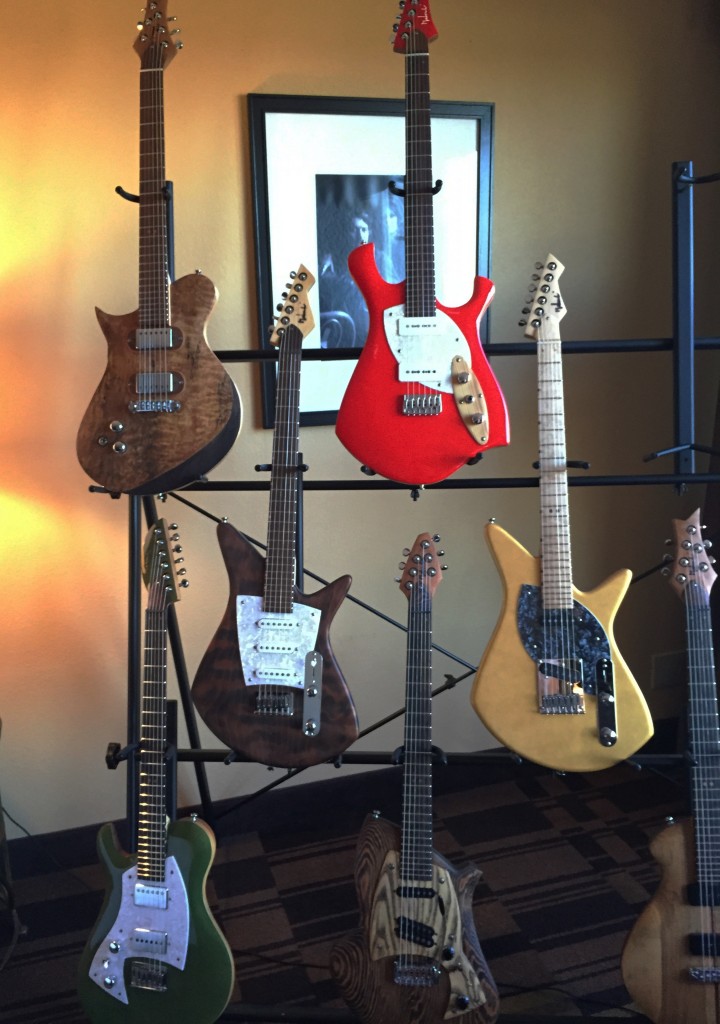 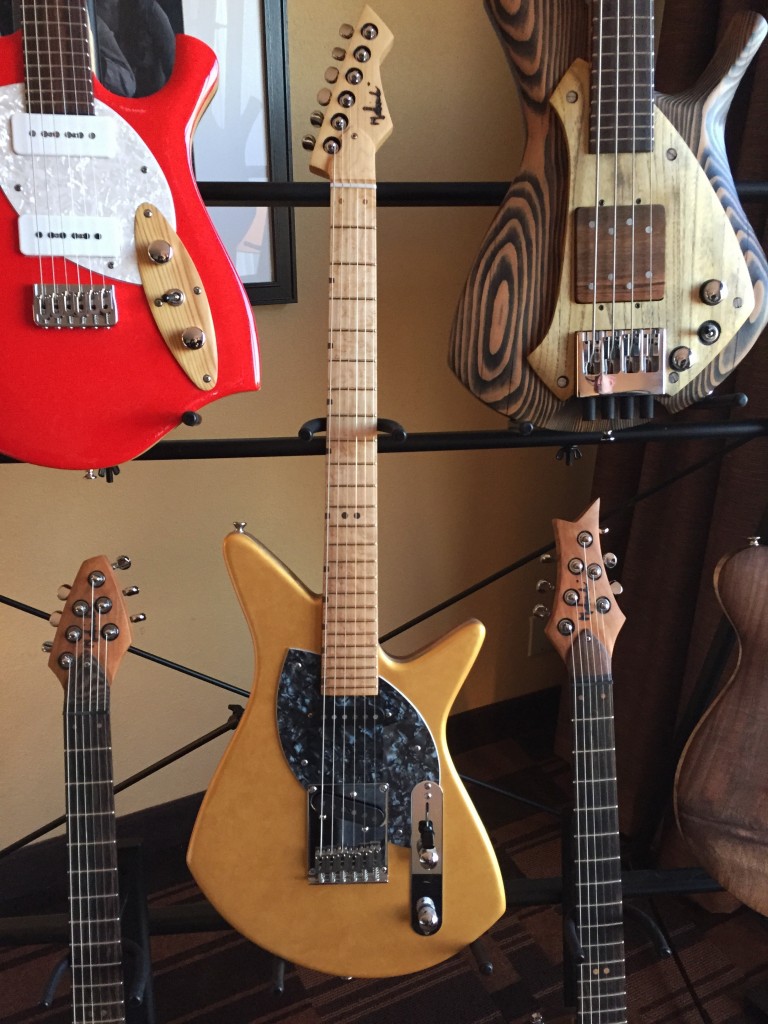 Weller Guitars: These beauties are just different enough from classic shapes to feel like the future without totally abandoning the past. 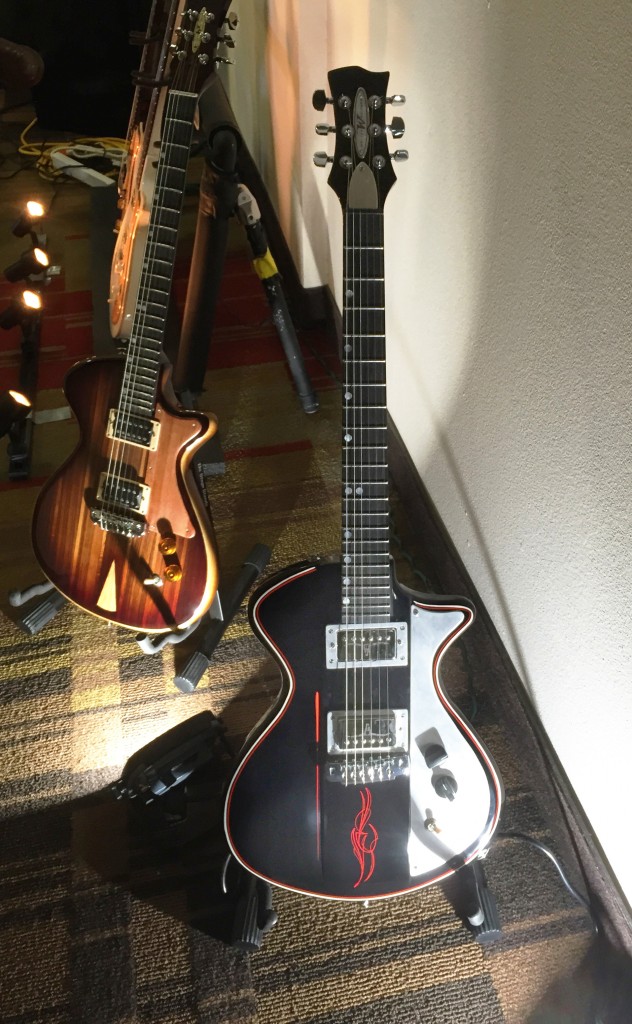 Whitfill Custom Guitars: Charles Whitfill makes amazing, lightweight, great sounding Tele repros, one of which I reviewed here. This model, a version of one made for Billy Gibbons, has a buried neck pickup with its blade as a final fret on the neck. Despite its look, the bridge pickup is not two Tele neck pickups put together, but a specially designed split bobbin humbucker (though not coil splitable). Both pickups sound great. Check it out at 14:19 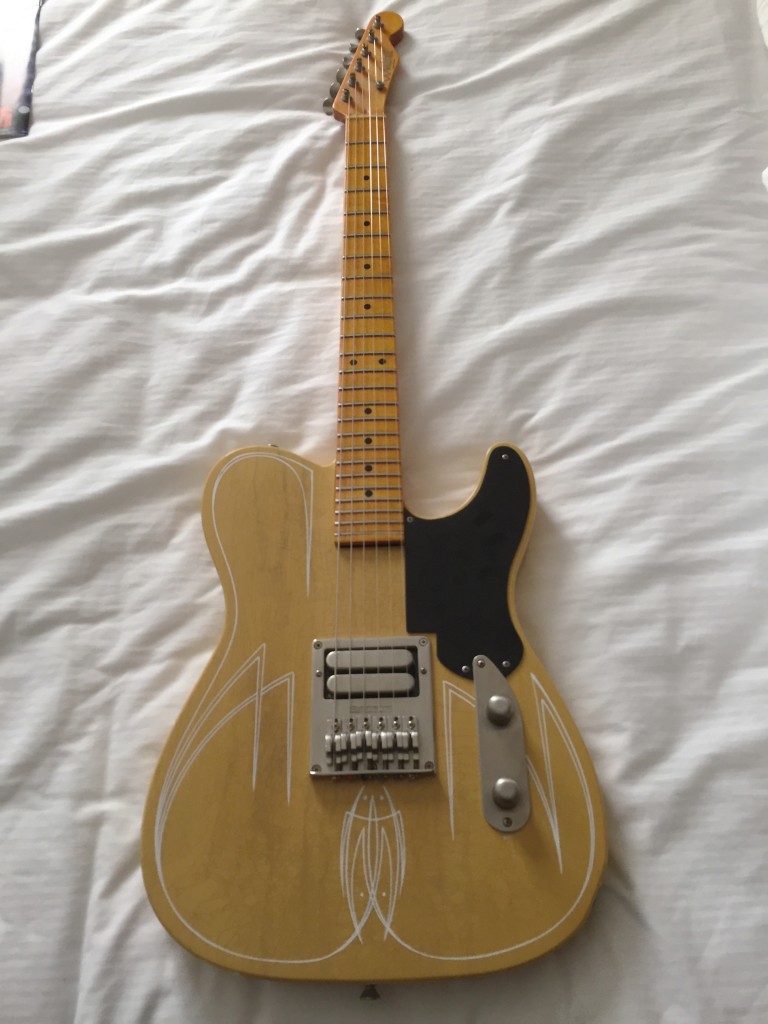 3rd Power: Jamie Scott builds amps near Nashville. I reviewed his American Dream model a few years ago. It lets you chose or combine a channel of Tweed tone with a channel of Blackface tone in one of the most amazing amps I have heard. His new Dual Citizen lets you chose or combine a channel of American tones with an AC flavored channel. The 3rd Power series have the best master volume I have encountered. His new Wooly Coats line offers the same great tone in a simplified, more affordable combo style. 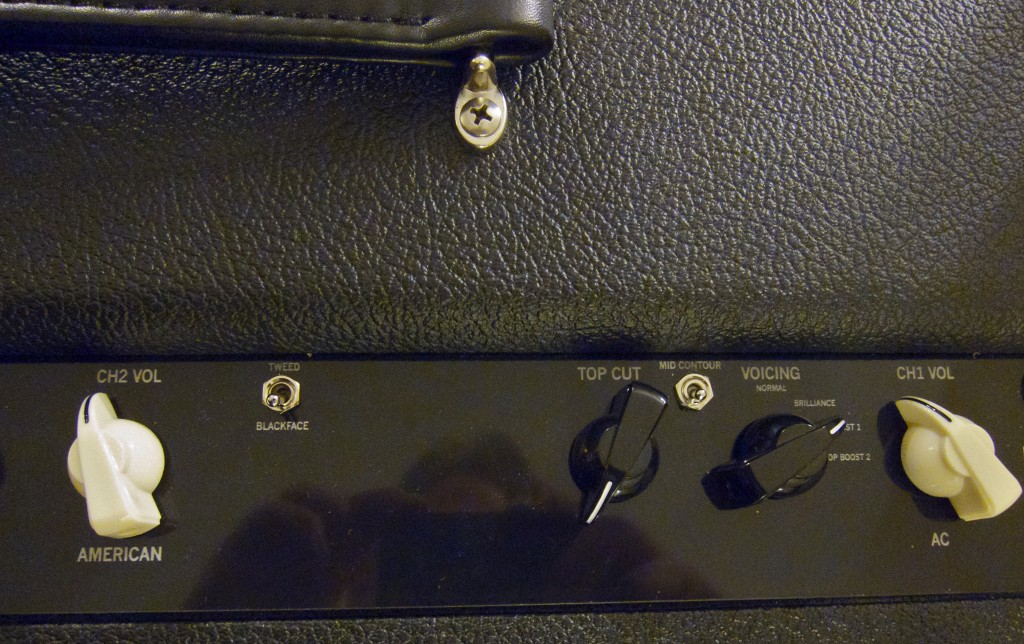 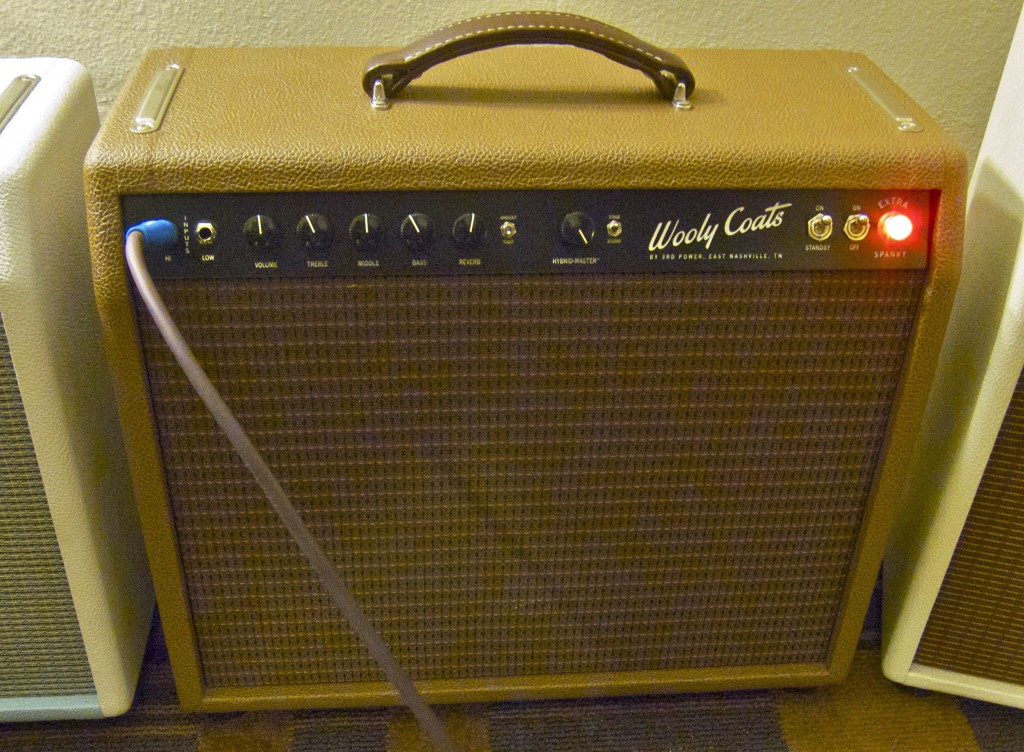 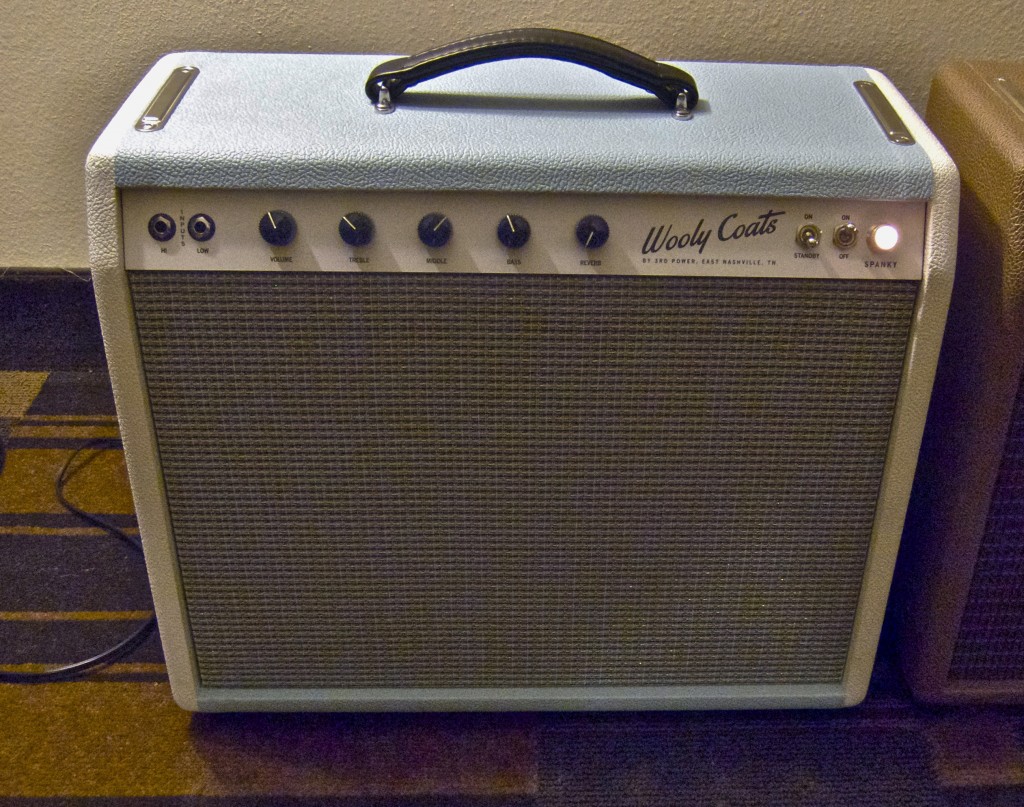 Cusack: A few years ago Cusack took over the manufacturing of the Hellhound and Kingsnake amps designed by Dennis Kager (of Ampeg fame) and originally offered by Joe Naylor through Reverend. I had a Hellhound that I used in NYC for years. It was the perfect city amp: lightweight for carrying from distant parking spaces, but powerful, with plenty of clean headroom for pedals, and a master volume that actually let you keep your tone as you turned down. The Cusack version is custom made in the US, thus a bit more expensive, but worth a look for guitarists looking for these qualities. 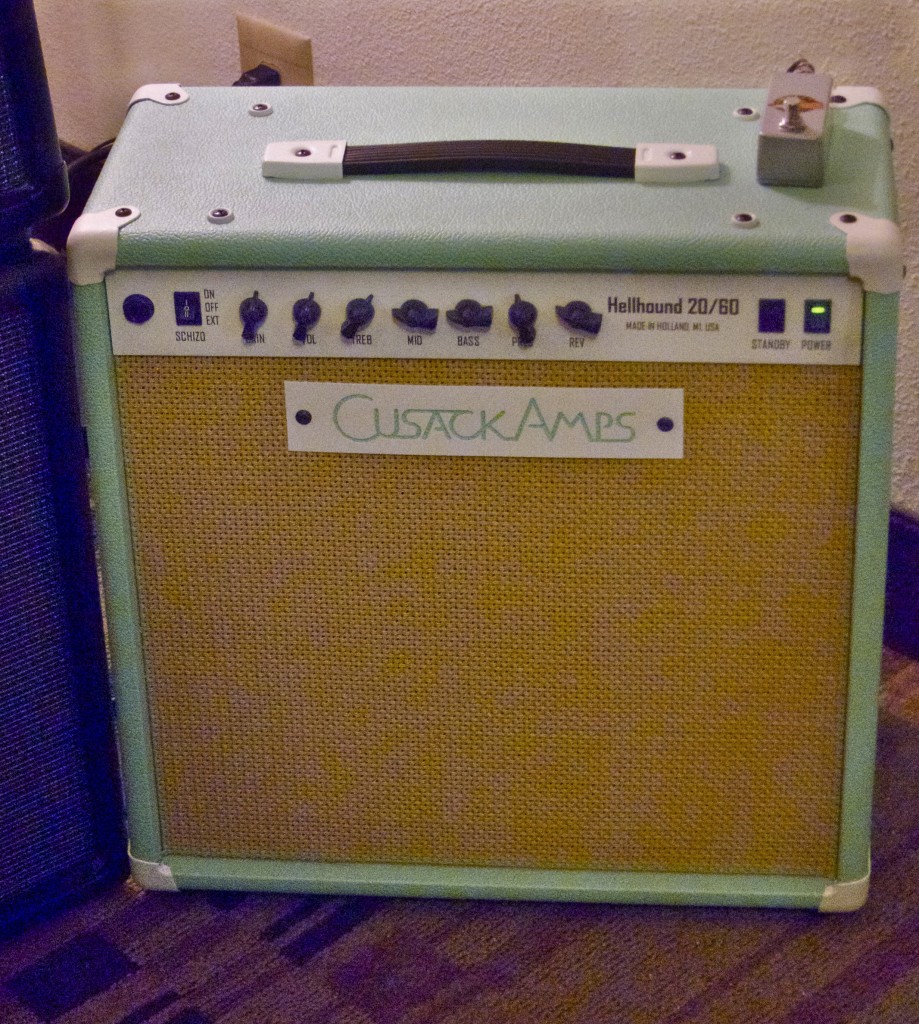 Square Amps: What are these doing in Guitar Moderne? Well, they were too cool to leave out. These are actually new 15-watt 6V6 powered amplifiers built into old radio housings. 8″ speakers are built in, but they offer extension speaker outs as well. I played one plugged into an extension speaker and it sounded great. The thought of making modern guitar music through one of these just tickles me. 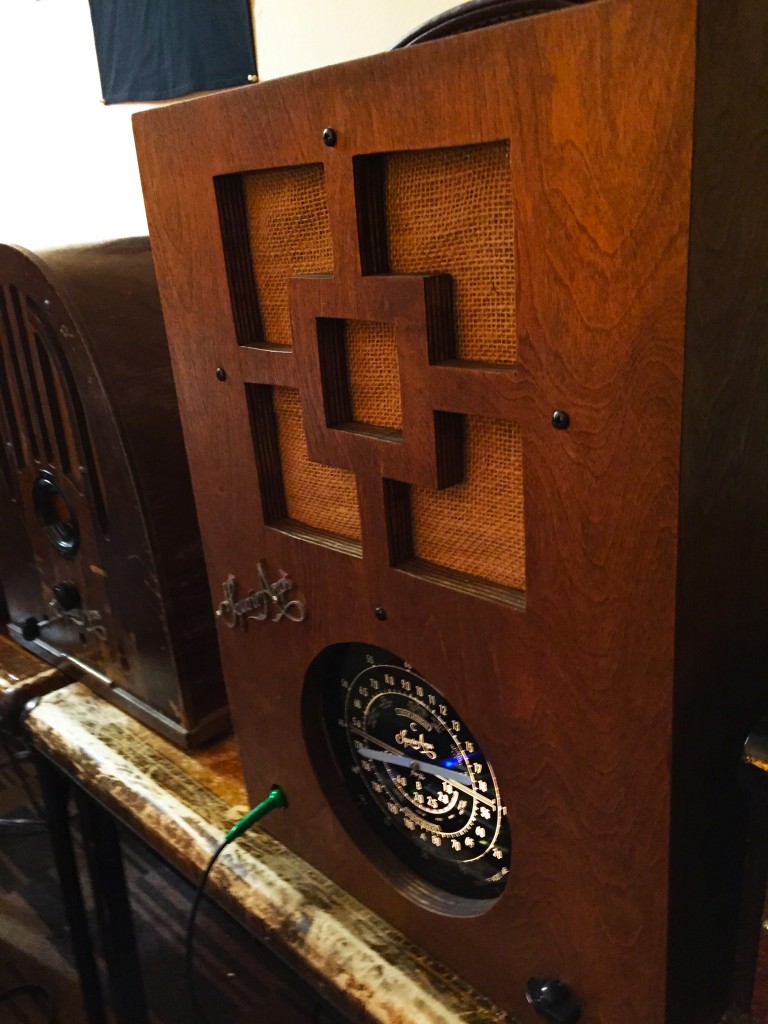 Dwarfcraft: I had a great time hanging with Ben and Louise from Dwarfcraft. I got to check the ARF pedal out up close and personal. This video demos some of the cool sounds and Fennesz-like textures it affords.

Esterly Electronics: Esterly’s version of the Colortone Supa Fuzz had all the vintage goodness of the originals. 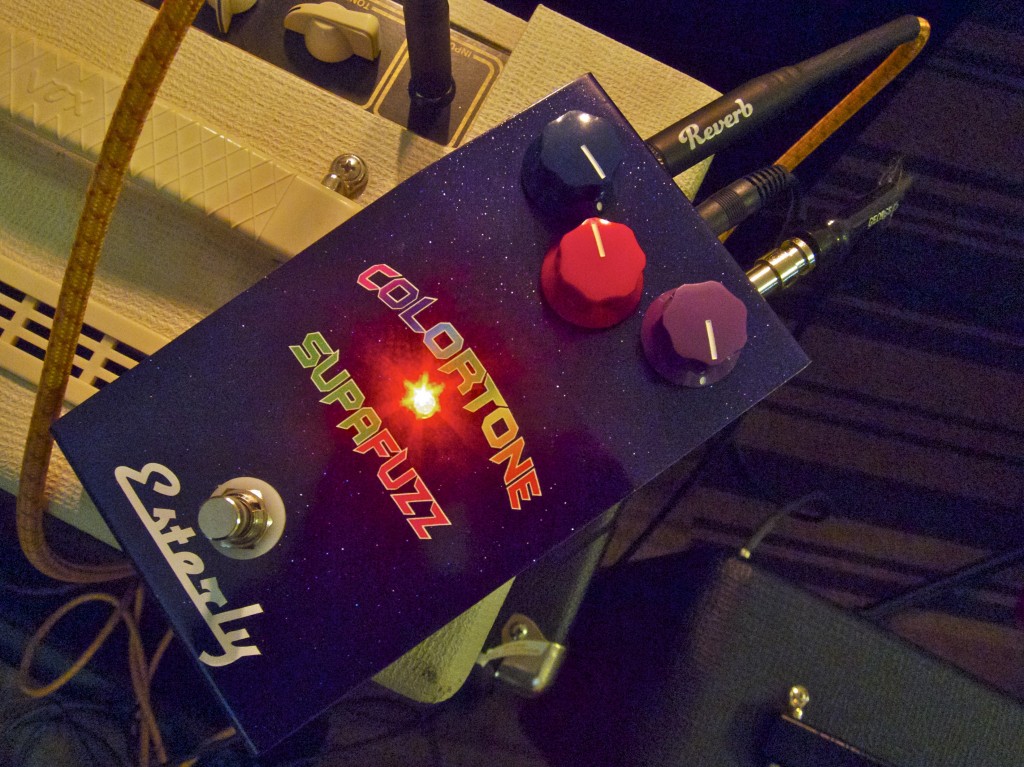 RT Electronix: The RT Electronix Auto Fade takes a little getting used to, but once you have mastered it you can do ambient fade ins without being tied to a volume pedal or a guitar with a single master volume near your pinky (I’m looking at you Les Pauls). 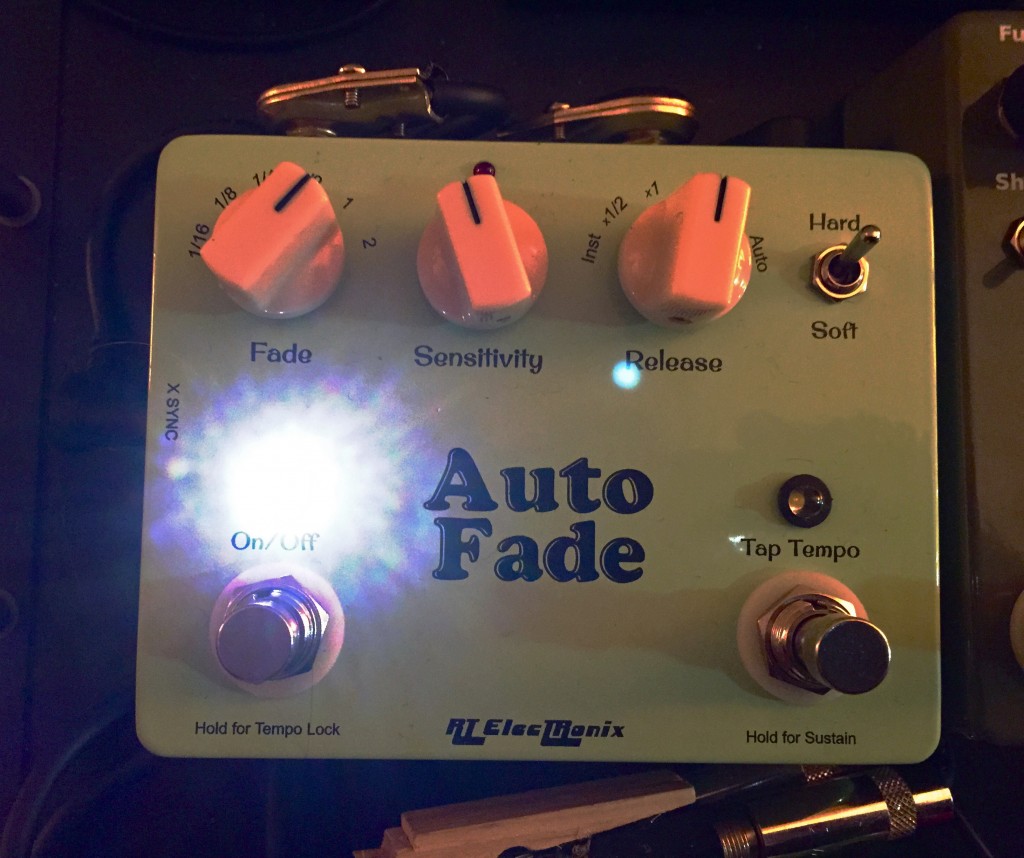 Yellowcake: The Fried Gold pedal is another overdrive, albeit a great sounding one, but what sets it apart is the unique shape of its circuit board. The Furry Burrito is a terrific sounding and versatile fuzz. 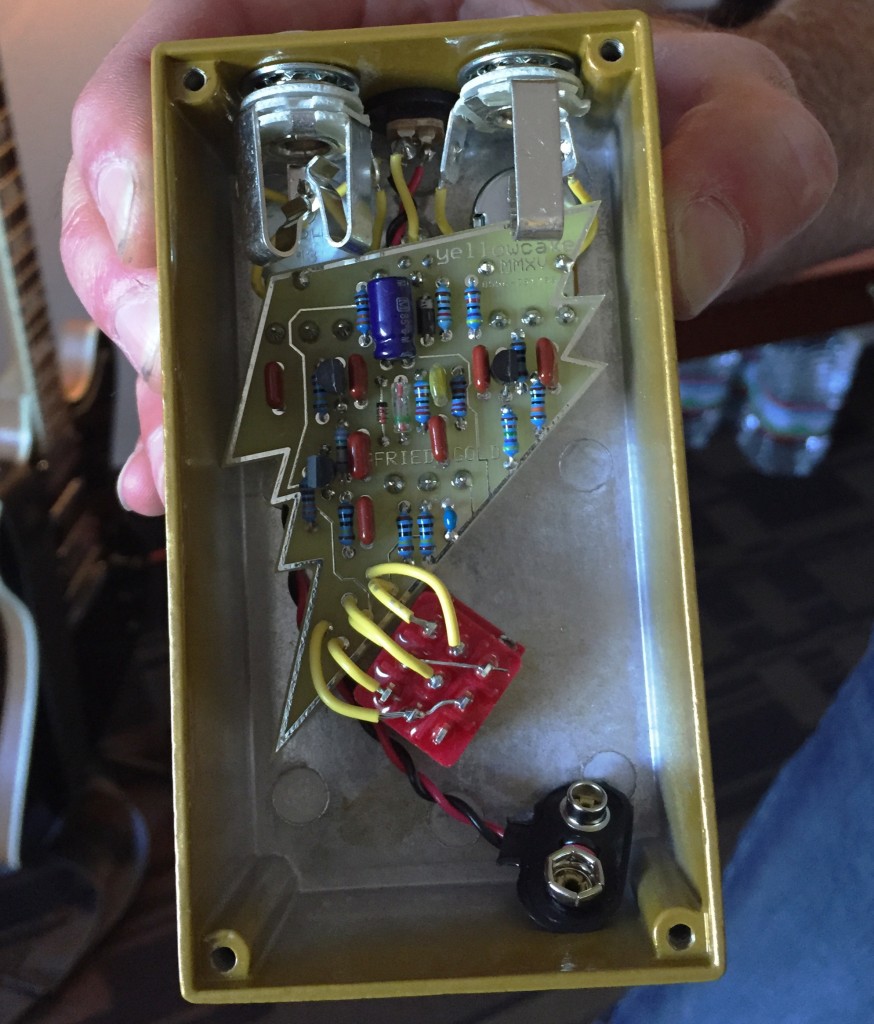 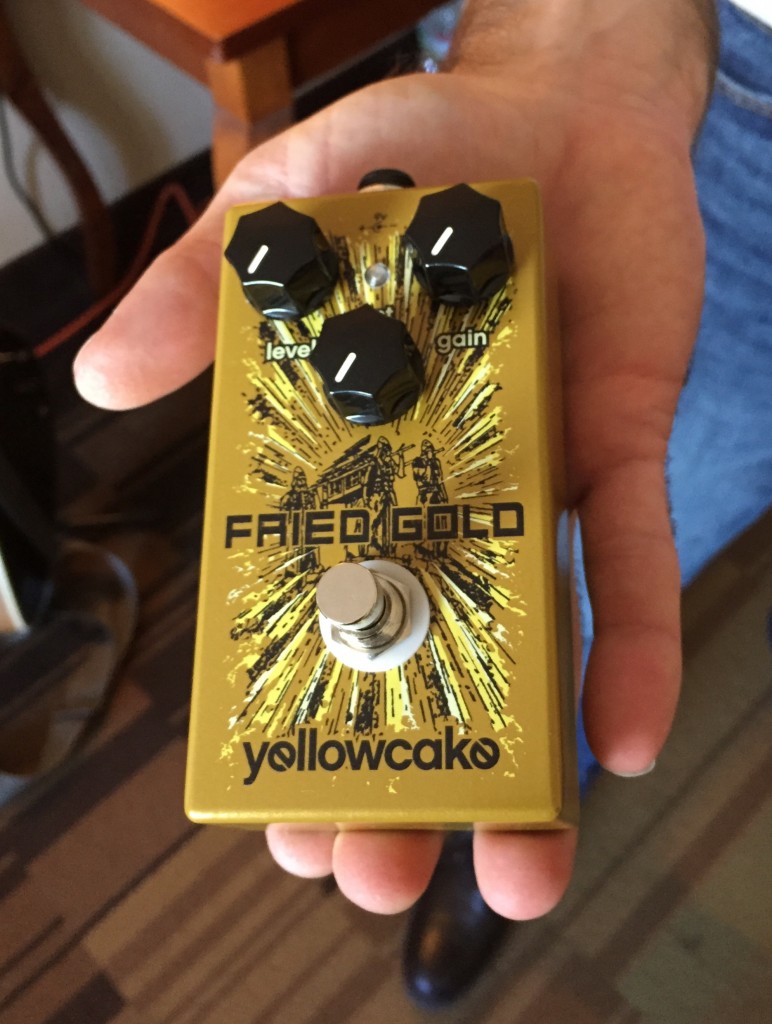 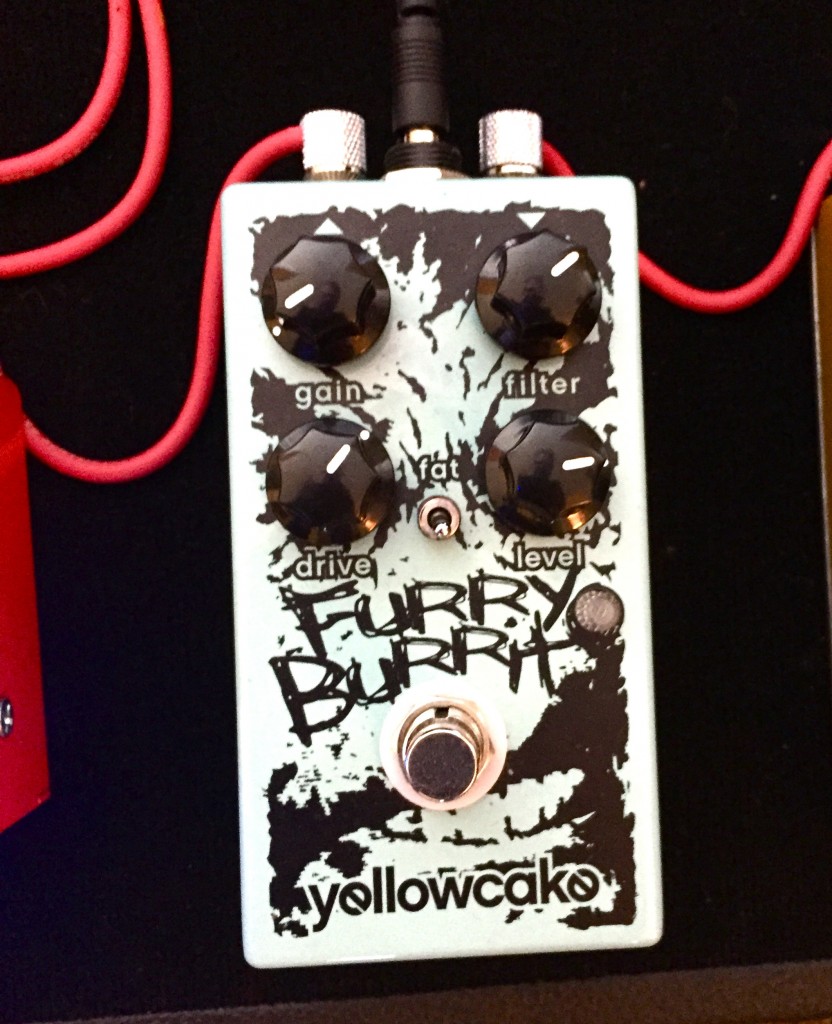 Matthews Effects: The Astronomer Reverb has the shimmer effect that adds so much when creating ambient effects, but its main advantage is two footswitches that let you choose bypass or an entirely separate reverb sound. You can have one setting for a subtle air and the other for a huge wash. 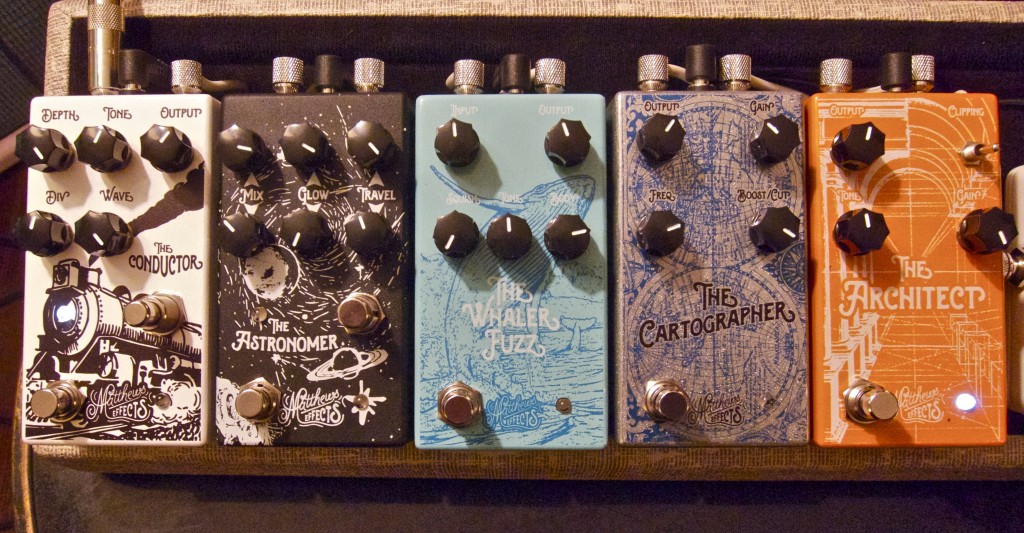 JHS Pedals: JHS introduced the new AT (Andy Timmons) Signature Channel Drive. For fat soaring overdrive tone that cleans up well with the guitar volume knob this one is hard to beat. 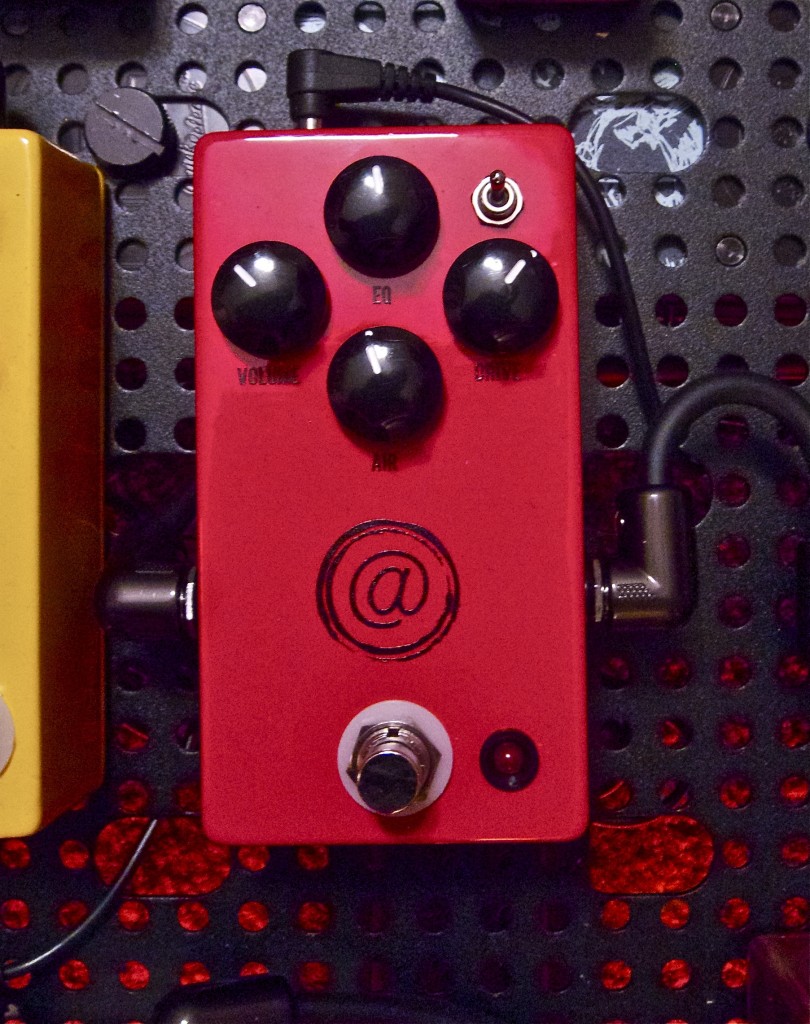 Xact Tone Solutions: These guys build effects systems for some of the top session and sidemen in the business. They debuted a pair of new pedals. The Iridium Fuzz is a low gain fuzz, best for adding fuzz flavor to an already overdriven amp without muddying up the proceedings. Their new compressor prototype lets you compress the high strings, while leaving the attack on the low strings for greater articulation. 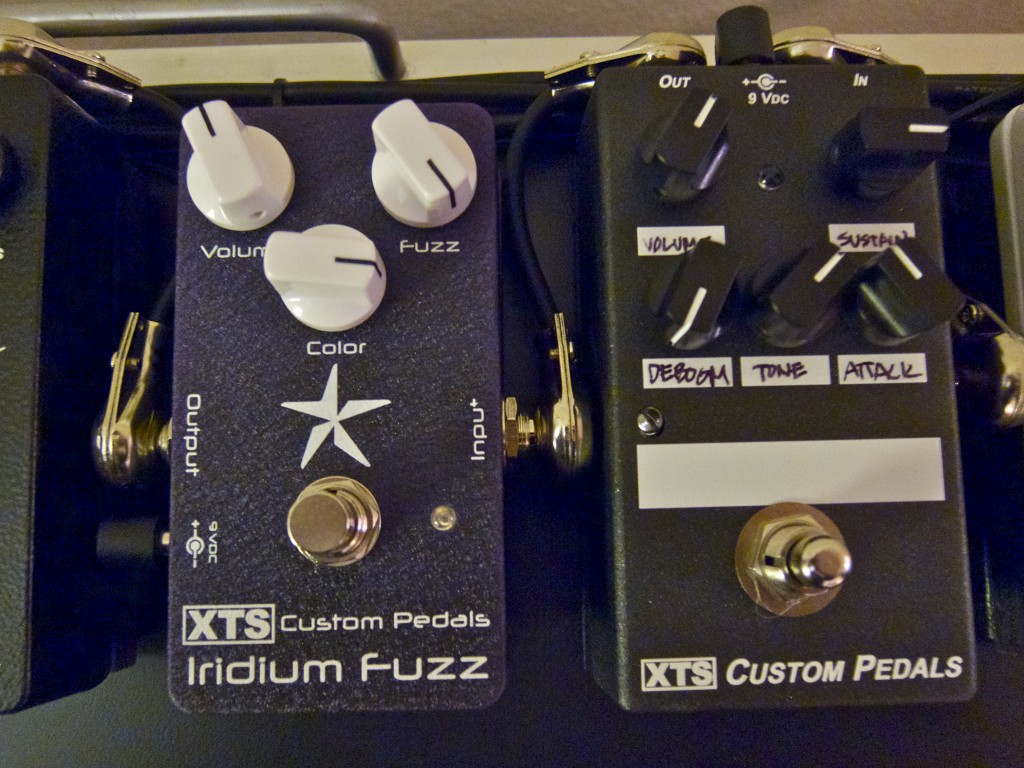 Finally, if you need a simple switcher for your pedals check out the DC Yoke 5 from DC Pedalboard. 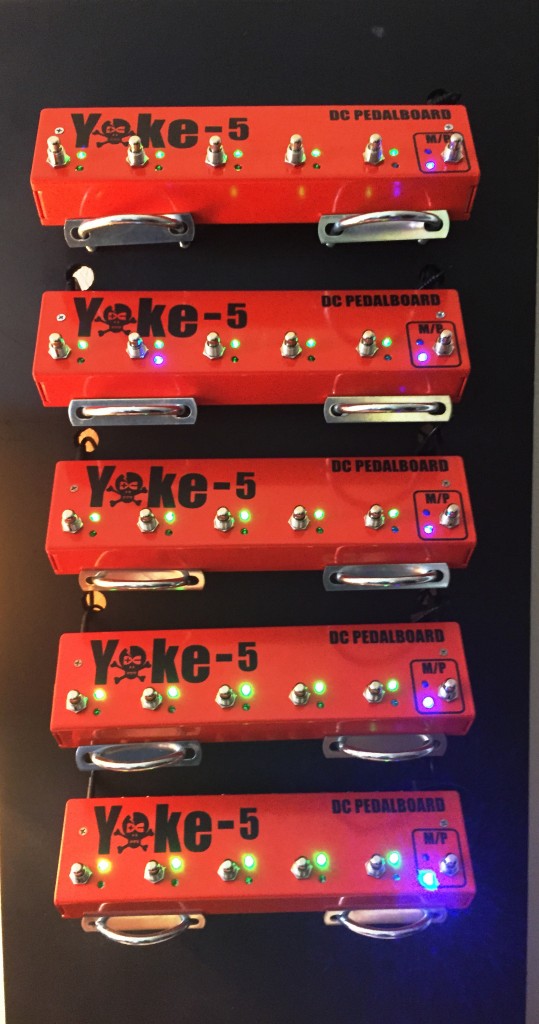