When Knox Chandler was profiled in Guitar Moderne, he was already incorporating an iPad into a rig that included a laptop. More recently he has gone all iOS and was kind enough to tell Guitar Moderne about it. 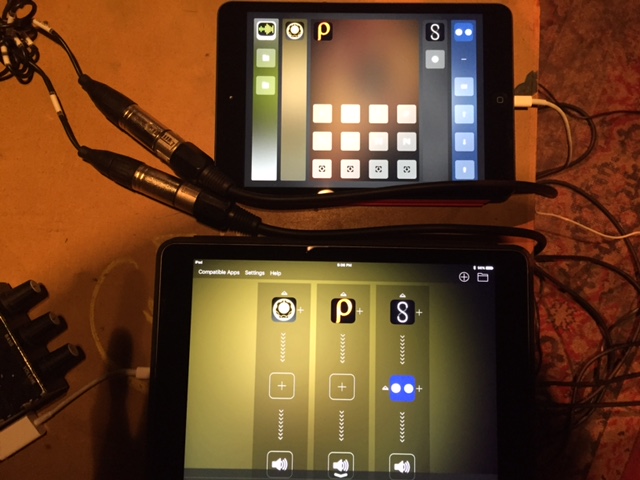 I’m running the three parallel streams in Audiobus when playing with Miss Kenichi. I have Samplr on one, iDensity with Stereo Designer on another [picture shows Stereo Designer in the Samplr stream]  and Bias FX on the third. Occasionally I’ll throw up a strip with GliderVerb and apeFilter. Using the strips is the most stable. This is what I’m using with Miss Kenichi. 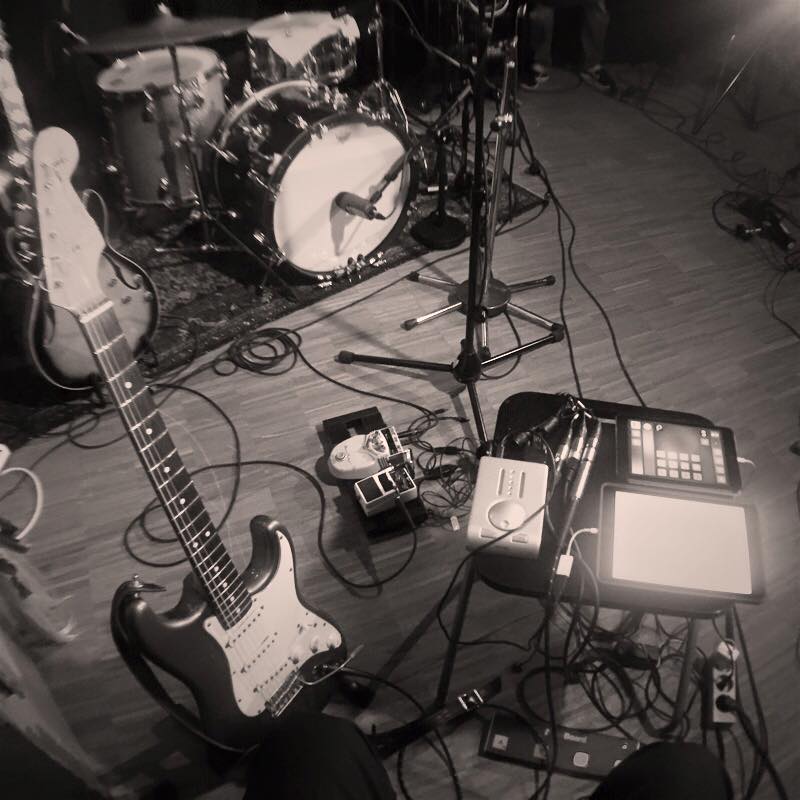 On the main iPad (Air 2) I’m running Audiobus using class compliant with an RME Babyface. One channel out is going direct and the other channel is going into a small Eden bass amp that is miked. The channels are hard panned left and right. The amp also helps for monitoring. On my iPad Mini I’m running Audiobus Remote. This makes flipping through different apps, as well as some starting, stopping, recording, etc., so much easier. 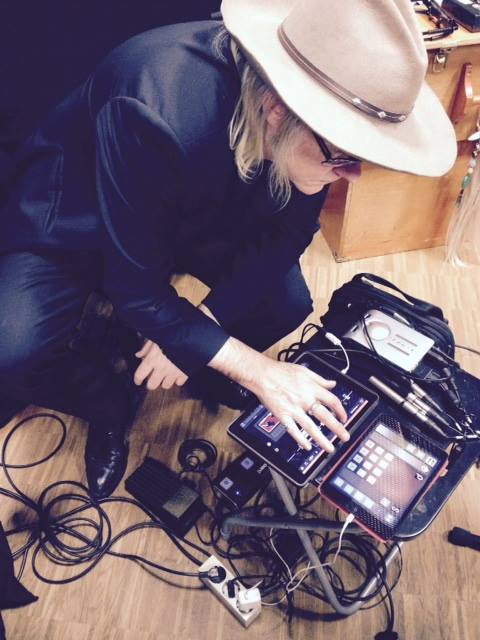 In Bias FX I have two amps, a Vox AC 30 and a Fender Showman. I’m using a bunch of stomp boxes including a whammy pedal, which is synced to an expression pedal attached to my Bluetooth pedalboard. The iRig Bluetooth BlueBoard is a godsend. It makes it so much easier for live performance, especially the expression pedal. I use Audiobus Remote to pull up different windows in Audiobus. I only use the Bluetooth pedal for Bias FX. It works with the IK Multimedia BlueBoard app.

The one thing that is a bit new for me is Cubasis. I recently have been composing on it. It’s great for planes, trains and automobiles when one doesn’t have the luxury of space. One of my Cubasis pieces Peter Freeman mixed and a remixed for a future release. Great app!