Tremolo is not just an effect for roots musicians. It can be used in a variety of musical  applications, with the choppier forms especially suited to modern guitar playing. Like all their pedals, Jam pedals’ new tremolo is handmade in Greece.

This is the first Guitar Moderne review to feature a dedicated video demo, so be kind.

The Big Chill tremolo ($295 list) features toggle switch selectable square/sine/triangle waveforms. One footswitch toggles the effect off and on; a second selects between two separately adjustable speeds; while the third engages the Chop effect. 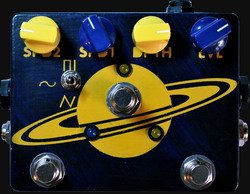 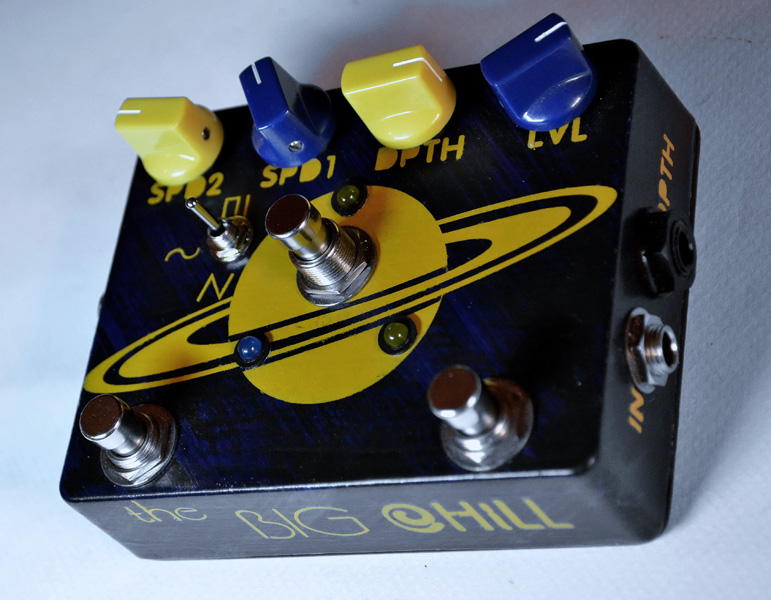 Along with knobs to control Speed 1, Speed 2, and Depth, there is a Level control. With the Depth control set to zero, this last knob can be used as a clean boost by setting the Level to your preference.

The sine wave offered a realistic representation of a Fender Deluxe Reverb type tube tremolo. The triangle wave reminded me of an Ampeg Reverberocket I used to borrow and loved. Both the triangle and the square wave setting created terrific sequencer style sounds when used in the Chop mode, especially when combined with Fuzz.

The Big Chill was the most transparent tremolo I have ever played— when engaged, my guitar tone changed not at all. They are also available with custom paint jobs, at a nominal extra cost. 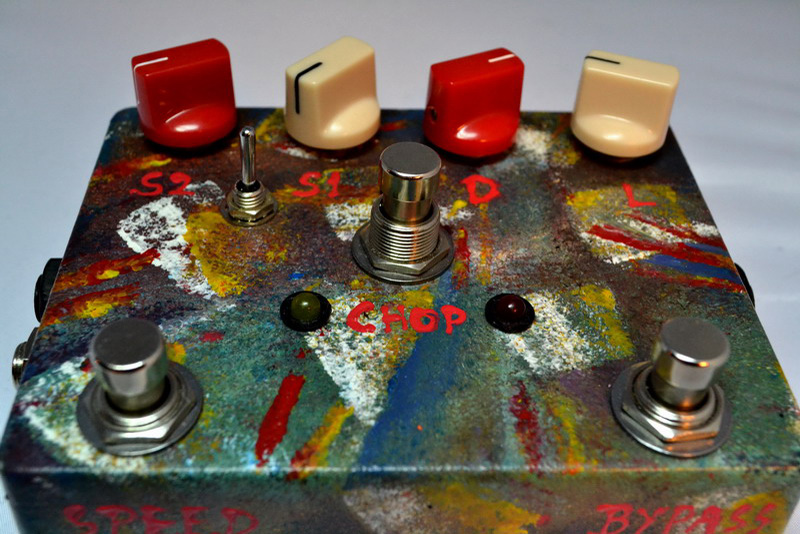 True tremolo fans need quick access to more than one speed. Lacking a tap-tempo, the Big Chill still provides plenty of control over the rate from lazy waver to frenzied chop. Whether you need vintage tremolo or modern slicer-style effects, the Big Chill should be at the top of your list of pedals to check out.