If you have witnessed the growing modular synth craze and wondered how guitar might fit in, Emiliano Bagnato shows one way here. For any who have difficulty understanding his video narration, his written explanation below should help.

Bagnato lives in La Spezia, Italy. He plays guitar, fretless guitar, synthesizers and sings. He played guitar on a song by Luca Benedetto, as part of the soundtrack of Il Ragazzo Invisibile by Oscar winning director Gabriele Salvatores and has performed with Italian musicians like F.M. Palumbo, Paul Beauchamp (in a with a workshop by Einstürzende Neubauten’s Jochen Arbeit), Lorenzo Maffucci aka Mangiacassette, Roberto Bertacchini (Starfuckers), Paolo Monti aka The Star Pillow, and on the Btomic Symphonies sessions created and directed by Jacopo Benassi in his club Btomic. Bagnato engages in free-form interactions between music, theater and photography/visual art with Nicola Tognoni and Stefano Lanzardo, and scored music for Paolo Ranieri’s (a video maker part of Studio Azzurro and Karmachina) project called Fernweh. He also plays in an Alternative Rock band called Libertad, as well as teaching guitar, synthesis and composition. 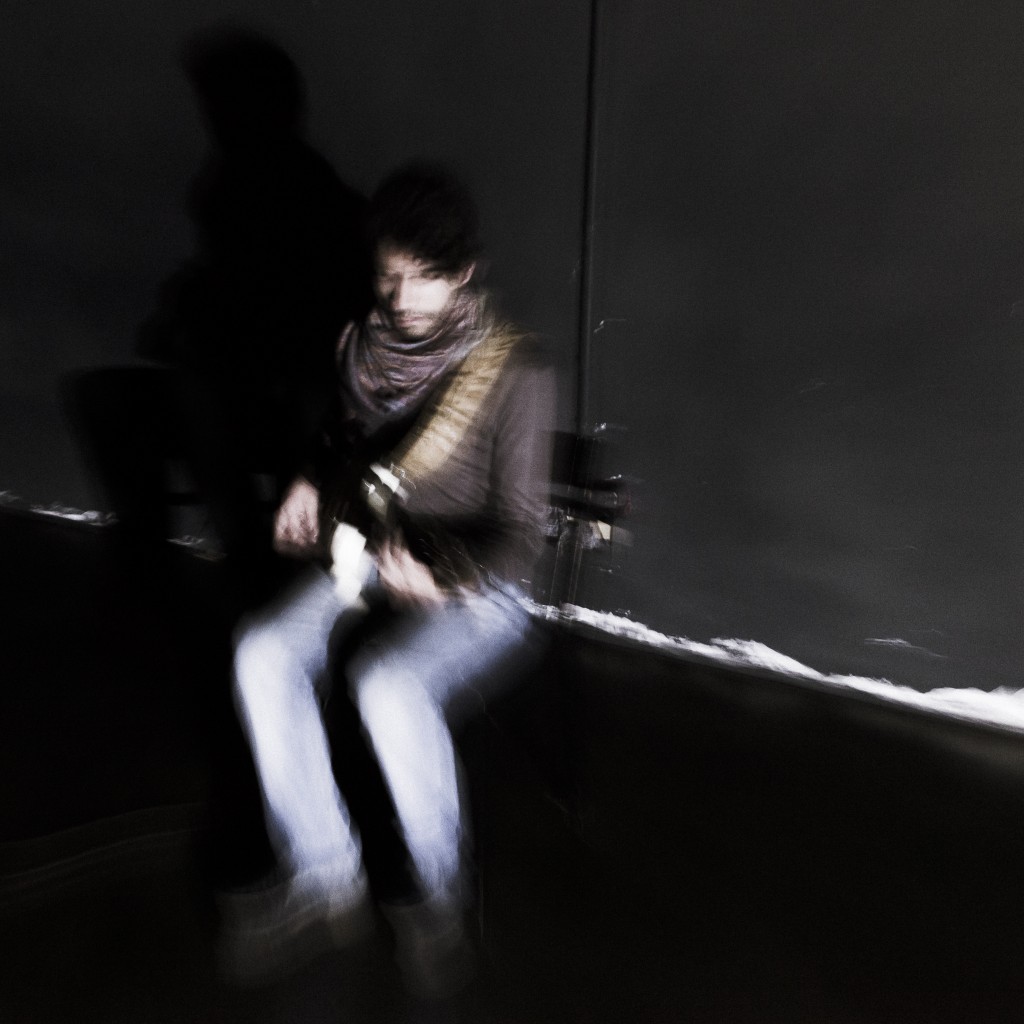 “Amplitude Modulation means to modulate the amplitude, or volume, of an audio signal. Tremolo is a form of amplitude modulation. Over a certain rate, human ears no longer hear the cycles of modulation as volume change, but rather as timbre modification. [This is sometimes called Ring Modulation]. For A.M. Synthesis you need a carrier signal, for example a sine wave oscillator or any other sound, a VCA (control voltage amplifier), and a modulator signal.
Let’s take two sine waves. Modulating the amplitude of the carrier with the frequency of the modulator oscillator generates two sidebands: harmonic and/or subharmonic, along the fundamental carrier frequency (the frequency of the note that we hear). Say the carrier frequency is 440Hz and the modulator frequency 330Hz; we will hear 440Hz and the two sidebands 770Hz and 110Hz, a harmonic and a sub-harmonic. The more modulation, the more the sidebands are audible. If we use a more complex signal as carrier and modulator—such as guitar as a carrier and triangle wave or square wave as a modulator—the result will be more complex because all the harmonic content of the two signals will be affected by modulation.
With a little math we can control the harmonic content of the guitar sound. If the frequency of the modulator oscillator is fixed, every note has a different timbre. If the frequency is changed by a sequencer or a random source, the same note will have a changing timbre. We might use a pitch to CV converter to change the frequency of the modulator in direct relation with the notes we are playing, in this case the timbre will be the same for every note.
I use an electric guitar, often a fretless one, custom made by Chitarre Peter G., with the Fernandes Sustainer system. I use a Blackstar HT5 as amp (I use the speaker simulator output), a WMD multimode VCA, and usually a TipTop Audio Z3000 as a modulator, because it has a little waveshaper, or I might use a Make Noise STO because it has variable waveforms. From there I generally go to an RME Fireface UC audio interface into Ableton Live or Logic. All the connections are explained in the video.
With this technique I’ve composed “Lacerazioni”, a piece part of my latest album Cerchi Nell’Acqua, audible here.”