The b3 Water is part of Gene Baker’s new line of guitars featuring five models based on the Chinese elements: Fire, Water, Earth, Wood, and Metal. It offers a modification of the archetypical semi-hollow double cutaway in the Gibson ES-335 mode. 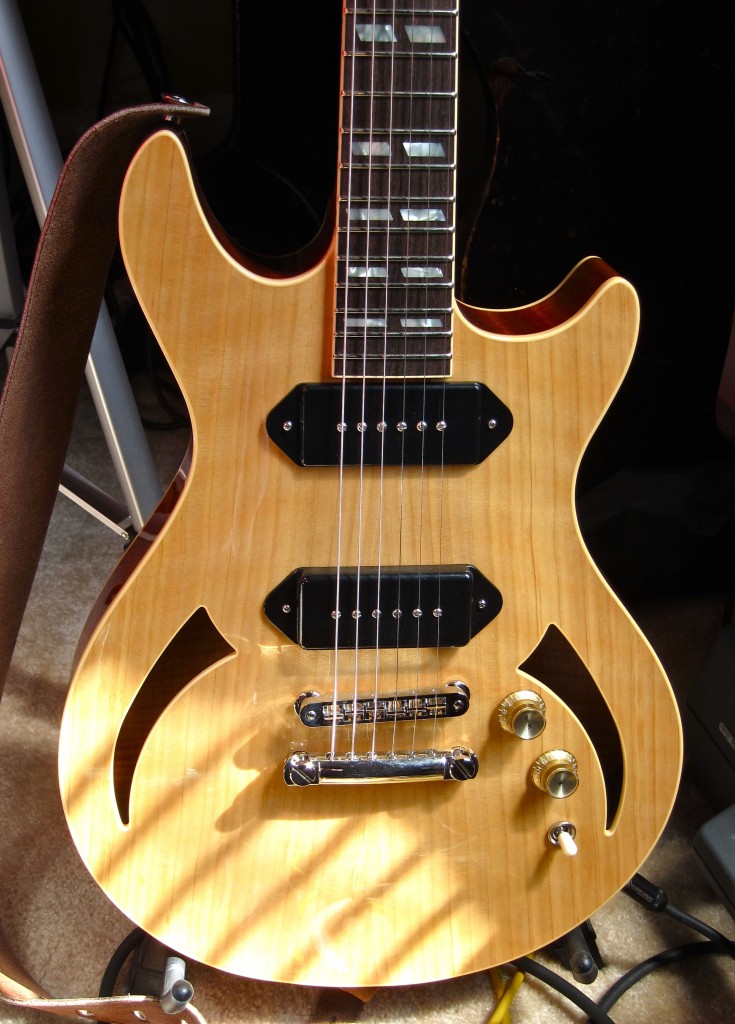 1993 found Baker at the Fender Custom Shop in Corona. Working with the likes of Jay Black and John Suhr, he rose to Senior Master Builder. While at Fender, he collaborated with Robben Ford on three new models, and with John Jorgenson on his signature model.

Baker left Fender to apply his gathered expertise to his own brand: Baker Guitars USA. Having found himself financially unable to continue, he turned the company and name over to Ed Roman.

He was then asked by Premier Builder’s Guild founder Michael Bernstein to serve as Chief Guitar Master Builder for a new boutique, masterbuilt instrument company. At the PBG guitar workshop in Arroyo Grande, CA, Baker designs and builds his own b3 line, while he and his team also construct guitars designed by PBG master builders Dennis Fano and Saul Koll. 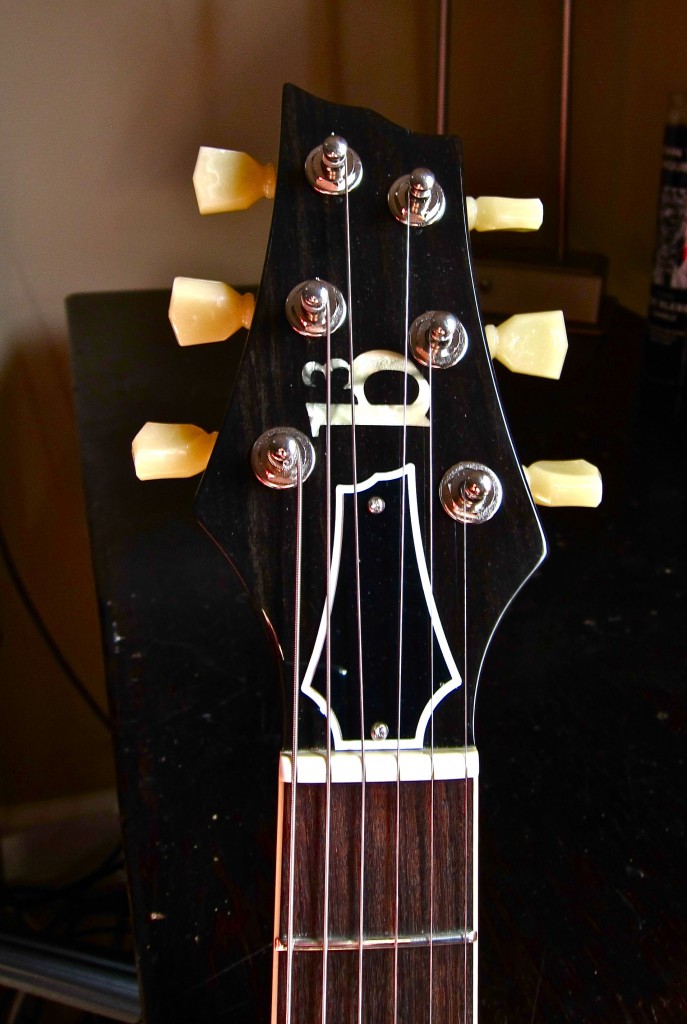 The tested b3 Water came with P-90s though, being essentially a custom instrument it is available with alternate options, including: humbuckers, different woods, finishes, neck shape and fingerboard.

Semi-hollow is probably the most versatile guitar style around; it offers a warm woody tone for jazz, while the center block keeps feedback at bay at rock levels. At the same time, the open holes and empty chambers make desired, controllable feedback more easily obtained than with a solid instrument, especially at lower volumes.

The b3 Water delivers on all these counts and adds the advantage of a smaller body. Semi-hollows can be as weighty as Les Pauls, but the Water clocks in at around seven pounds—a boon to your shoulder on those four set gigs.

A joining of a maple top and back with lower output P-90s keep the Water running clear with no trace of the mud that sometimes results from the pairing of these type pickups with a semi hollow body. 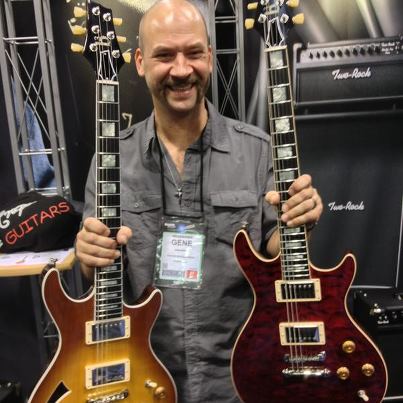 Clean, through a Fender Blues Junior, the neck pickup was warm but with enough bite for some aggressive playing. The bridge pickup’s honk had almost a Strat like “out-of-phase” character. A little bit of grit revealed vintage jump-blues tones. Even with more gain and/or fuzz the b3 retained its voice.

The smaller body only leaves room for a single volume and tone, and some might miss the opportunity to blend bridge and neck pickup. It also seems to force the three-way switch into a less than optimum location, but one you would no doubt eventually get used to.

The b3 Water is a beautifully constructed, easy to play, distinctive sounding instrument. Whether it is the guitar that will best express your music will go a long way towards determining whether you find thenear five grand price tag worth it. Dealers worldwide carry b3 instruments and you should definitely try before you buy. If the b3 Water is the sound you have been seeking, it would be cheap at twice the price.

2 thoughts on “Gene Baker’s b3 Water”