With the Nuvibe—a reissue (of sorts) of the Uni-Vibe—launching at $499 street, Korg seems to be entering the burgeoning boutique pedal market. The original Uni-Vibe was created by Shin-ei in the ’60s and also sold as Univox. Dunlop owns the name Uni-vibe, so even though Korg traces a lineage to Shin-ei, they needed a new name. Nuvibe is perfect, as this old dog has learned some new tricks. 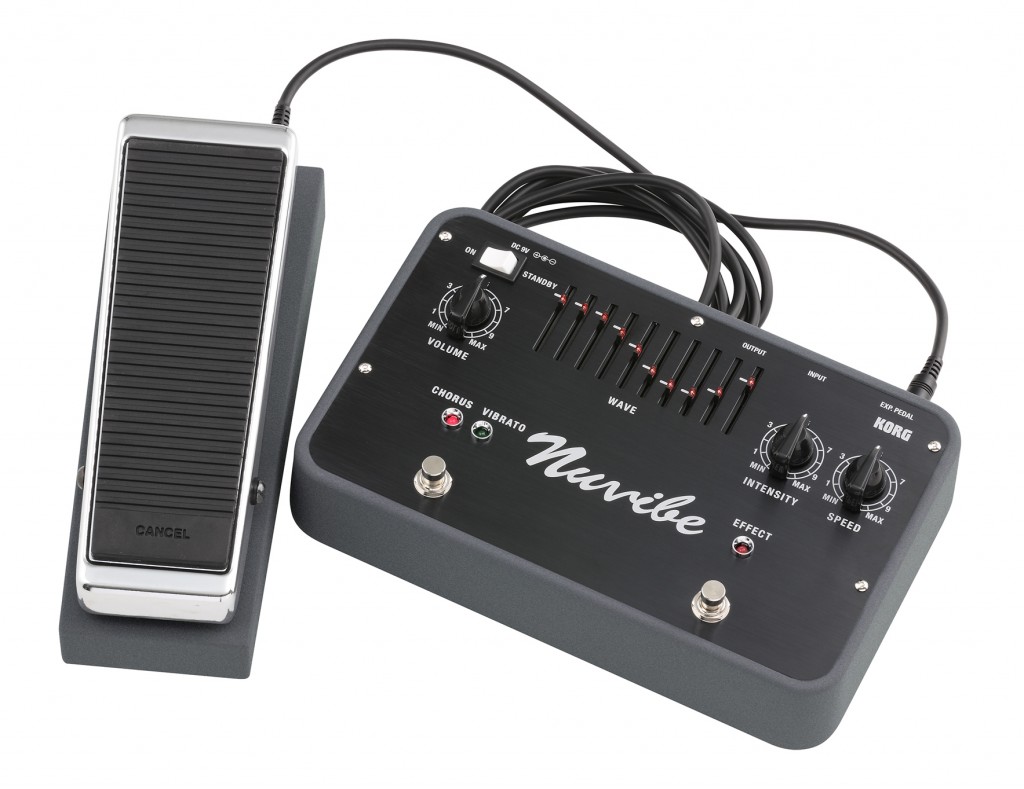 Like the original, the Nuvibe offers a switch for selecting vibrato or chorus, plus Intensity and Speed knobs. The buffer circuit part of the original has been re-designed by the original engineer. The CdS photoresistor that was the heart of the original has been recreated using 79 transistors.   One new feature is ten Wave sliders that allow users to create a variety of original effects, as well as new sounds via custom LFO waveforms.  As on the original, a dedicated expression pedal enables guitarists foot control the modulation effect. An unlatch switch lets the modulation effect be easily cancelled. The Nuvibe runs on both batteries and AC power. It will be in stores in early summer 2014.

3 thoughts on “Everything Old Is Nu Again”