There is a new YouTube channel that combines van life and guitar called Guitar Magic, with John Hammond interviewing guitar related people. His interview with Mike Baggetta offers insightful questions and answers. And here is a link to my own interview with this master of modern guitar.

One of the new generation of modern guitar masters interviews an OG. Fender presents Nick Reinhart interviewing and jamming with Thurston Moore of Sonic Youth fame, as well as a performance by Moore’s group. As a bonus, I include the EarthQuaker Devices series Show us Your Junk, featuring Reinhart wittily describing his massive collection of sound generating gear. PS: If you haven’t watched the HBO Max series, Irma Vep, it is worth it just for Moore’s creative score.

END_OF_DOCUMENT_TOKEN_TO_BE_REPLACED

Sorry I have been a little MIA with Guitar Moderne but my wife and I recently sold our house and moved to France. Hopefully that means I will get to see some of the wonderful European guitarists that have been featured in the magazine. I am playing some catchup here, so if you sent me something that has already been released please remind me. In the meantime here are some relatively new releases, including a bunch from Ramble Records, which has become something of a go-to label for modern guitar artistry. 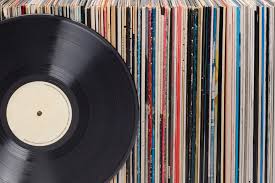 END_OF_DOCUMENT_TOKEN_TO_BE_REPLACED

I interviewed Sarah Lipstate over a decade ago after seeing her put on a terrific show of solo looping in Brooklyn, over a decade ago. In the years since, she has gone on to open shows for another great aliased modern guitarist, St. Vincent (nee Annie Clark), as well as touring, recording, and writing with Iggy Pop. For EarthQuaker Device’s series, Show Us Your Junk, she waxes at length about her gear and her origin story.

While many mainstream guitarists were bemoaning that live gigging was ramping up too slowly, avant-garde picker Seth Andrew Davis was doing 50 gigs in the first six months of 2022. Even more surprising, he is based not in the new music scene of Brooklyn but in Kansas City. How is this possible? Check out our conversation to find out.

See some of Davis’ performances below.