In his video “To Bill” (below) it is easy to detect who the Bill in the title is, but Rocco Saviano also cites Avant-singer Mike Patton. Still, when not paying homage to modern guitar icon Frisell, Saviano’s music leans toward more towards the romanticism of his classical background, with emotion-filled melodies layered over consonant chords, rather than towards Patton’s aggressive sounds. In fact, Saviano’s lyrical style gives ample proof that noise is only one way to be modern.

I started playing guitar when I was 14, beginning with classic rock, grunge, punk and heavy metal. Thereafter, I became interested in classical music and earned a degree in classical guitar.

When I started to study and listen to classical music, I developed a wide vision of music and consequently developed the urge to experiment and explore new musical fields. Furthermore, discovering and playing contemporary guitar music has been crucial.

Classical music is fundamental, because compared to other musical languages; it is the one that has a large diversity of parameters (form, duration, tone, rhythm, harmony, etc.), even though this does not mean it is better. I am influenced by ’70s progressive rock, ambient music and concrete music, as well as contemporary avant-garde. Some of the artists that inspire me are Yes, Karlheinz Stockhausen, Mike Oldfield, Ralph Towner, Bill Frisell, Mike Patton, Toru Takemitsu.

I think live improvisation is one of the elements that leads you to improve and identify your own style, in addition to the in-depth application of guitar effects through an experimental approach. Also, analytical listening to music, without genre limits.

It is interesting to not to think about the guitar as a traditional musical instrument, but rather as a tool to produce endless types of timbre, both to recreate other instrumental voices and never-before-heard sounds. In my opinion, all of these elements must be connected to a purely unconscious inspiration.

I simply try to translate my imagination into music; to put something that is intangible into a concrete form that represents an inner survey or a journey to discover the potential of the instruments I use. In this case, it is music that stimulates imagination. Frequently, sci-fi, literature, cinema and visual arts also support my compositions or an improvised session. The rest is free exploration.

Which guitars, amps, effects, plug-ins and software do you use to create your music, and WHY

Regarding guitars, I use everything I own to achieve a different sound every time I play (in particular, I appreciate my ’52 Telecaster due to its versatility); my current amp is a DV Mark Little 40 through a DV Mark DV C212 Standard cabinet.

I use several pedals—especially the ambient ones—but not as many as most ambient guitarists use. My sound does not derive from a lot of effect layers, but from my musical language and melodies I create in real time. In each session I always use TC Electronic Ditto Looper X2, which I consider my “must have.” Sometimes, I employ software to research more complex sounds and textures.

I usually use my Zoom H4N if I have to record a live session with a basic rig, and then I use Steinberg Wavelab mastering and audio editing software to improve the results in post-production. If I do not want to use a guitar amplifier but want a clean, aseptic sound, I link my gear to an audio interface, and through Steinberg Cubase I can manipulate the dry guitar sound. This enables the final result to be of higher quality.

For amplification he also uses a ’94 Fender Twin Amp, or a Blackstar HT Studio 20. 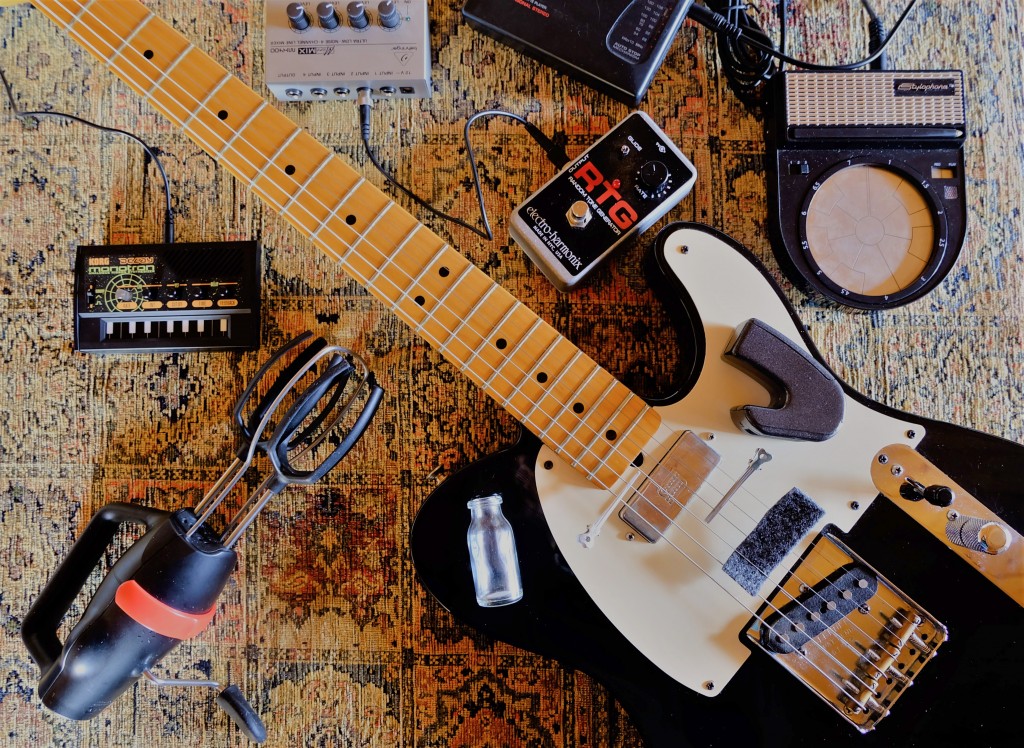 I like both, for different reasons: in a live session you can discover where your unconscious will lead you, it is something that happens only in that circumstance and it varies from session to session because of your mood, location and audience, so everything you create in real time takes a unique path each time.

Recording allows you to stop momentarily; to capture an “episode” and reproduce it; to overdub how and when you want to obtain new atmospheres; and to experiment with new techniques. It is a complementary side of musical research that it is very important in this field.

I am building an audience little by little by being free to create what I like most, avoiding forced tricks and letting enthusiasts discover my music. Obviously, this is not for the masses and I realize, that since we are talking about complex languages, growth will always be slow and progressive.

I am open to any collaboration, both with those in the musical field and in other combinations, such as music with literature, music with painting or music with visual art. If I collaborate with other independent artists, it would be exciting because research is one of the main goals of this activity. If I had to think big, I would like to collaborate with someone like Mike Patton, who never sets limits in musical exploration and who knows the Italian language and culture very well.

During the past year, I dedicated many hours to real time experimentation; to pure improvisation using the guitar as the main instrument ranging from a tonal/modal language to an aleatoric one.

Now, I plan to commit to recording and want to work on two parallel projects: the first is about ambient guitar, based on a consonant language; the other consists of sound art and concrete music, with a refined use of electronics and other instruments.

The work will be long and hard, but the results will ultimately be worth it for both my audience and me. My music will be available on Bandcamp and you can find my updates and news visiting my Face Book page.