Noveller first appeared in Guitar Moderne after the release of her Glacial Glow record. A video gear guide was offered here as an adjunct to my Guitar Player interview.

“Cinematic” is an overused word when describing ambient music, but in the case of Sarah Lipstate, who records and performs as Noveller, it is thoroughly appropriate. Lipstate is a filmmaker who has been known to hand-stitch thread into celluloid to create visual experiences as unique and abstract as her recordings. Whether it induces external or internal images, her evocative record No Dreams is sure to take you on some sort of journey.

In college my playing was much more song-oriented. I spent a lot of time coming up with alternate tunings and then writing songs specifically for those tunings. I was listening to Glenn Branca and no-wave bands at the time, so most of the songs I wrote were pretty dissonant and noisy but it’s the closest I’ve come to playing rock music.

I lived in a house in Austin, TX while attending college and used to have band practice in the detached garage with my drummer boyfriend at the time. We’d practice our noisy rock songs during the day when I wasn’t in school. One day while we were playing, a police officer showed up at the house and told us there had been numerous complaints from the neighbors and we had to stop playing immediately. Our solution was to bring the rehearsal inside and swap out the drums for a synth. We started recording improvised guitar and synth soundscapes in my bedroom and I began my obsession with collecting effects pedals.

I still feel the strongest about the music that I listened to as a teenager when I was first beginning to play guitar: Glenn Branca’s The Ascension, Brian Eno’s pop and ambient albums, Die Donnergötter by Rhys Chatham, Sonic Youth’s entire discography, and most everything by The Velvet Underground.

My playing improved when I started spending more time playing my guitar completely unplugged. The type of music that I make is so reliant on effects pedals that it can become a crutch for lazy playing. By playing unamplified, I can focus on the guitar itself and my technique.

I want my music to solicit euphoria and sadness and emptiness and hope.

My latest full-length No Dreams, was a very exciting endeavor for me because it was the first time I introduced non-guitar sounds into my Noveller compositions. I started off recording guitar tracks using my Fender Jaguar (1995 made in Japan) and my slew of effects pedals. I relied pretty heavily on my Eventide Space Reverb pedal, Eventide TimeFactor Delay, Walrus Audio Mayflower Overdrive, and Electro-Harmonix HOG pedal. Then I began recording some synth tracks and other textural tracks using MIDI sound libraries.

On the track “Gathering the Elements,” I begin with looped guitar swells going through the HOG pedal to create an organ-esque sound. Then I bring in a bowed guitar line that’s going through both Eventide reverb and delay pedals. The next guitar line gets it’s interesting sound from the “DriveDoom” preset on the Eventide Space reverb pedal. About halfway through the piece I add a low pulsing synth track that I created using the Minimonsta soft synth and then build the piece with a distorted tremolo guitar melody. As the song builds and builds, I bring in a low F note that I pitch shift up on octave with a slow bend using my Boss Super Shifter pedal. The piece climaxes with a loud boom and then dissipates back to the Minimonsta synth bass tone that closes out the piece.

I love recording. I feel such a sense of accomplishment and euphoria after spending a productive day at my studio. Playing live is often an incredible experience for me as well, but all of the waiting around and loading gear and fickle audiences factor into that experience. Recording is pure creation and it’s one of my favorite things about making music. 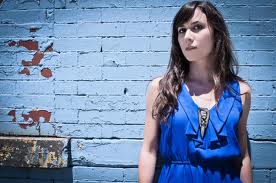 In January 2007 I moved from Austin, TX to Brooklyn, NY to pursue my music and film career. I decided to make the move after having spent a week in Williamsburg playing at the CMJ music festival in October 2006. The audiences in New York just seemed so much more receptive to experimental music than the audiences I encountered playing around Texas: it felt like no matter what kind of crazy noise I decided to play, there was a place for it and an enthusiastic audience that would embrace me. I started out playing tiny shows at bars and DIY spaces in Brooklyn, but quickly began getting offers to play at some slightly bigger festivals outside of NYC. I released a few small edition cassettes with local tape labels. I started to receive reviews and mentions on music blog sites like Impose Magazine (who supported me very early on) and BrooklyVegan. I felt like things would build if I kept playing shows and releasing new recordings and sure enough, things grew and grew.
Most of the connections that I’ve made with successful musicians have come about through the Internet. Having my recordings available to listen to online has been invaluable in terms of exposure. One of the coolest New York moments for me was when I was introduced to Jim Jarmusch (Filmmaker/Musician) after a performance of his and he told me that he loves watching videos of me playing live on YouTube. Bandcamp and YouTube are total godsends for independent musicians looking to grow their audience.

With whom would you like to collaborate and why

I’d love to collaborate with Laurie Anderson someday. A proposal to collaborate live for a festival was in the works at one point but ultimately fell-through. Maybe one day!

My latest full-length album is titled No Dreams and it is out now on Important Records. It’s available to purchase on CD or MP3 through my web store. I also just released two great recordings as digital albums on Bandcamp. The first is a live recording of my collaborative set with Sonic Youth guitarist Lee Ranaldo from March 11th, 2011 at Roulette in NYC. The second is a double album of guitar pieces that I originally recorded and released as looping cassette tapes for a very limited edition DVD box called ARTIFACT. I collected my favorite 12 pieces from the series and reissued them as a digital album by the same name. You can listen to and purchase No Dreams, ‘Live at Roulette’, and ‘ARTIFACT’ at the Noveller Bandcamp site.