Born, and currently residing in Cleveland, Mike Sopko made his name in the San Francisco/Oakland area, where, for 13 years, he took part in some of the region’s most exciting improvised projects. He has played and recorded with Bill Laswell, Mike Watt, Dosh, Thomas Pridgen, Tyshawn Sorey, and more. A founding member of Sopko/Laswell/Pridgen, Glimpse Trio, Big Band, and Cascading Liquid Rainbows, his playing ranges from lyrically pastoral, to raging cascades of sound.

Van Halen inspired me to play guitar at age seven. At 12 I was inspired by Phish, within a few years that opened me up to more jazz and experimental music. I was proficient enough at 13 to sit in with older bands. By 16, I was good enough to play different styles of music. From 12-15, I played jam band rock, from 16-19 experimental and indie rock. From 20-25, I started playing free jazz experimental guitar. I’m 35 now.

Two big things: when I was 17, I saw Matthew Shipp (piano) and William Parker (bass) play a show that blew me away, and then, at 18, I moved to Alaska to study guitar and shed. My friend in Cleveland managed a record store where Harvey Pekar would come in. He told Harvey he had a friend in Alaska that played guitar and was getting into free jazz. Harvey was stoked and sent me boxes of cd’s to check out. A few of them changed my life musically: David S. Ware Cryptology, Arcana (Tony Williams, Bill Laswell, Derek Bailey), Joe Morris’ You Be Me; John Zorn’s Kristallnacht, and William Parker’s Sunrise in the Tone World. I was on the fence as to whether I wanted to pursue music professionally. I listened to Cryptology and I was sold. It absolutely blew me away.

David S. Ware, John Zorn, Marc Ribot, Bill Frisell, Joe Morris, Bill Laswell, Tim Sparks, and Dosh, among so many people. The biggest impact on me now is the musicians I play with. Hamir Atwal and Martin Dosh have had such a big impact on my playing its unquantifiable. The last five years playing with Hamir I would say has given me the biggest inspiration.

By playing with amazing musicians, going on the road and playing music for different people in different environments. It takes you out of your comfort zone. You also learn what works and what doesn’t. Also, this might sound funny, but staying in shape.

What made you choose to work without a bass player in Glimpse?

Hamir and I started the band together. We did the first couple of tours with a bass player, but it became clear very quickly that we had to do it on our own. We couldn’t find someone that was willing to tour as hard as we were. The touring in the beginning was so DIY: sleeping in the van, on floors, while just making enough money for gas and food. Not many people want to sign up for that, so we started touring as a duo and that’s when things really started to pick up. We learned how to perform as a two-piece, which was hard in the beginning. Now drums and guitar is my favorite lineup. The music is stripped down and very exposed. You have to be on point to make it fly.

Especially with Glimpse, it is that music should be relatable to different kinds of people with different taste and values. I see so many great musicians only playing for people who are already familiar with their music. They don’t go out of their comfort zone and play in places where folks have never heard their music, or try and make music that’s more universal. In the United States, I liken it to only playing New York, Chicago, and San Francisco, i.e. safe places where people are liberal and scenes are cliquey, as in “He played with so and so.” We want to make music that’s original, accessible, and challenging for everybody. We want to be ourselves and be original but also learn how to relate to people that are not like us. 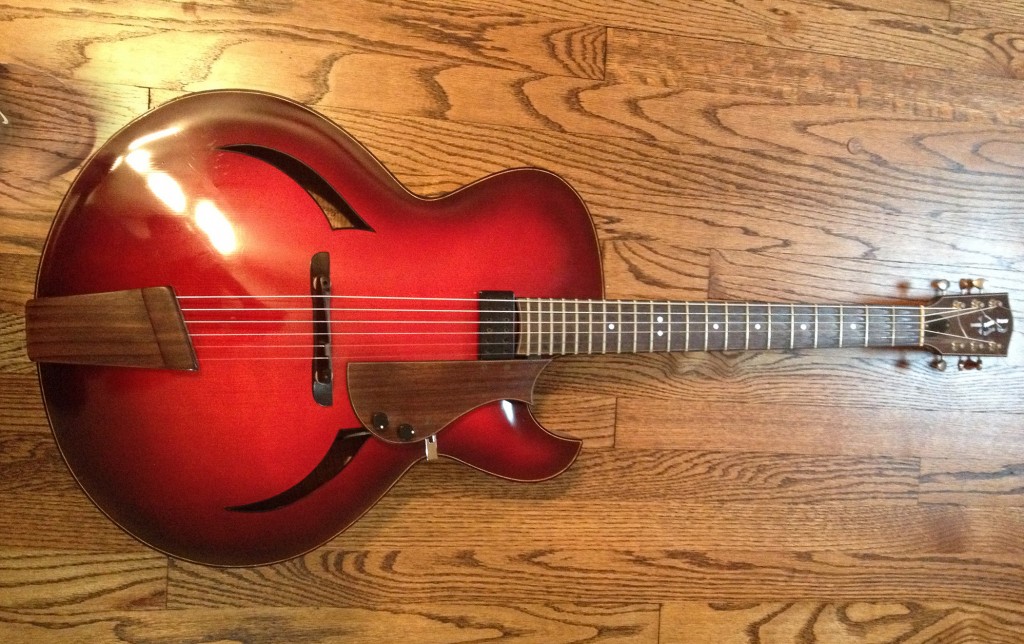 I play a Tom Anderson Cobra. I got it in 2004 and I love it. It’s my favorite guitar. It has held up so well. I play a Martin D-35 acoustic, a DMT hand-carved archtop, and a Ramirez classical guitar. I record with three different amps: an Orange Rockerverb 50, a Mesa Boogie 1×12, 35-watt Maverick, and a Mesa Boogie 2×12, 100-watt Tremoverb. I tour with the Maverick; it’s the smallest of them and gets the job done. As far as pedals, its pretty simple: a volume pedal, Tonebone Classic Distortion, a ProCo Turbo Rat, MXR Phase 90, a Moog MF Delay, a Boss DD7 and DD3 delays and a volume pedal. 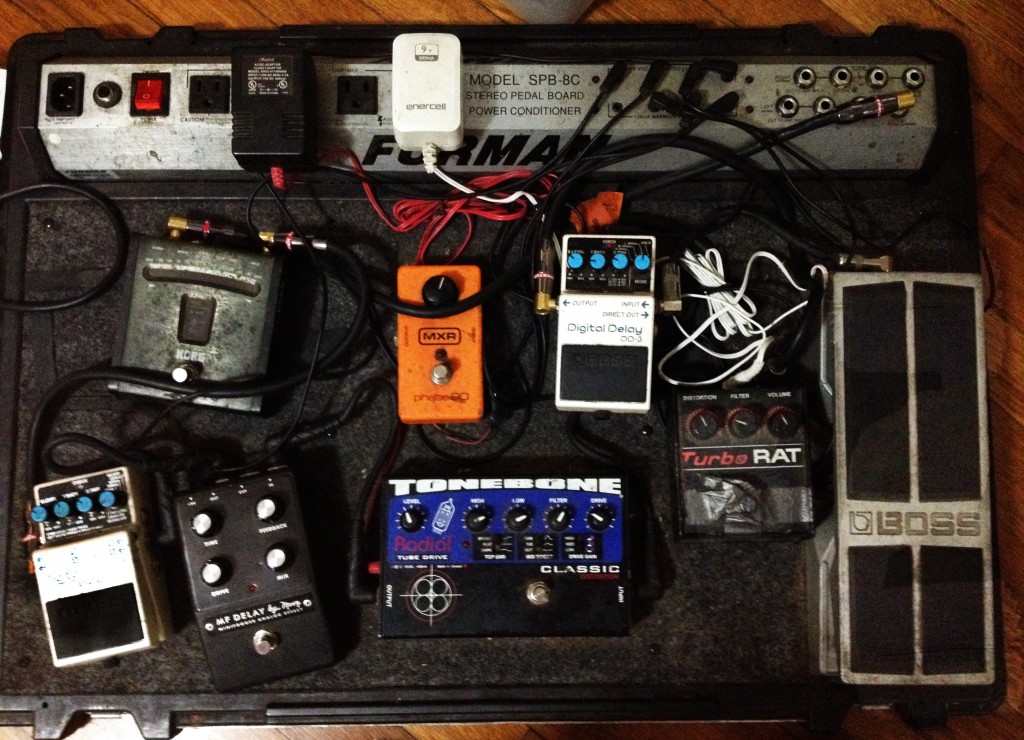 I have a recording studio at home and use Pro Tools. I like recording in other studios and at home; at times I’ll mix the two together—record the drums and guitar in a studio then take it home and refine it.

I like them both, they are equally important; each is an integral part of the whole picture. Live is so amazing for the reasons I stated above, especially touring. You go to new places, meet new people. The immediate connection you make with people in a room when playing is priceless. It’s also important to record in the studio and to switch up the process of how you record. There are ways of composing in the studio you couldn’t do live.

Touring, touring, touring, and collaborating with great musicians, which exposes you to their fans. Because of the music with Bill Laswell and Thomas Pridgen tons of new people are following what I’m doing. Thomas Pridgen is amazing; we have about five albums in the cooker—two with Laswell and three as a duo. That’s really cool because Thomas isn’t involved so much in the experimental/free jazz scene. Something I’ve learned from Laswell is that it’s good to collaborate with people and try and get them to do things that are new for them, like the way he put Tony Williams and Derek Bailey together in Arcana. It is one of my favorite albums of all time.

I just crossed one big one off the list. Tyshawn Sorey, Bill Laswell, and I just did a recording that will be out next year. I wanted to play with Tyshawn for some time. The session was amazing. I hope to do more playing with him in the future—he is a genius. Other folks I’d like to work with include, Thundercat, Dave King, John Zorn, Jamie Saft, Joe Tomino, Marc Ribot, and Matthew Shipp.

Sopko/Laswell/Pridgen is coming out October 16th. It also features performances by Dosh, Michael Lewis, and Hamir Atwal. It will be on all the digital platforms and available on cd from Amazon, iTunes, and all the platforms. Oz Fritz mixed it.