Guitarist Jon Durant brings a unique sense of texture and melody to his instrument. His distinctive “cloud guitar” soundscapes and lead work have appeared on numerous recordings and film soundtracks. As executive producer of Alchemy Records, he has released recordings by other modern guitarists, such as Robbie Aceto, Wayne Krantz, and Leni Stern. His own latest release is Etymology by Burnt Belief, a project with Durant and Porcupine Tree bassist Colin Edwin.

I grew up on Prog Rock and had one of those life-altering moments when I first heard “Roundabout” by Yes as a kid. At that point I knew I had to play music and devoured all the British prog bands: King Crimson, Genesis, Gentle Giant, etc. By the time I started to play guitar for real, at about14, I’d already begun to gravitate towards jazz-fusion. My first teacher was a great player named Jon Catler, who was just finishing Berklee and getting into microtonal guitar, which he pioneered. While I was studying with him, I saw Randy Roos opening for John McLaughlin in Boston, and was absolutely blown away by his playing. I studied with him a couple years later, mostly focusing on jazz, and we’ve been good friends ever since.

There was never a time when mainstream music appealed to me. I never understood what people saw in the music that was popular. The only times things crossed over were when something I liked went mainstream. The Police would be a great example of that: Andy Summers did these really unusual things, wonderful colors and textures, but they had Sting’s songwriting to put them over the top. I have always had music burning away in my head; have always felt the need to somehow document it. 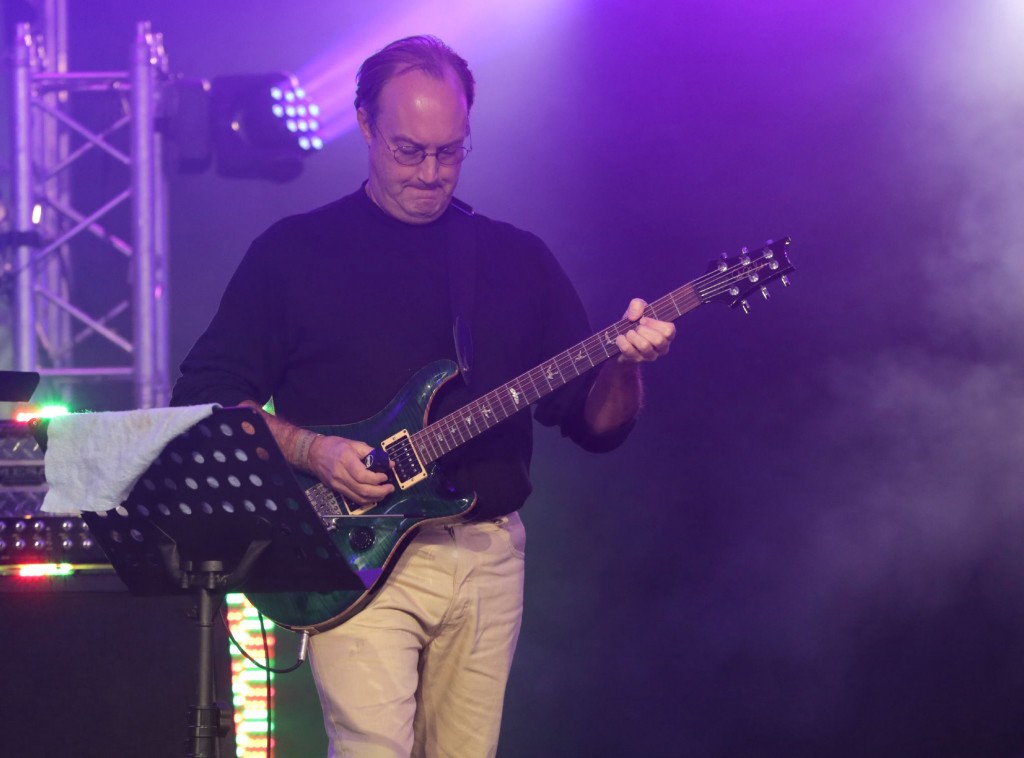 There are so many musicians over the years that have inspired me, and continue to now. Terje Rypdal springs to mind because at the time I got into him (I was 14 when I got “Waves”) it was such a mind bender. In 1978 the speed wars were beginning—DiMeola, McLaughlin, Morse, etc. were playing more notes than anyone could imagine, and here was Rypdal playing next to nothing (relatively speaking), but what he did stopped me dead in my tracks. Others include Robert Fripp, Steve Tibbetts, Bill Frisell, Steve Hackett, David Torn (who’s been a huge help to me over the years). Some more recent things I’ve been into have been Anthony Pirog, who I think is just brilliant, Nick Bartsch’s Ronin, Sonar. There are also a lot of non-guitar musicians that have also had a huge impact, including Kenny Wheeler, Eberhard Weber, Peter Gabriel, Jon Hassell, Wayne Shorter.

There have been lots of years of experimenting, and working at trying to figure out how to get the stuff from my head out through the guitar. In some ways, my relative isolation has helped create my unique voice, in that I’m less frequently asked to do something other than play like myself. No one is going to ask me to do a country gig! 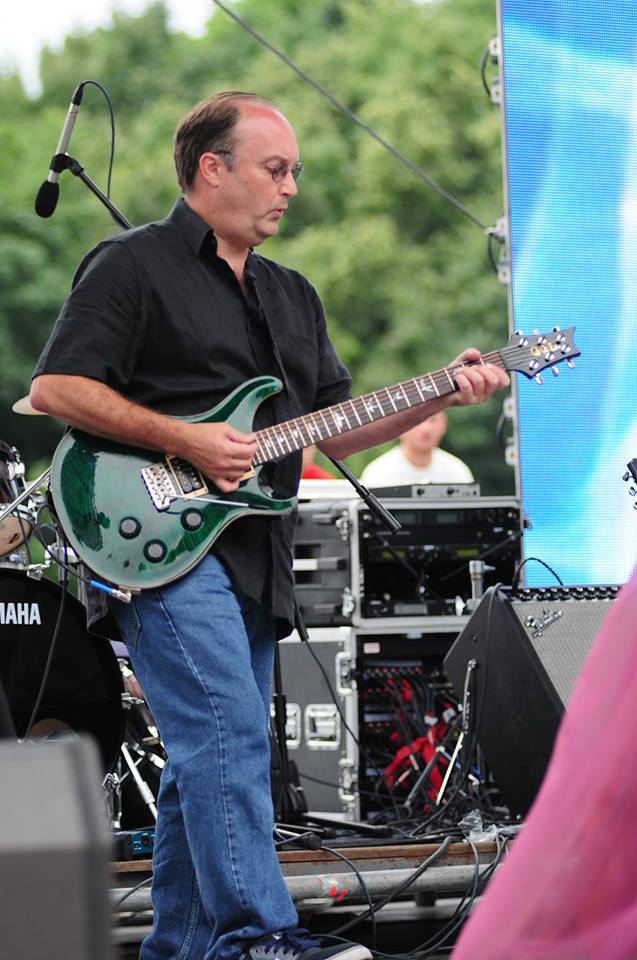 I’m really interested in landscapes and mindscapes. Over the years, I’ve favored music that’s more introspective, but the new Burnt Belief album, Etymology, is perhaps a bit more outwardly vibrant, and even aggressive. Which is why I chose a cityscape for the cover image as opposed to a stark landscape. There’s still plenty of ambient space on the album, but it’s definitely tinged with an edge.

I have five PRS guitars I play as my primary instruments; a Custom 22 that I’ve outfitted with a Roland MIDI pickup is the primary guitar for the live set. On the new album most of the leads were done with a Custom 24, the limited edition Custom 22 semi-hollow was used on “Rivulet” and the 2010 Experience 24 is on “Hover.” My Klein electric guitar also made an appearance in a few spots—the rhythm guitar on “Précis”, and the clean arpeggiated parts on “Hraunfosaar” and “Not Indifferent”.

On Etymology the lead rig is: guitar into a Pigtronix Philosopher’s Tone Germanium, then into an Ernie Ball Volume Pedal, feeding a Mesa Boogie Mk V. The effects out of the Boogie feed a Lexicon MPX-1. The clouds were recorded direct in using a Line 6 Pod, through an Eventide H9, and a Pigtronix Echolution 2 deluxe. Most of the clouds were recorded in Portland, OR, with a PRS Custom 24 that I keep in my apartment there. 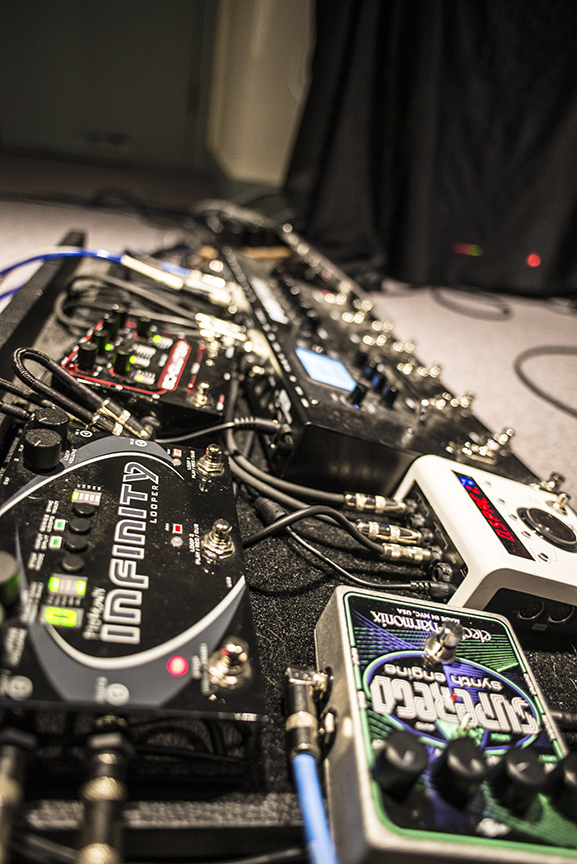 One of my favorite odd sounds was the pinging sound at the end of “Précis” which was my stone pick (from Picks and Stones) pinging the whammy bar with some octave up verb and delay, which then got looped. Another effect I used here and there is the Tremolo plug-in from Logic, where I can get really flexible choppy trem sounds, locked in time with the track. (The clouds at the coda of “Not Indifferent” are a great example.) I also use the delay designer plug-in for some rhythmic delays, which I find to be a really cool device for creating interesting patterns, plus I used it for the bizarre cascading 3rds on the melody line of “Squall,” and the piano on “Not Indifferent,” which ends up sounding nothing like a piano. Also, the nasty distortion on “Convergence” is the Dwarfcraft Bit Mangler. Live, I’m using a Line 6 HD500 with the Eventide H9, Pigtronix E2 and Infinity Looper.

I love the control that you have in recording—the ability to explore without having an audience wondering where it’s going. I really try to maintain spontaneous excitement when I’m recording, because it keeps the music feeling fresh. I’ve had a lot of issues with performance anxieties, so playing live can be a challenge for me. But when it goes well, it’s an extraordinary feeling so I try to force myself to get through it. At the moment, I’m prepping for Burnt Belief’s live debut at Progtoberfest in Chicago.

I’ve been really fortunate to have some support in different parts of the world. I’ve never had a large following, but it seems that those who do like what I do really stick with me. The challenge is to find outlets where the music makes sense, and fortunately we still have Echoes radio, and several online places that are interested in playing my music.

With whom would you like to collaborate and why?
I’d really wanted Jon Hassell to play on my album Dance of the Shadow Planets, and it almost happened but the timing didn’t work out so I ended up having Caryn Lin play violin on it, which worked out really well in the end. But I’d still love to do something with him—I find his unique trumpet voice to be so inspiring, and think it would blend really well with my cloud guitar stuff.
What is your latest project? When will it be available and where can people in different parts of the world get it?
The latest album is Burnt Belief’s Etymology. Burnt Belief is my joint project with Colin Edwin, the bassist from Porcupine Tree. It’s available now at the jondurant.com shop, CD Baby, Burning Shed , Amazon.com, iTunes and other online sources.