To see Dustin Wong perform his looping magic is to be amazed at the precision of his picking rhythm. Using two delays and a Boss RC-2 Loop Station, plugged directly into the PA, he creates intricate, interlocking grooves that can be spoiled by a single poorly picked note. Employing a relatively small palette of pedals, Wong conjures up a surprisingly wide variety of sounds, exploring emotive textures to compliment his polyrhythmic patterns. In addition to answering the usual Guitar Moderne questions, Wong kindly submitted to a video interview about his gear and how he uses it.

I feel like I finally got the hang of the instrument about two to three years ago to be quite honest. The guitar was a bit of a wild horse even when I was in Ecstatic Sunshine and Ponytail. I was listening back to some of those records and I noticed how the songs broke a lot of rules, but made sense. There were tempo changes and key changes that we didn’t understand; we were just trusting our intuitions.

I’m interested in the sublime, and sounds that takes me to different landscapes. It doesn’t have to be experimental, I think those interests just leads to experimentation. It can be told in traditional ways, theatre or storytelling, but I feel like sounds keep it open, it’s the listener’s responsibility to imagine the world that they hear.

Les Paul is someone I have to mention every time because he opened up the world of amplified guitar and multi track recording, well before BBC Radiophonic Workshop and Joe Meek. His records were began the music of imagined worlds.

Practice and wanting to explore in depth. I just worked on it everyday, the fire burns hotter when there is mystery. The loop pedal was such a great tool for that, it made me a better player and I understand the instrument so much more now. 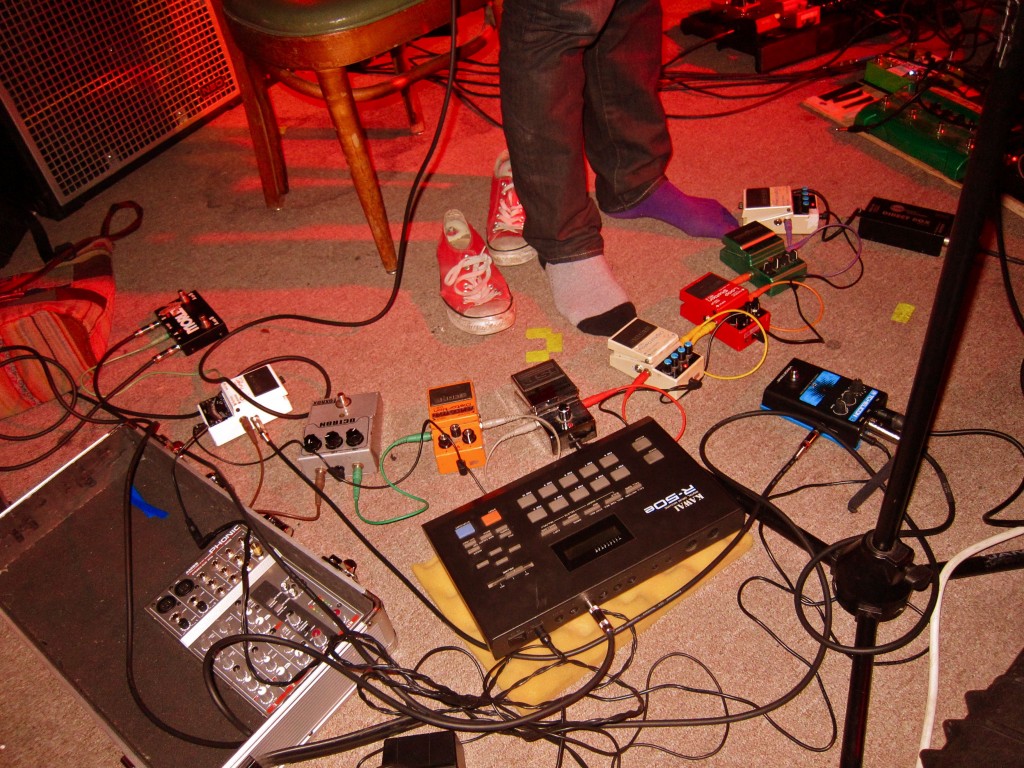 I think the music isn’t trying to convey anything concrete, but more of a feeling, and that feeling reminds the listener (in their own interpretation) of a memory or a (made up) place.

I mainly use the computer to record and it’s for a very basic reason, for me the pedals or the hardware are the essential things for making my music. Everything before the Boss RC-2 is mainly for changing the timbre, I have an Octave pedal called the Foxrox Octron and in combination with my Analogman modified Boss DS-1 distortion it can get a lot of different sounds. Also changing the pickup from the bridge to the neck you can get three specific bands of frequencies. [See video for more]

I like both for very different reasons. Playing live I get a rush of all the sounds being so immediate and performing in front of an audience can be such a thrill. Recording for me is about taking a song all apart and putting it back together and I really get to understand that piece so much more. Sometimes I don’t understand the mechanics behind the song until I record it, even if it’s been a year of playing it.

I know that someone is listening, but I don’t really know where they are…! 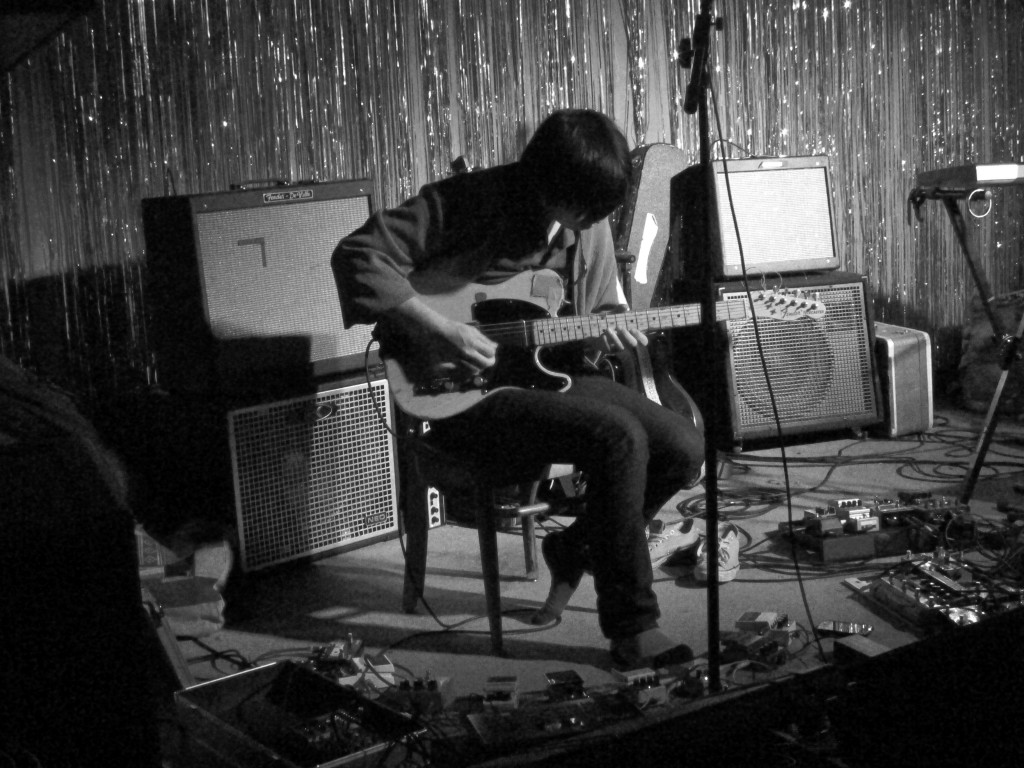 I have been collaborating with Takako Minekawa, which has been such a pleasure, I’ve been a fan of hers for a long time. She has an energy that is refined, soft, and raw at the same time. She works through intuition, and brings a new aspect in to the creative process.

I’m working on a new record with Takako now that is hopefully going to be available this year. Really excited about it! US and Japan will definitely get some distribution.