The current European guitar scene is overflowing with exploratory guitarists like Noel Akchoté, Gunnar Geisse, David Kollar, and others. Richard Bonnet is another brilliant player in this vein, with chops to spare, but used in the service of pushing boundaries rather than athletics. Grounding in the blues keeps his flights of musical fancy rooted in real emotion as he attacks his custom instrument with abandon. He joins Akchoté and two other European guitarists on Skies [Alina Records] to pay tribute to the music of Ornette Coleman. His solo acoustic work on that record is only a one example of a career that includes electric and acoustic duos, trios, and composing for larger ensembles.

I was playing hard rock and metal. At around 13-years-old, I had started to compose and had my own band. At 17, I took my first guitar lesson with a jazz guitarist. At that point, things changed, I was puzzled by this unknown music and wanted to learn. 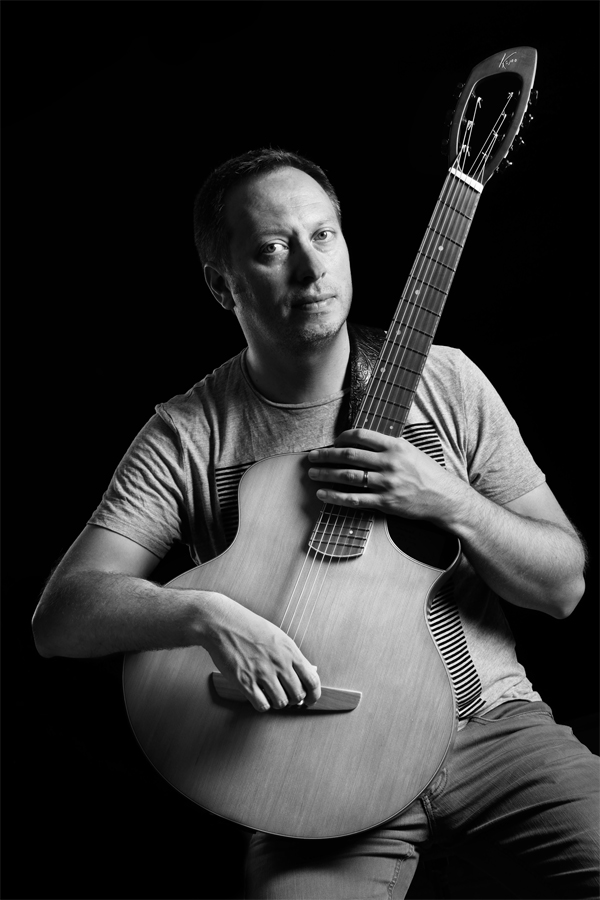 The blues: Robert Johnson’s music gave me the freedom. I understood that I could play anything I want. Today nothing has changed, when I improvise I feel the blues.

By composing, being curious, and  adventurous. I am still working on rhythm stuff. Also, I teach in a music conservatory and learn everyday from my students. It is a good way to get better.

Nothing. I just try to feel good and hope the audience feels good too. Each time it’s a musical introspection. 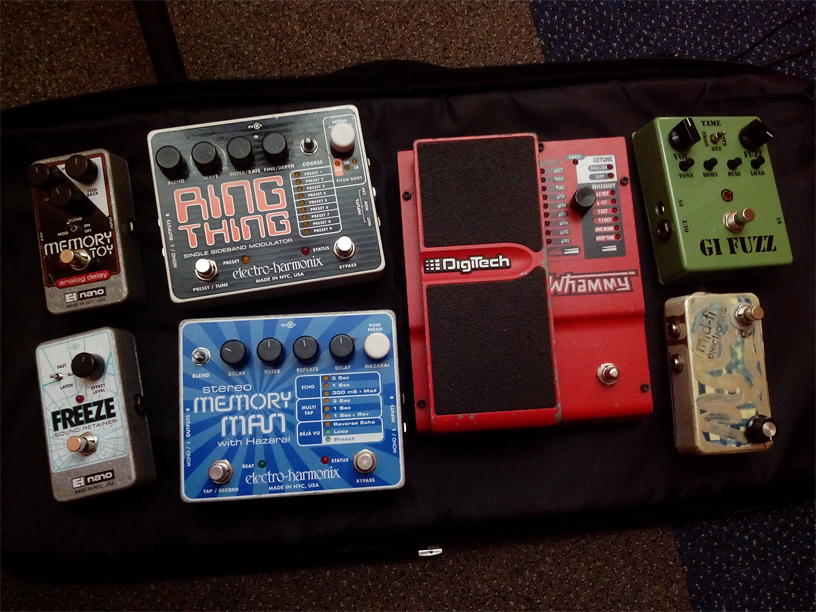 I like both. The difference is the audience. In the studio I like to record very fast—one or two takes—to keep a live feel. The place I record is very important: I need to feel like I am in my kitchen. My favorite spot is in New York, at John Kilgore Sound & Recording. John is an amazing sound engineer. New York has a good energy, and so many of my friends live in town. I love to be there.

I did it by recording CDs, performing, and playing with many musicians all over the world. I’m lucky to be on a label with a world distribution, and social network helps sometime.

The list is too long. Actually, I’m very glad to play with great musicians like Tony Malaby, Tom Rainey, Devin Gray, and James Carney. In Europe I play with Hasse Poulsen, Antonin Rayon, Regis Huby, Sylvain Darrifourcq, Dominique Pifarely, Sylvain Kassap, and many others. I would love to perform in Japan with local musicians—does anyone want to invite me?

My last project is a solo recording, Morning Bear, this is the third CD recorded in New York City with s John Kilgore at his studio. After my last recording there with Tony Malaby, Tom Rainey and Antonin Rayon. After many years of free improvisation, I wanted to learn about myself by composing for solo guitar; exploring languages in the 20th Century European classical tradition. In addition to the freedom of the blues, my primary concept was to include improvisation as an extended form derived from the compositions. I’ll be back in NYC at the beginning of December for another recording with French singer Caroline Faber and drummer Eric Dambrin.