On April 28th, Nashville/Warsaw, Poland-based composer and performer Robert Bond and guitarist Denny Jiosa presented a program of music as part of the Zeitgeist gallery’s 2013 Indeterminacies schedule. It featured a real-time musical collaboration, via Skype, with a vocal group from Ma’anshan No. 2 Middle School from China. As the choir sang a traditional Chinese song interspersed with recited poetry, Bond and Jiosa improvised  chords and beats. 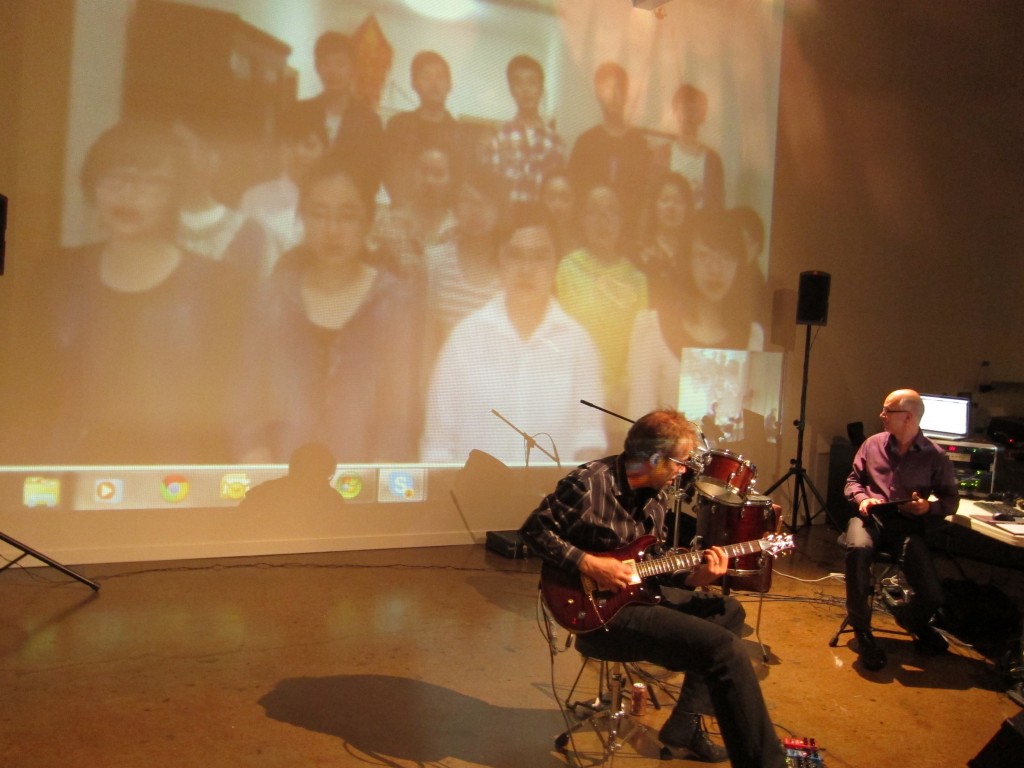 Before the Skype-fest, Bond and Jiosa did a few short improvisations with the guitarist playing and looping through a raft of TC pedals including, PolyTune Mini, Flashback Delay,  Hall of Fame Reverb, and Ditto. For overdrive he used the phenomenal XTS Preamp. A Wampler EGO compressor rounded out the effects.  Jiosa was ampless, routed through Bond’s computer sans any amp modeling but his tone was nevertheless terrific. Bond played some live drums (he is originally a fine jazz drummer) but largely confined himself to triggering beats and hits through Ableton Live, using a Keith McMillen Instruments QuNeo. 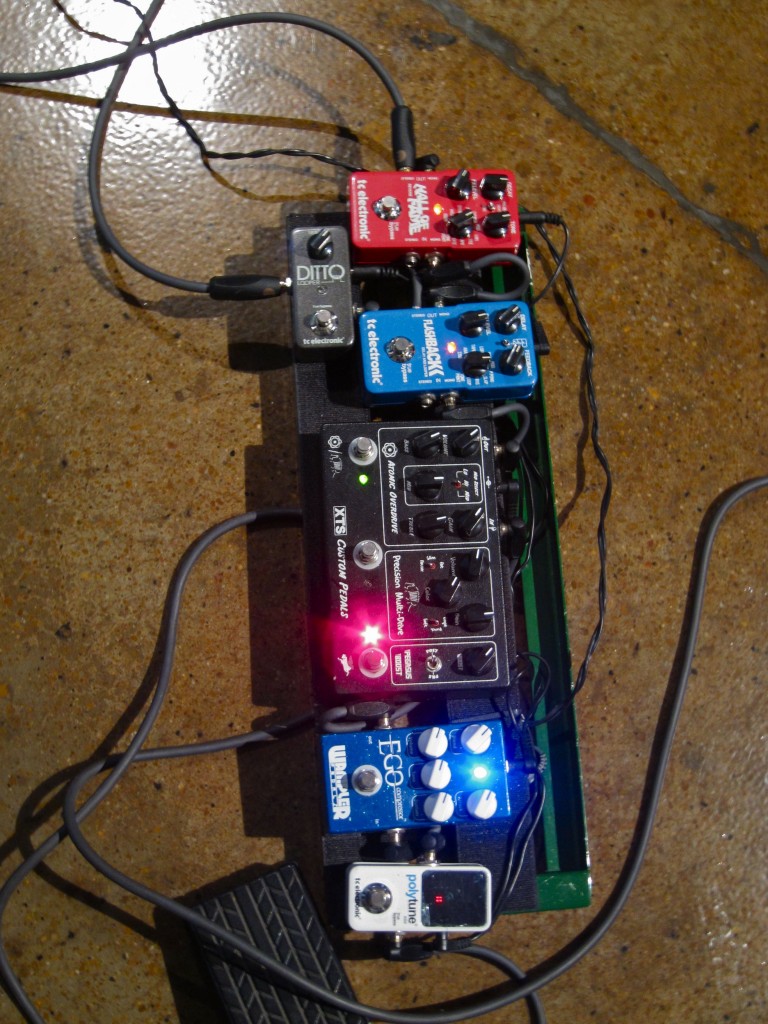 Question and Answer periods preceded and followed the Chinese collaboration, making the evening educational as well as entertaining for the Nashville audience.  The Zeitgeist Gallery is in Nashville’s Houston Station area, a spot fast becoming THE hotbed of Avant art in Music City. 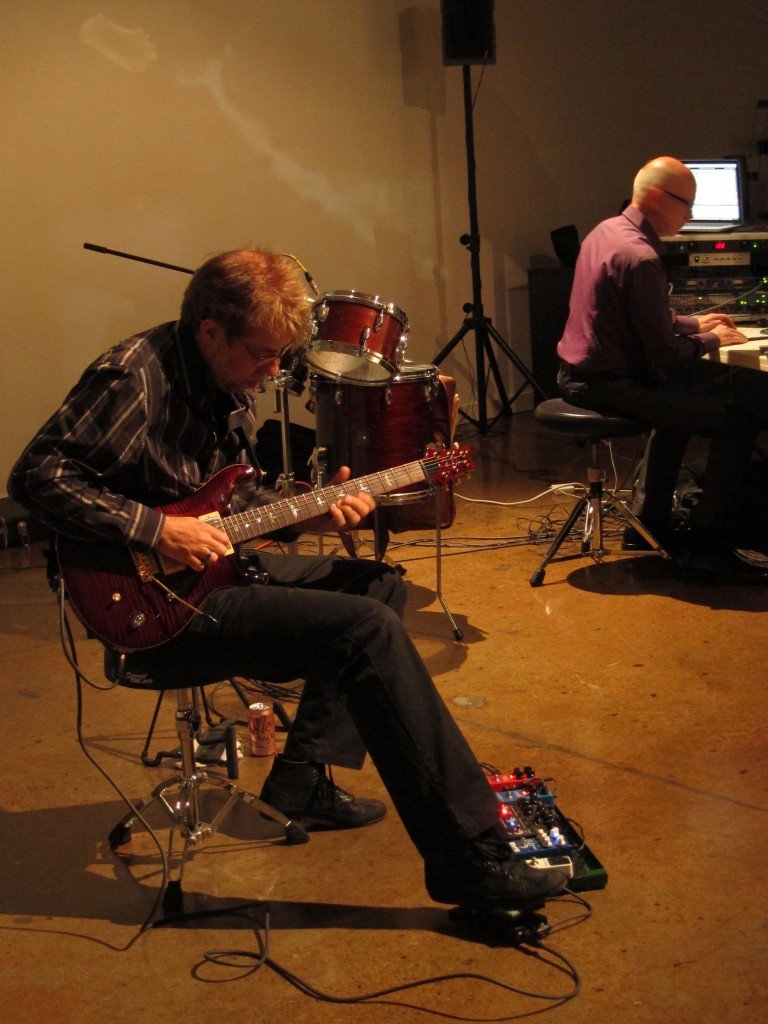