On my first trip back to New York in two years, I lucked out in the modern guitar department. First I was able to meet with Ralph Gibson the fabulous photographer/musician at his studio for a wide-ranging discussion of photography, music, and life. Then, a random Facebook post revealed that Mike Baggetta was playing in Brooklyn with Jerome Harris, Billy Mintz— and Nels Cline on lap steel!

No Nels but this will give you an idea of the music.


Baggetta was going on at 10:30 pm, which, in Nashville, would be considered insanely late, but NYC is an all night town, and when in Rome… . Sweetening the pot was the fact that Brandon Seabrook was playing at 9pm with Trevor Dunn and Gerald Cleaver. 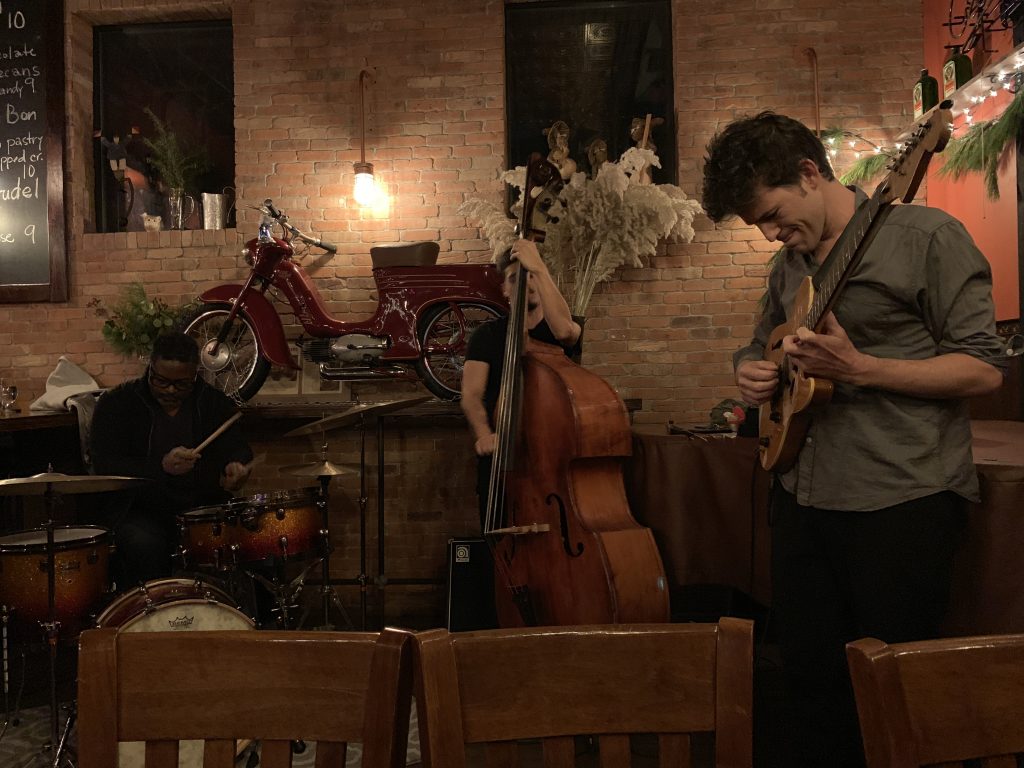 The venue, Korzo, was typical NYC: a tiny room in the back of a bar/restaurant, no stage, no PA, where you get to sit on top of the performers. In other words, heaven. My wife Liz and I got there shortly before nine and plopped ourselves at a table right by the band area. Seabrook & Co. went on fashionably late. Further cramped by a grand piano that hogged the “stage” space, the guitarist placed his ZT Lunchbox amp on top of the piano, making him audible to the room, despite its small size. 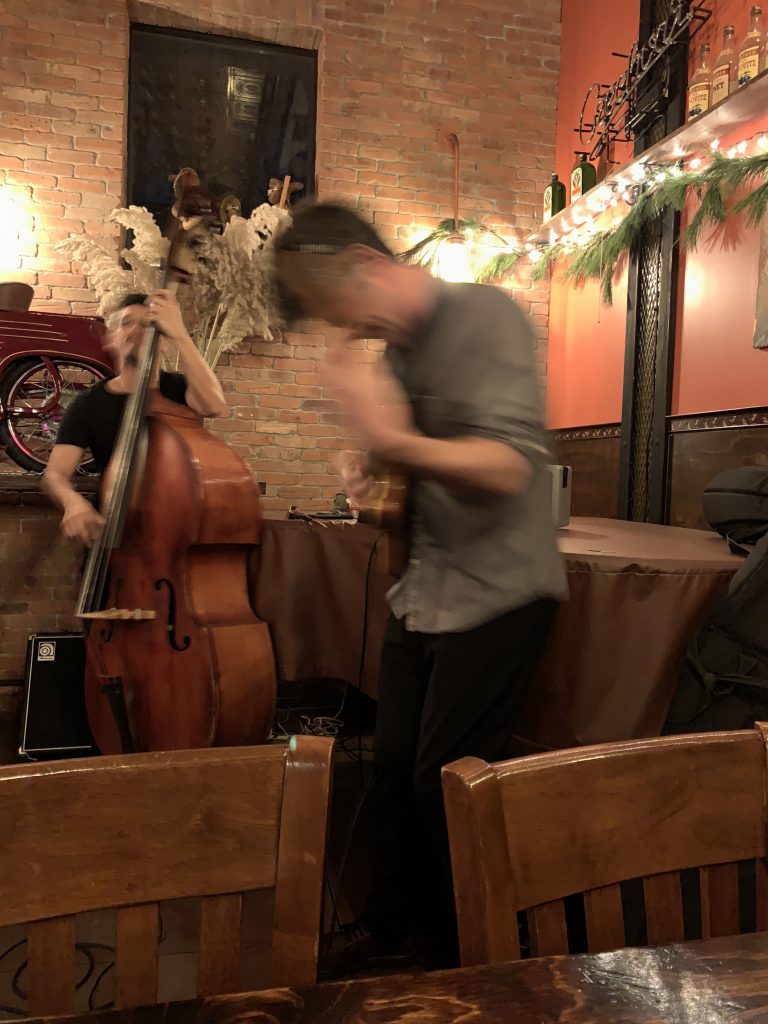 Dunn was a no-show, but his replacement (whose name I have sadly forgotten) was a sturdy replacement. Seabrook hit the ground running and maintained an impossible energy level for their entire set. The rhythm section kept up, with Cleaver adding dynamics to music that, though obviously passionate, tended toward monochromatic. 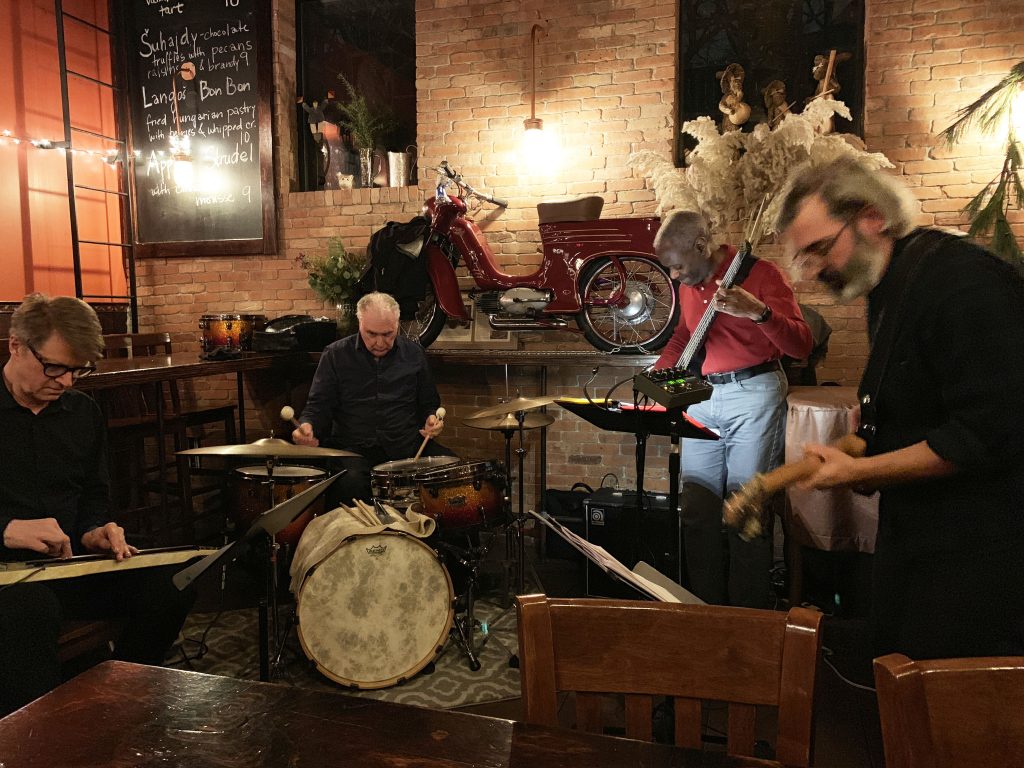 Baggetta’s crew set up in the confined space, with the guitarist playing through a large Yamaha solid-state house amp that was under the piano, and Cline playing through another Lunchbox. ZT has apparently created the perfect amp for NYC gigging: small enough to carry on the subway, but powerful, and sounding much bigger than its diminutive size would intimate.

Cline’s tone was fat and warm. It melded beautifully with Baggetta’s, spikier tone. I knew that Nels played lap steel with Wilco, but had incorrectly assumed that it was largely as a sound generator. Here he revealed a thorough knowledge of the instrument, as he read charts and played lyrical solos.

The trio of string players created fantastic soundscapes that often begged the question as to whom was playing what? Baggetta manipulated an Eventide TimeFactor set up on a stand, to conjure loops and ethereal clouds. Mintz held things together and kept the volume at a perfect level for the room. 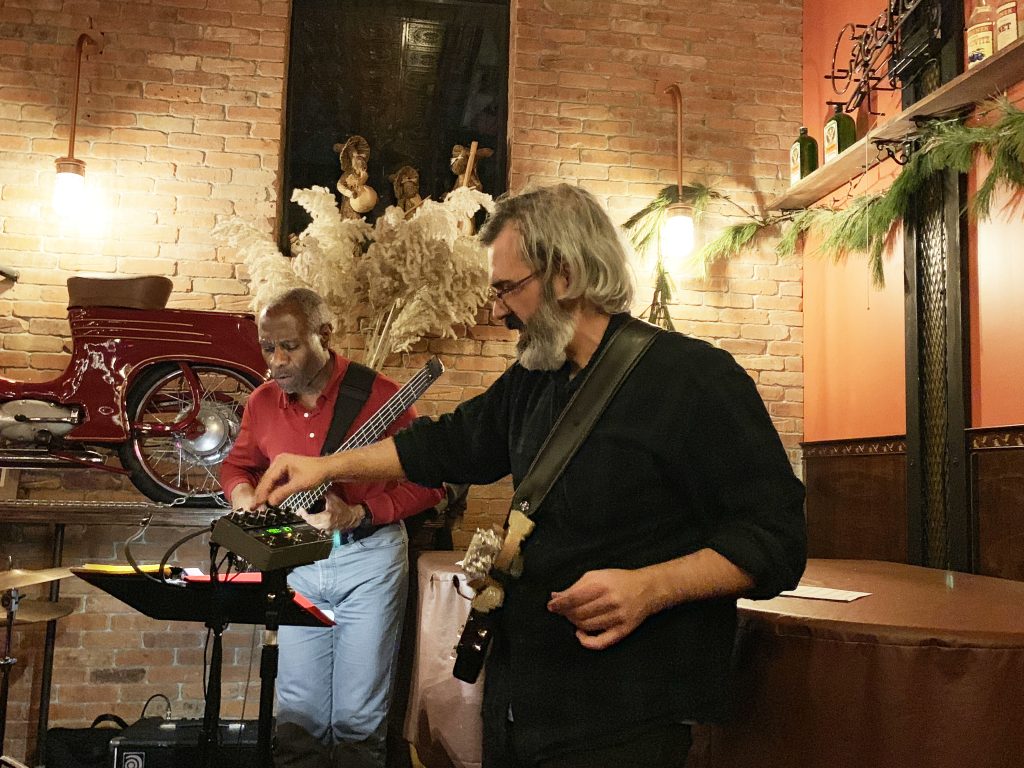 The evening was apparently typical of the kind of shows being put on by a production group called Konception, who soon to be moving it to another venue. It was also typical of the amount and level of modern guitar music being purveyed on a constant basis in Manhattan and its boroughs. 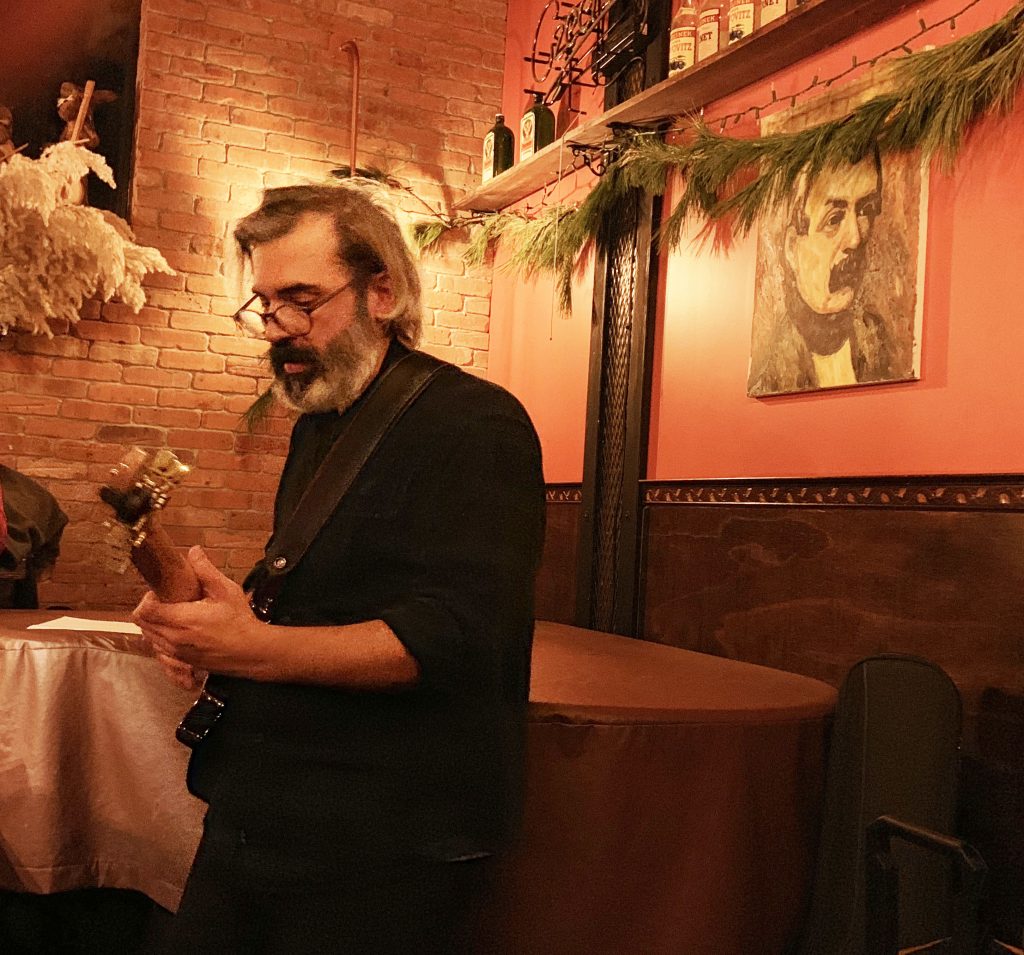 Thanks to Chris Davis’ FMRL productions, Nashville is not devoid of such shows (Baggetta played here over the summer), but it was good to be reminded that NYC is still an epicenter of experimental guitar.