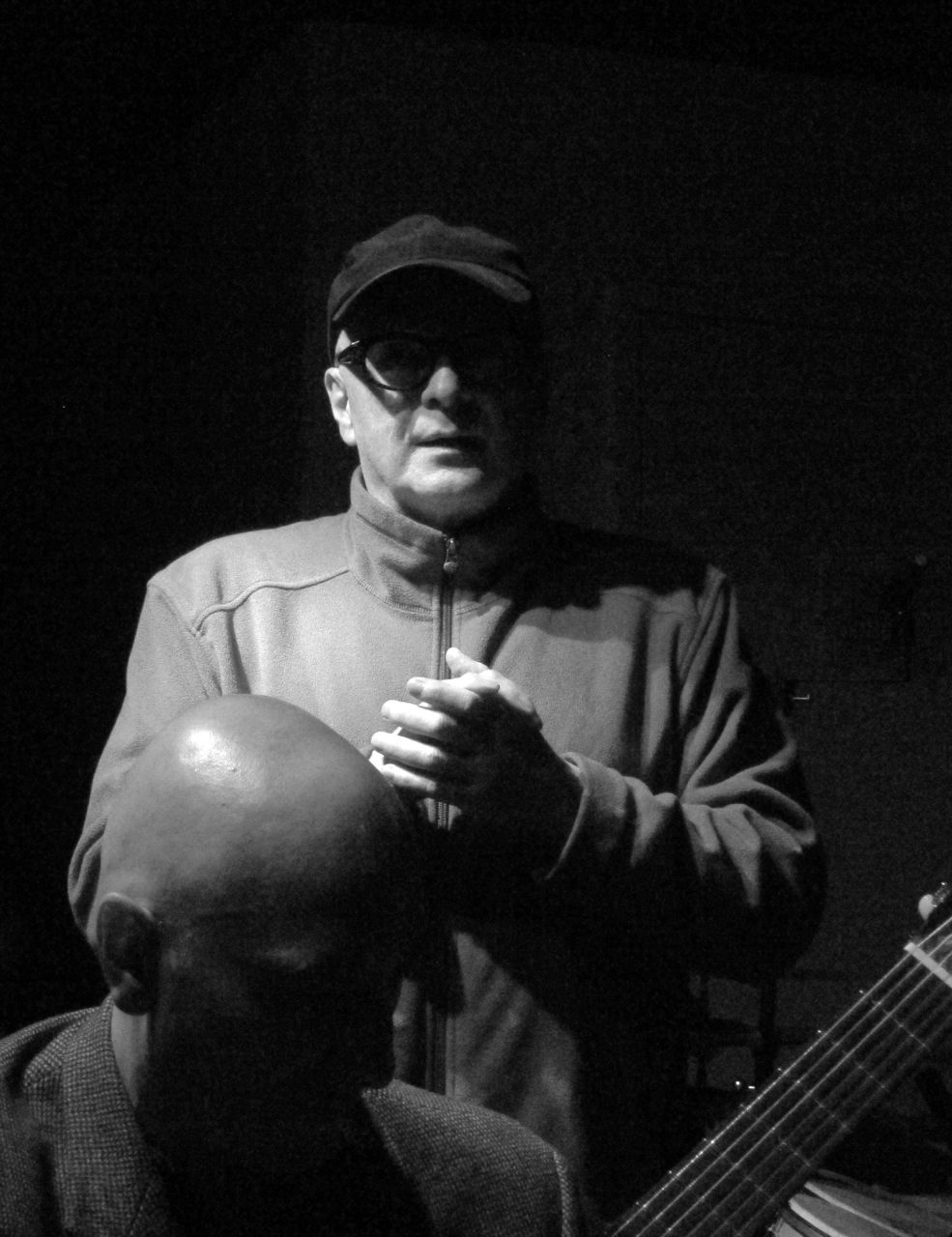 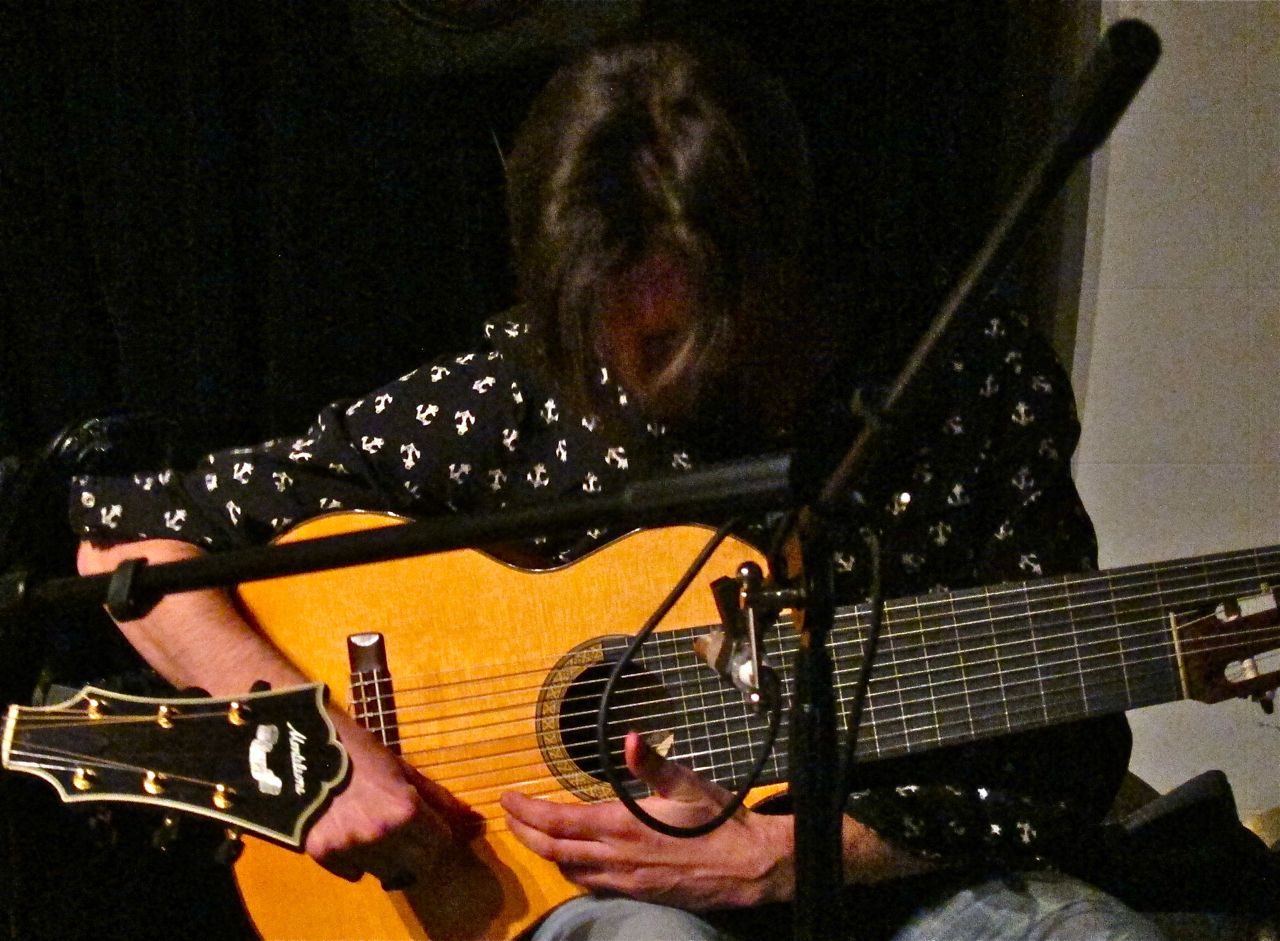 Chris Cochrane was unique in eschewing any reference to Bailey’s language of skittering atonal chords and harmonics in favor of volume swelled single notes punctuated by bursts of distortion. 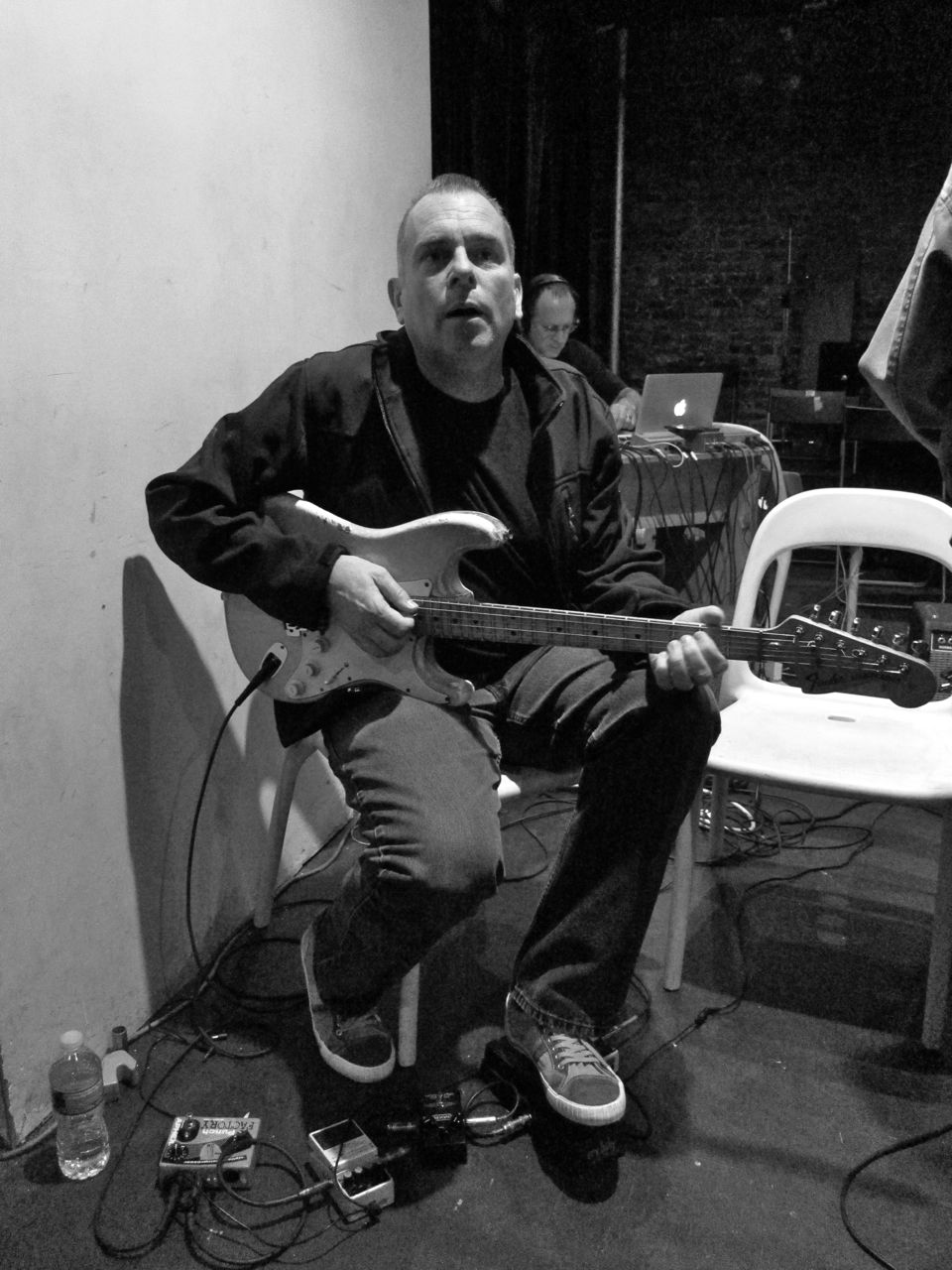 Despite the sour look on his face, Henry Kaiser is not flipping the bird to the audience but rather using his wet finger to pull evocative squeaks out of his Monteleone archtop. 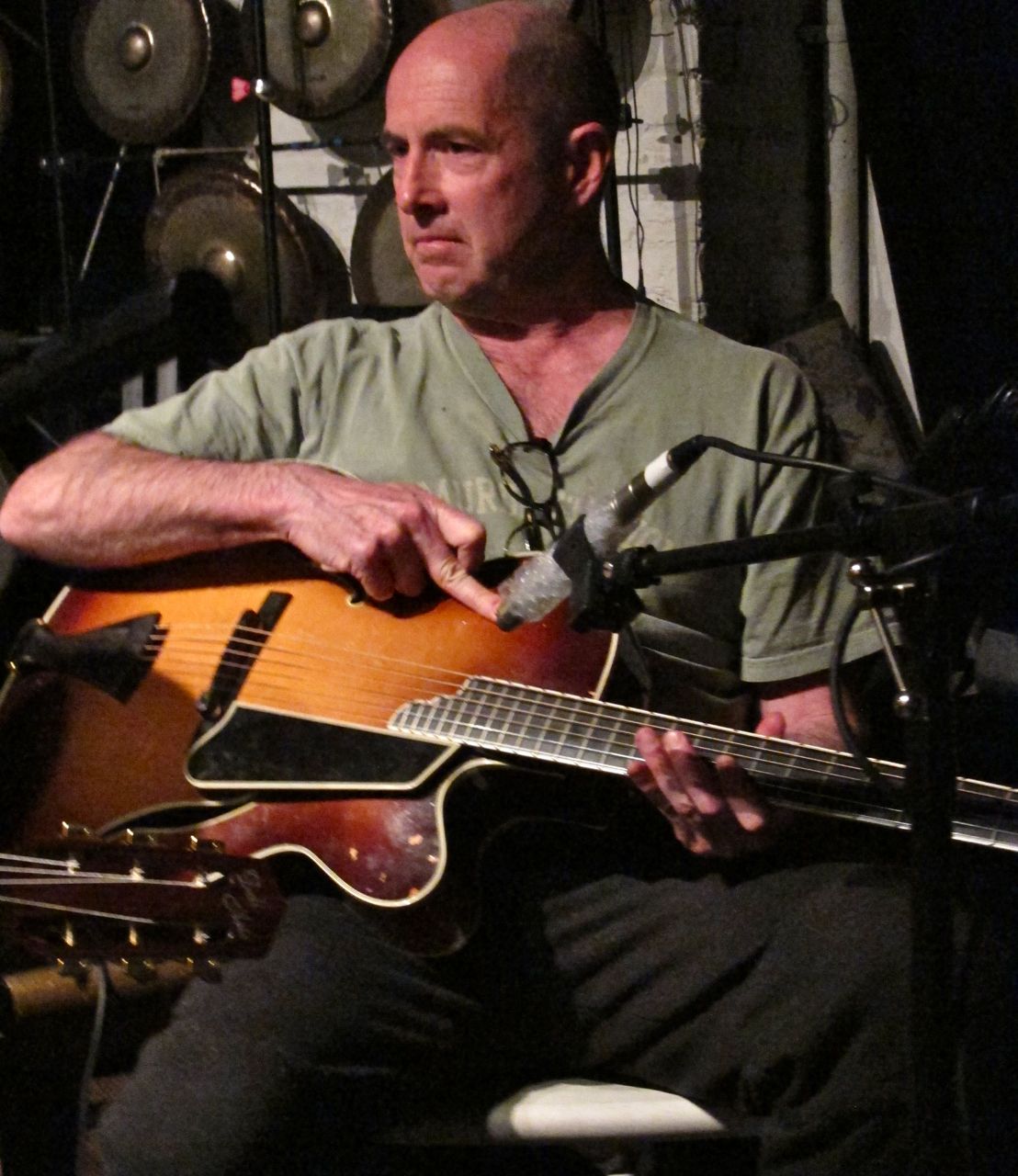 Davey Williams added a note of Bailey-esque humor when he yelled to the audience in the midst of his duo with the master’s recording, “I don’t know if it is over or just a pause.” 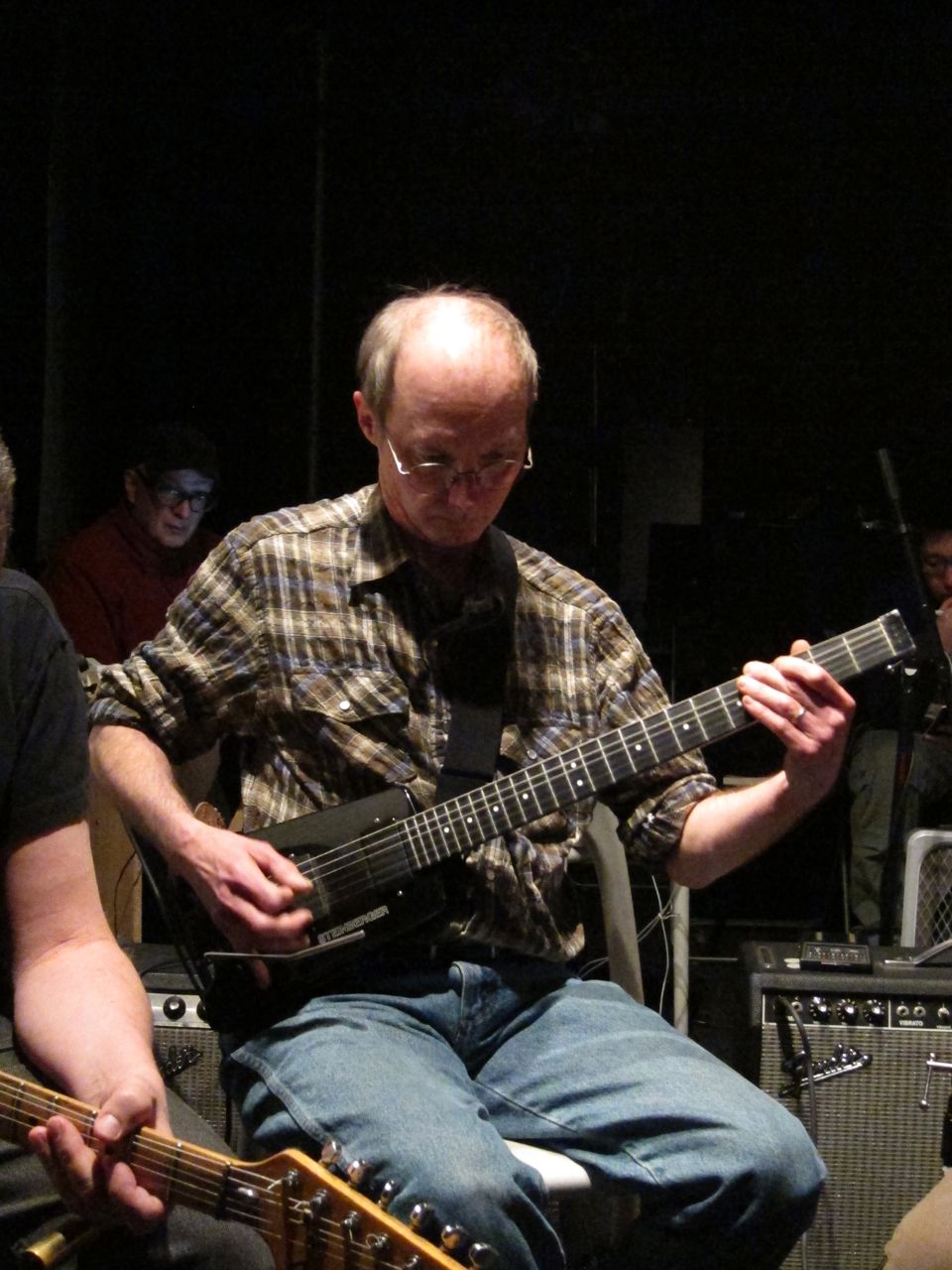 Ebows were in evidence, used by both Elliot Sharp and Marco Capelli, though in quite different manners. Sharp combined it with slide, while Capelli used his tuning wrench on an eBowed sympathetic string. 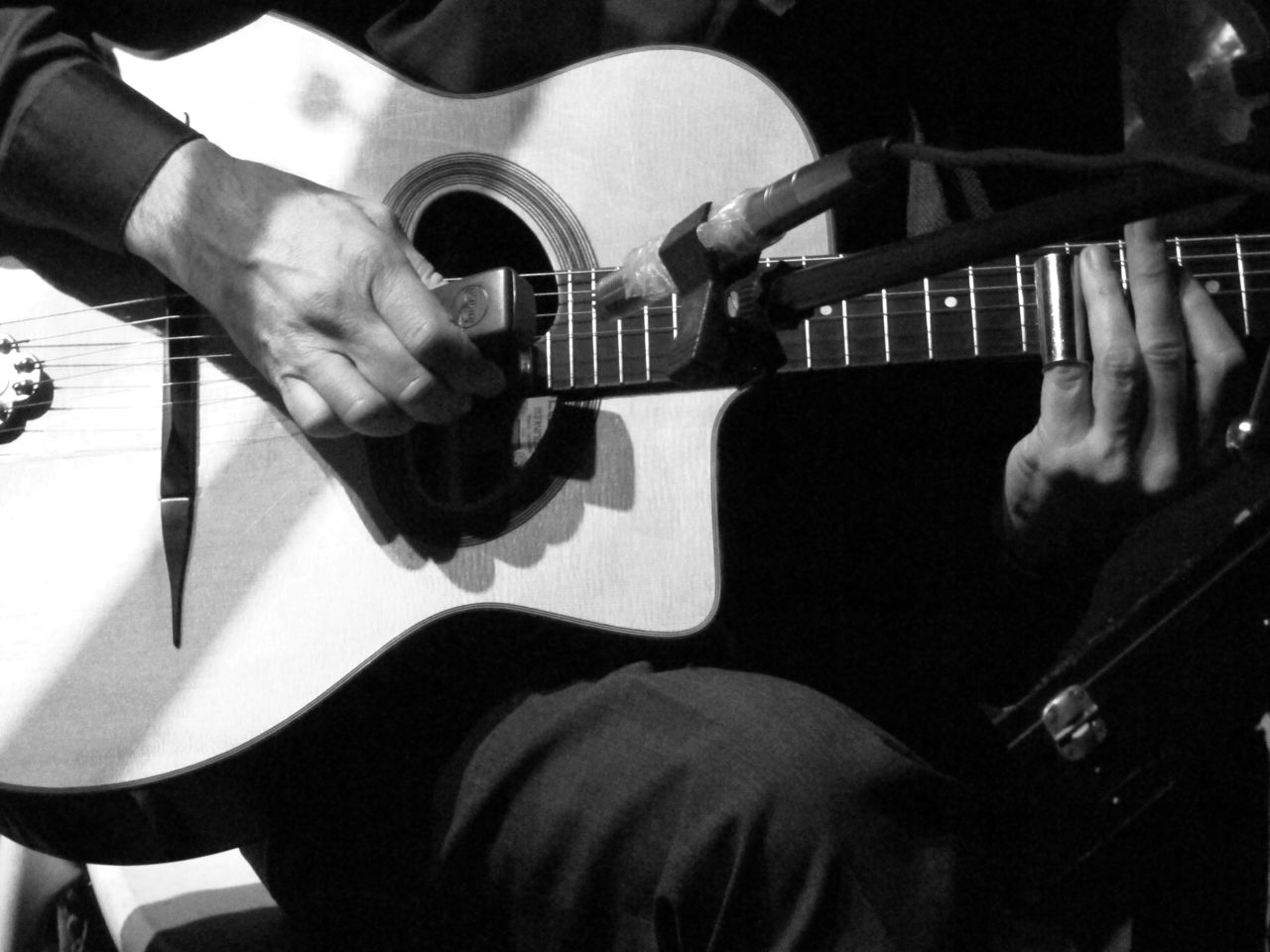 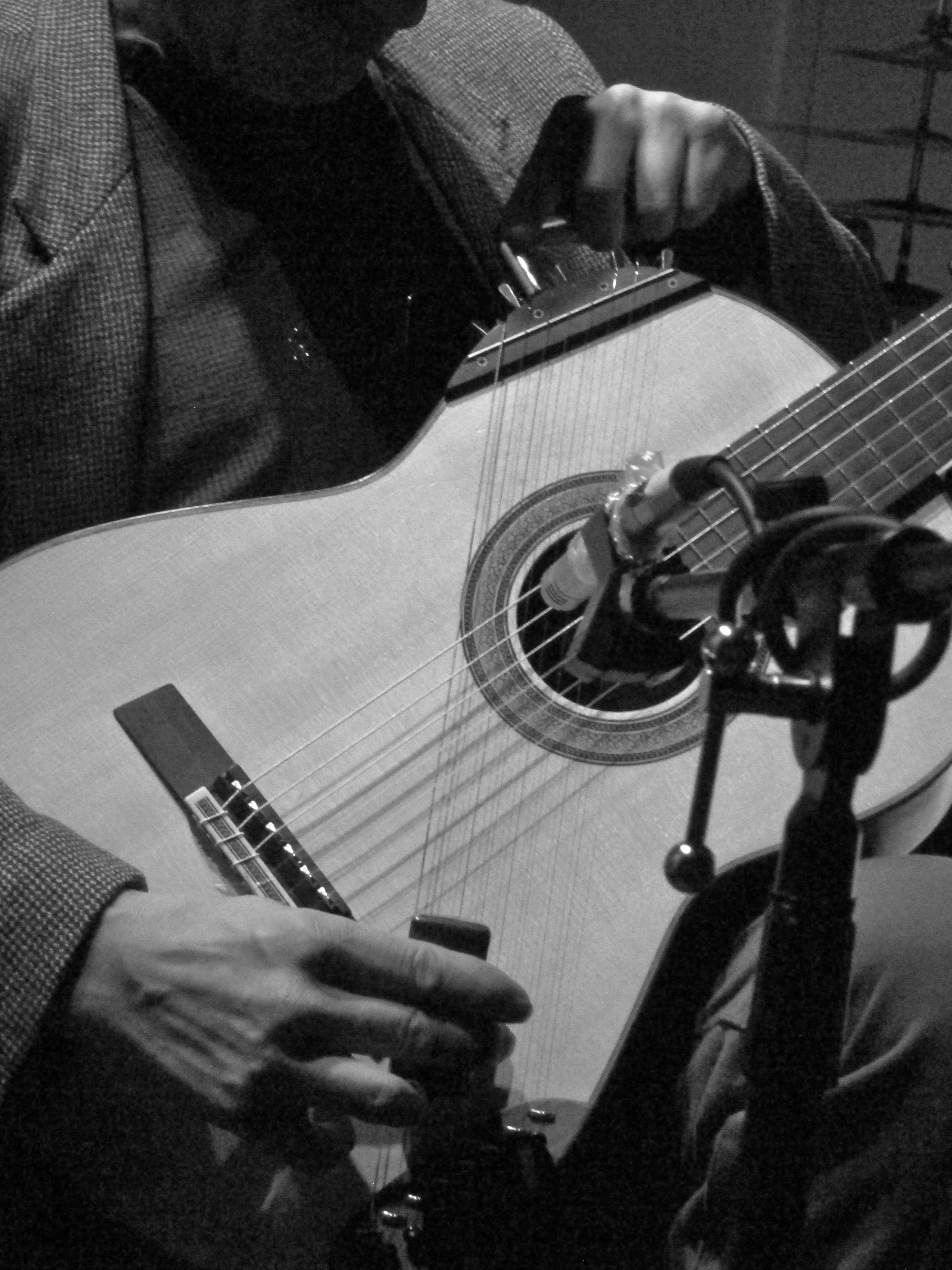 The evening’s music displayed plenty of examples of the guitar vocabulary developed by Derek Bailey. It was a fitting tribute to a legendary pioneer of avant-garde guitar by a sextet of players who are honoring his memory by keeping the flame of experimentation burning brightly.

2 thoughts on “Derek Bailey Tribute at The Stone”