This was my first time attending the Big Ears Festival in Knoxville, Tennessee, but it won’t be the last. I was initially drawn to the possibility of seeing Stian Westerhus live, but unfortunately, though originally announced, he was unable to participate. I decided to go anyway, excited to see Nels Cline with Jenny Scheinman’s Mischief and Mayhem, Marc Ribot’s Ceramic Dog, and the Bang on a Can All-Stars. My wife Liz and I had been talking about visiting Knoxville for a long time, so the stars seemed to align.

Starting the 200-mile drive west from Nashville, we hit a slowdown about an hour outside Music City. After more traffic near Knoxville, we finally got to our hotel by what we thought was four o’clock but was actually five, due to the time change. This left us with just enough time before the seven thirty shows to unpack, pick up our wristbands and eat. 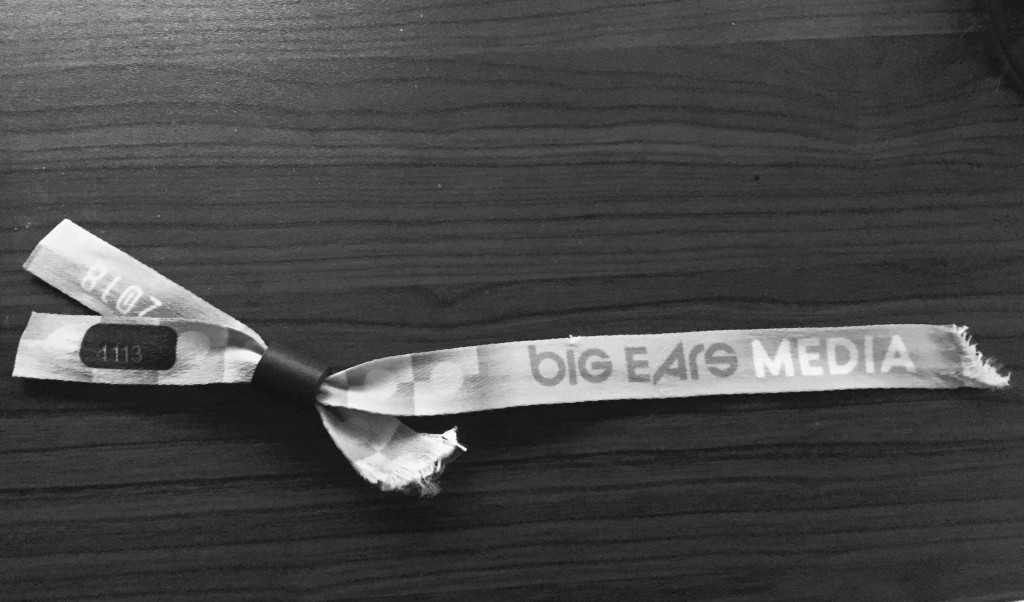 The wristband pickup went smoothly, though it provided my only quibble with the festival. You either have to put the cloth wristband on loosely enough to take off, risking losing it because it falls off (you are not allowed to replace it), or tightly enough that there is no danger of falling off but requiring you to sleep, shower, and eat with it on. By Sunday mine was getting a little funky. Stretchy silicone bands, like those used for causes, would be nice. After picking up the wristband we headed over to Sweet P’s Barbecue and Downtown Dive right next door for some really good BBQ

As with most festivals an abundance of musical riches meant choosing among equally appealing shows. Susan Alcorn was playing next door to the BBQ place at The Standard, but Meshell Ndegeocello was simultaneously scheduled at the Tennessee Theater. Much as I love Susan’s music, I have seen her multiple times and had never seen Meshell Ndegeocello, and so opted for the latter’s show. I had also never seen the Tennessee Theater. Its classic beauty has been immaculately restored and is an experience in itself. 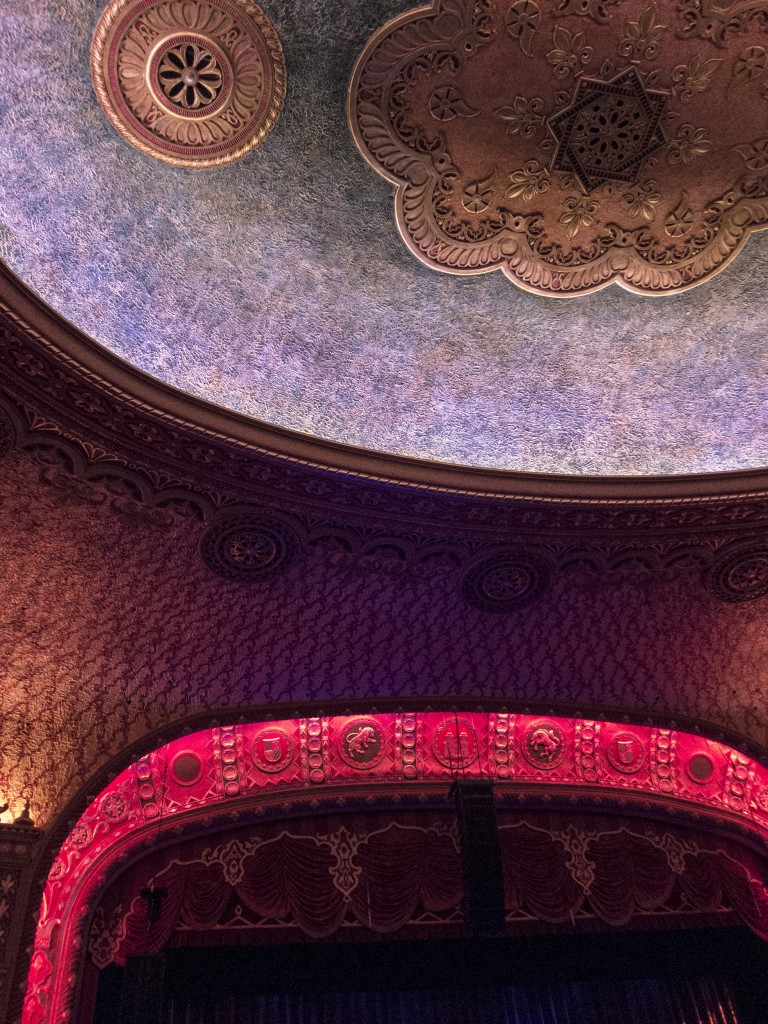 At first disappointed that Ndegeocello hadn’t brought a band, I was soon won over by her evocative singing and her producer/guitarist Chris Bruce’s reimagining of the tunes for guitar and bass duo. They performed the bassist’s own music, as well as creative reworkings of Nick Drake, Nina Simone, and Leonard Cohen songs. Ndegeocello’s charisma filled the theater and it was a great way to start the festival. 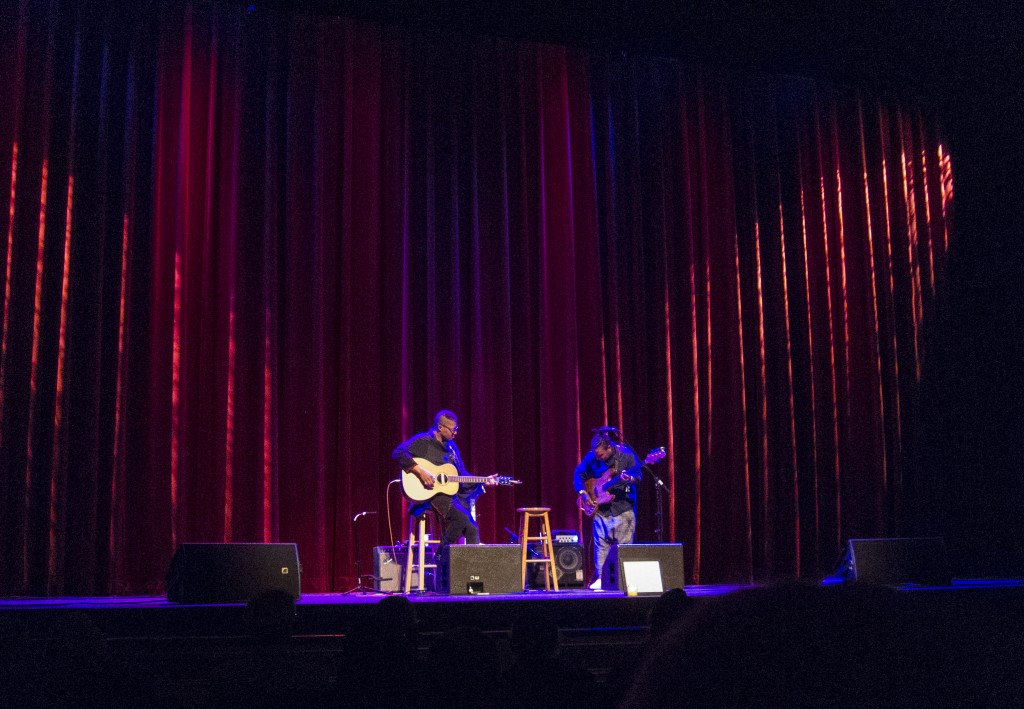 We then ran a couple of blocks over to the Bijou (another beautiful theater) to catch a little bit of Susanna. I had seen her online with her husband, Helge Sten playing interesting modern guitar, but solo we found her a bit bland and so quickly made our way back to the Tennessee Theater for the Marc Ribot/David Hidalgo show. 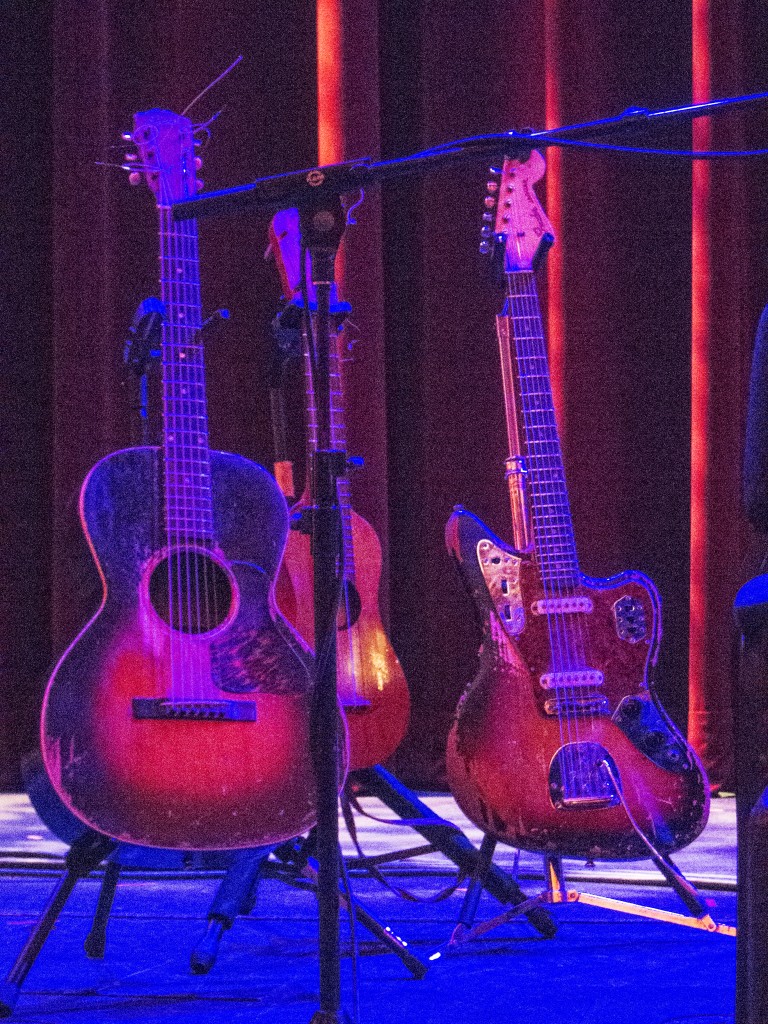 The duo began with Ribot singing a rendition of “Bury Me Not on the Lone Prairie.” His vocals can be charitably described as earnest, and his phrasing is spot on. The fact is, however, he doesn’t have much of a voice. The tune became more interesting when he took his solo “out.” This is why Big Ears fans come to the festival, but unfortunately it was the last outside playing we witnessed. He turned in great acoustic Grady Martin-esque fills on a Spanish song sung by Hidalgo, and pulled out his Jaguar for some tasteful accompaniment on Los Lobos’ “A Matter of Time.” But his singing and sideman chops were not what a good number of the audience wanted to see, as evidenced by our exodus halfway through the show. 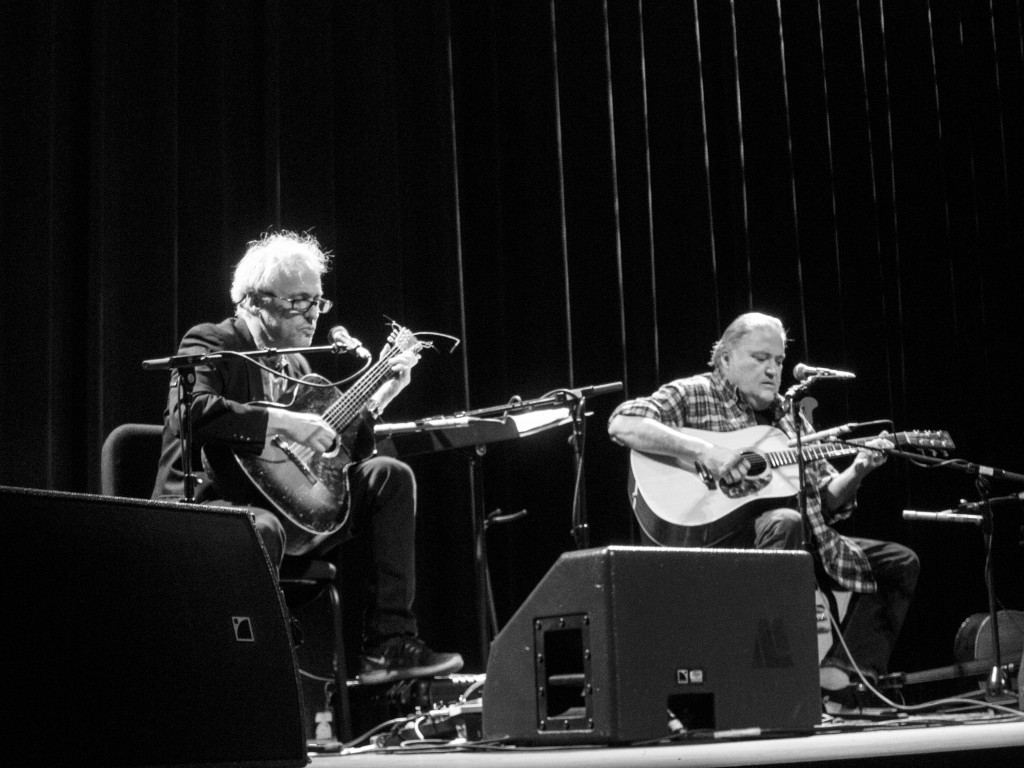 Liz and I wended our way over to the Standard for Duet For Theremin And Lap Steel. Thanks to Chris Davis’ superhuman efforts to expand the definition of Music City by promoting Avant garde music shows, I had seen Scott Burland (Theremin) and Frank Schultz (lap steel) couple of years ago at a tiny coffee shop in Nashville. 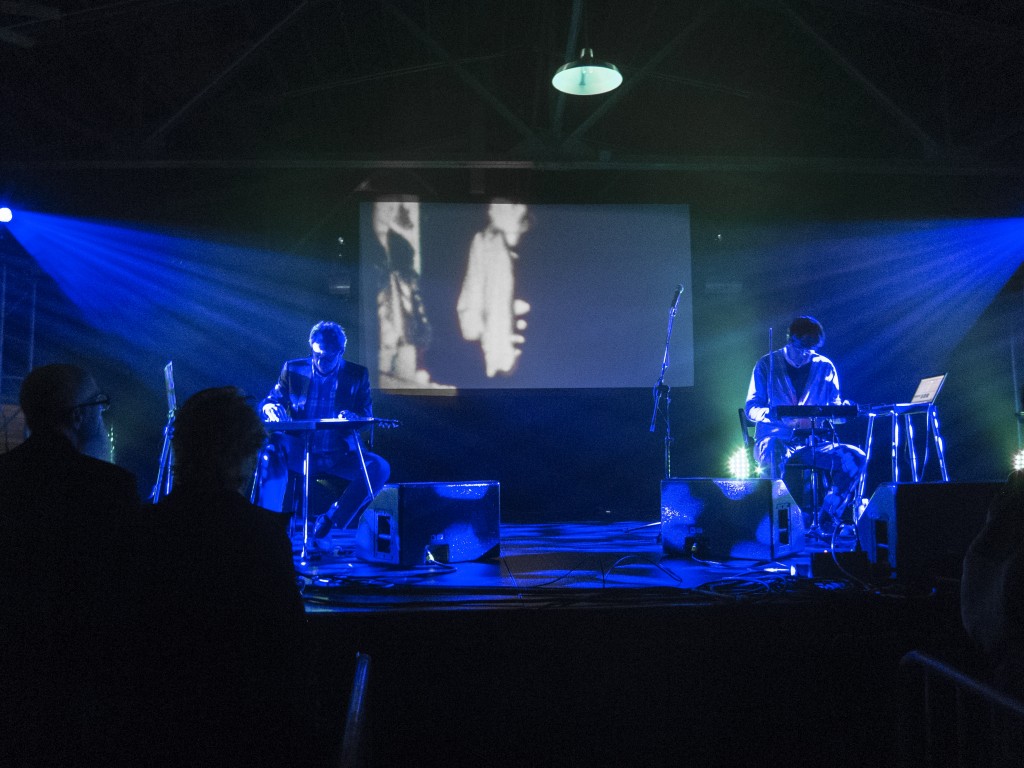 Through the Standards epic sound system, their ambient waves washed over us. Lap steel and Theremin could be a recipe for pitch issues, but their intonation was for the most part spot on, any slight dissonances, intentional or not, keeping the ambience from becoming too anodyne. After a long day it was a great way to end the evening. Look for an interview with Frank soon.

The day started for us at noon with Bang on a Can All Stars’ “Field Recordings” at the Bijou. The ensemble of acoustic bass, drums, electric guitar cello, violin, and reeds performed to both audio and video recordings. 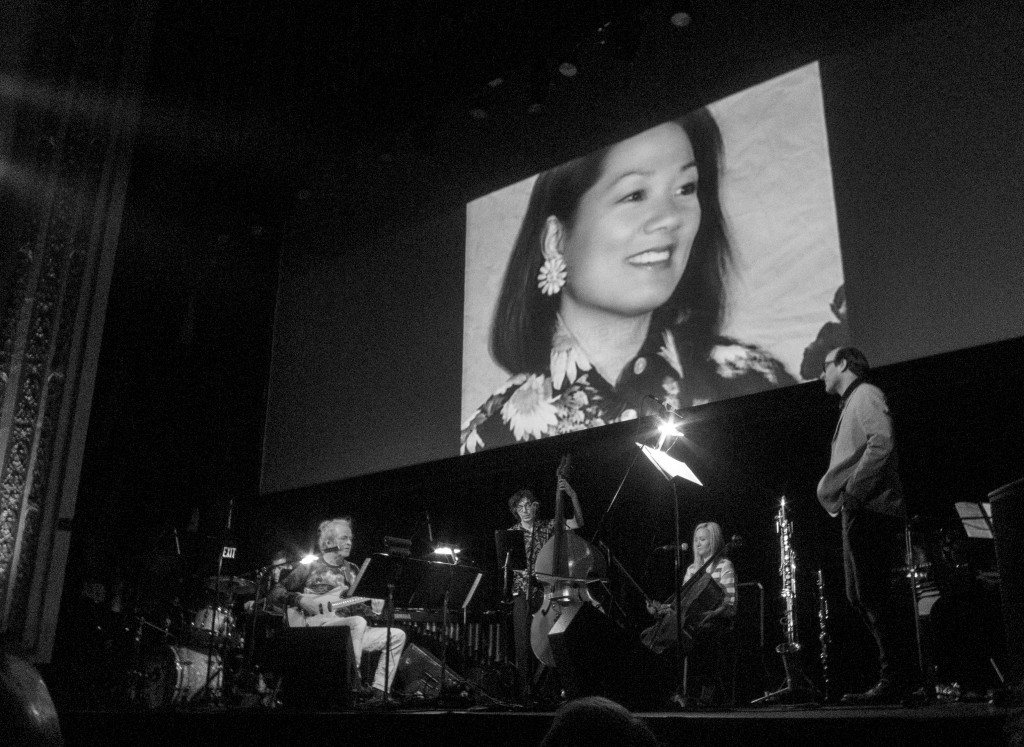 They began with a Julia Wolfe’s composition that included a soundtrack of a Canadian singer foot stomper, whose music at first sounded African. Florent Ghys’ piece followed, with accents that matched a recording of John Cage speaking. Christian Marclay’s video would have been fascinating enough without music, a dream with its own logic, but the music fit perfectly. “Real Beauty Turns,” by Nick Zammuto of The Books, included a video made up of clips from beauty ads over the years, combined with often amusing music. Other composers included Todd Reynolds and David Lang.

One could only marvel at the precision, joy and passion with which the ensemble executed the music. My one problem with the performance is the one I have with most modern attempts to combine electric guitar with acoustic instruments in a classical setting. Mark Stewart is a terrific player and creative force, but playing a Stratocaster-style guitar cleanly though a Vox AC30, with the volume barely turned on, is a recipe for a thin, anemic sound. I understand the necessity to match the level of the other instruments rather than overpower them. Still, those other players have worked hard for years to develop an expressive tone, as have most great electric guitarists. For the latter though, good tone requires driving an amp at least to the point where there is a kind of compression and “give”—not possible through a 30-watt amp on 2. This is a subject worthy of its own post so I will stop there. 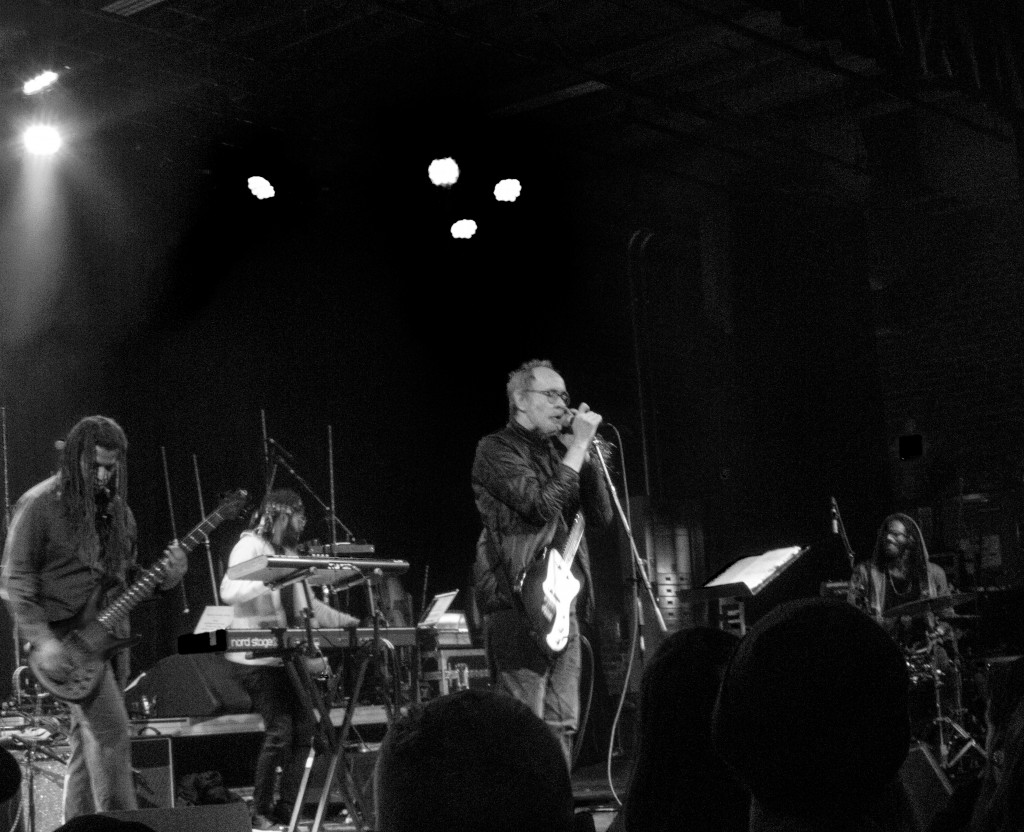 Next was Arto Lindsay at the Mill & Mine. I have learned to love the kind of “skronk” guitar that Arto Lindsay pioneered, and his band was composed of highly skilled musicians—two drummers, keyboards and bass—but the net effect was an MOR backing track punctuated by dissonant guitar stabs. Lindsay did have the best quote of the festival, when during soundcheck he told the sound engineer “the guitar needs to crush the band at times.” 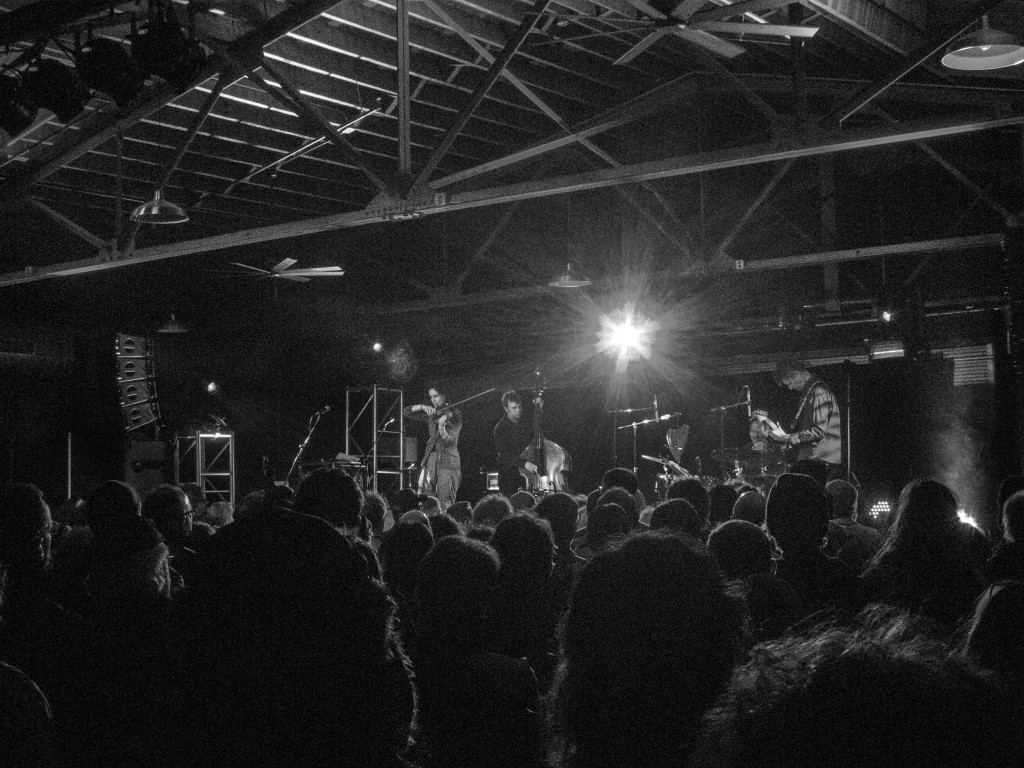 Still, I was happy to leave after a few tunes in order to have time to eat before Jenny Scheinman’s Mischief & Mayhem show at the Standard. We opted to grab a quick bite at The Curious Dog and were treated to, bar none, the best hot dog I have ever had.

I used to play with Jenny in The Hot Club of San Francisco and, we hung out a few times after we both moved to New York. I also knew drummer Scott Amendola from SF, so I sneaked in during sound check to say hello. 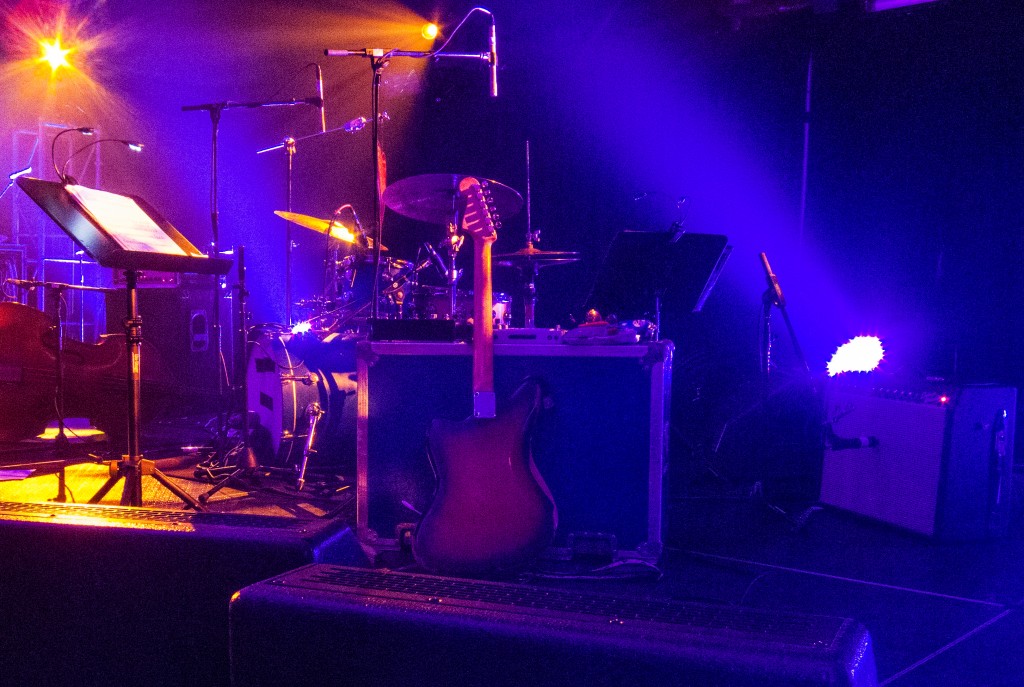 I had seen Mischief & Mayhem many years earlier at John Zorn’s Tonic in New York, with a different rhythm section. Here Amandola and Todd Sickafoose provided solid and often inspired backing to Jenny and Nels Cline. Nels was at his most Nels, with blazing solos and masterful effects manipulation throughout Jenny’s compositions, which combined roots, fusion, Avant-garde, and even a surf instrumental for her father. The sound was terrific, but the lighting was annoying, largely leaving the band in darkness while throwing blinding white spotlights into the audience. Whoever decided that style of lighting was a good idea should be throttled. 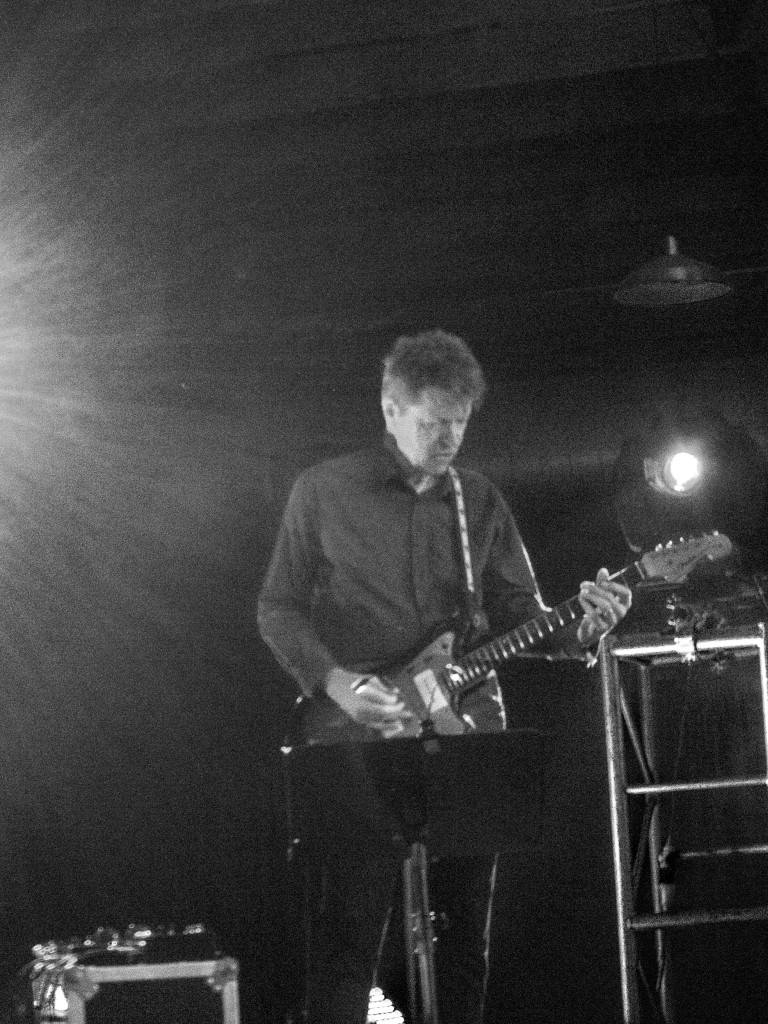 Once more, I was torn between two acts: Jaga Jazzist at the M&M and Medeski, Martin, and Wood at the Tennessee Theater. Having seen MM&W numerous times, I opted for the Norwegian band that was new to me. As with so many Scandinavian ensembles, Jaga Jazzist’s music is hard to define, a mixture of jazz, post rock, and whatever. The band’s two guitarists were doubling on other instruments and seemed to be hanging out on vibes and synth more than guitar, and so, though they were entertaining with a great light show, we opted to turn in after a few tunes. 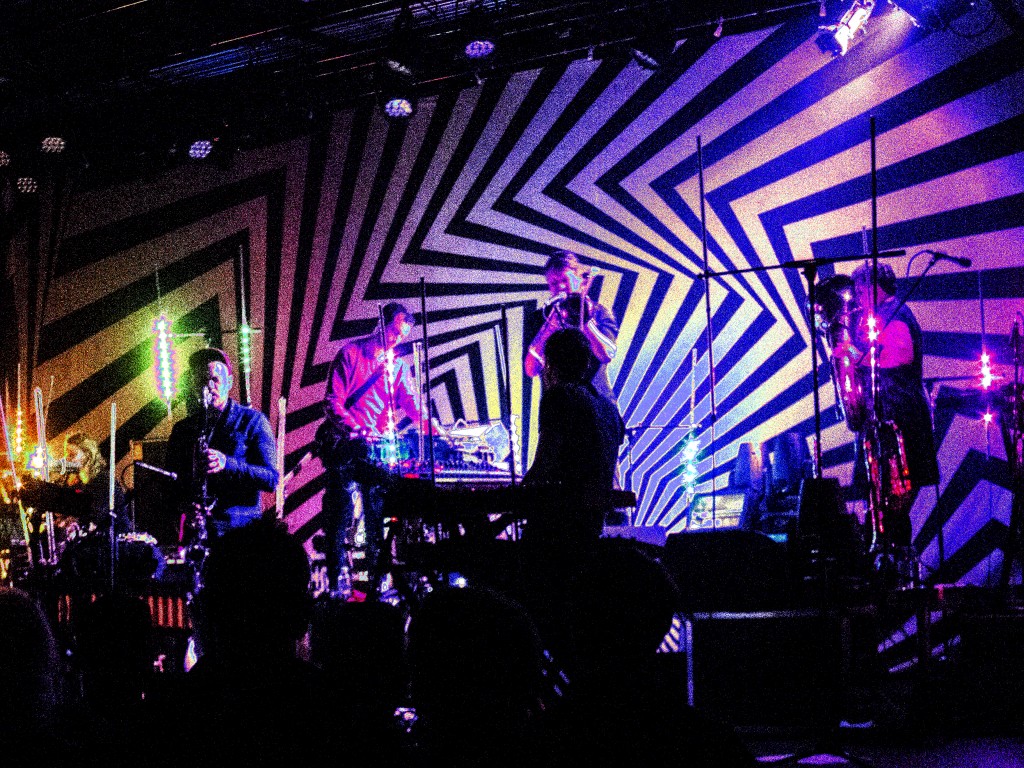 We slept in, until it was time to meet friends for lunch at the brand new Myrtle’s Chicken and Beer in Market Square. We then all headed over to the Bijou for Cyro Baptista and Banquet Of The Spirits. Baptista is a brilliant Brazilian percussionist who joyously bangs, shakes, and blows through various instruments. 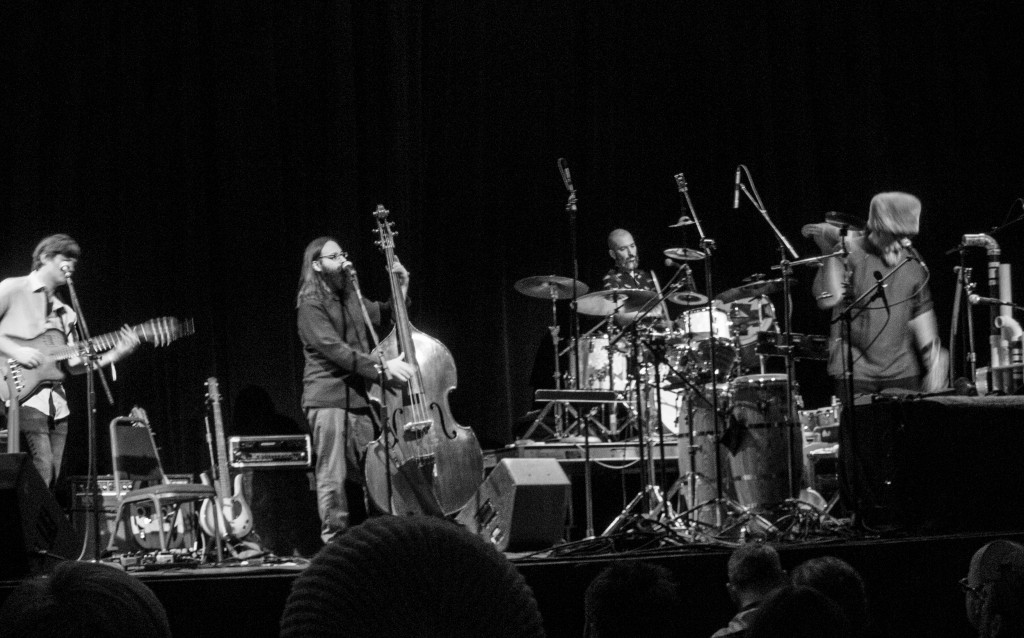 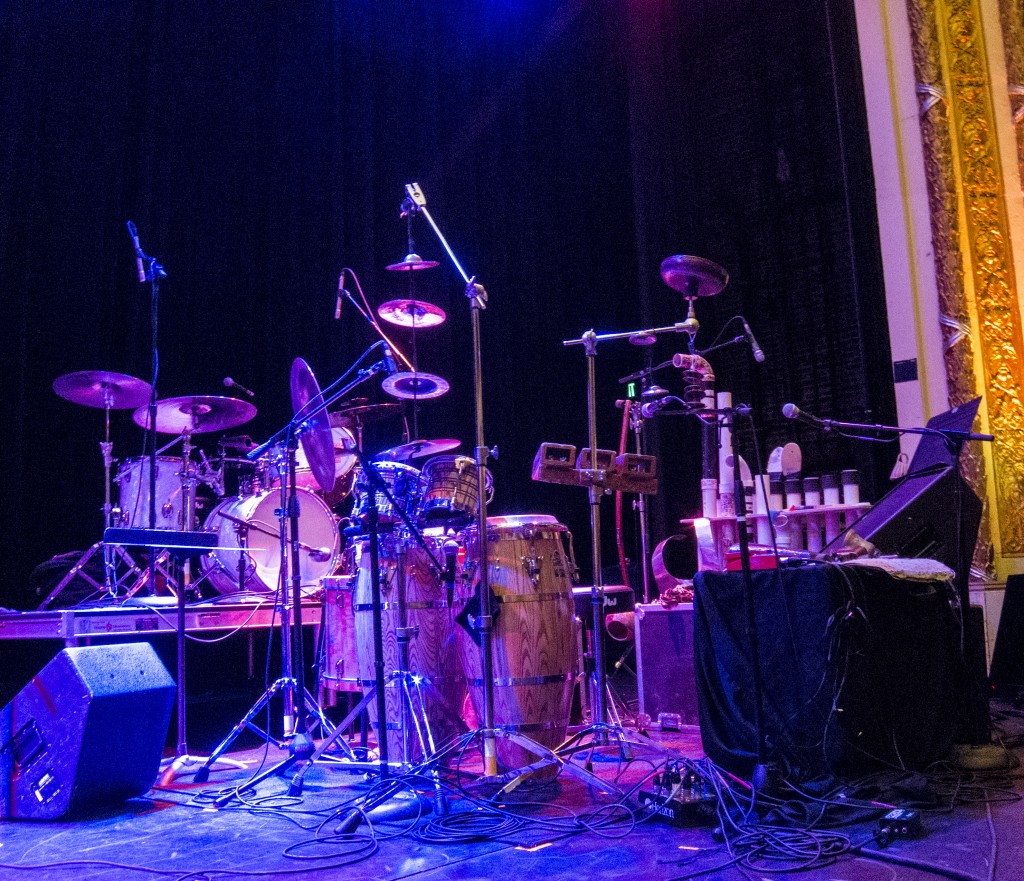 His band of John Lee on guitar, keyboardist Brian Marsella, Shanir Blumenkranz on bass and drummer Gil Oliveira was stellar. Lee played non-idiomatic slide, as well as displaying a personal, edgy style on both acoustic and electric instruments. 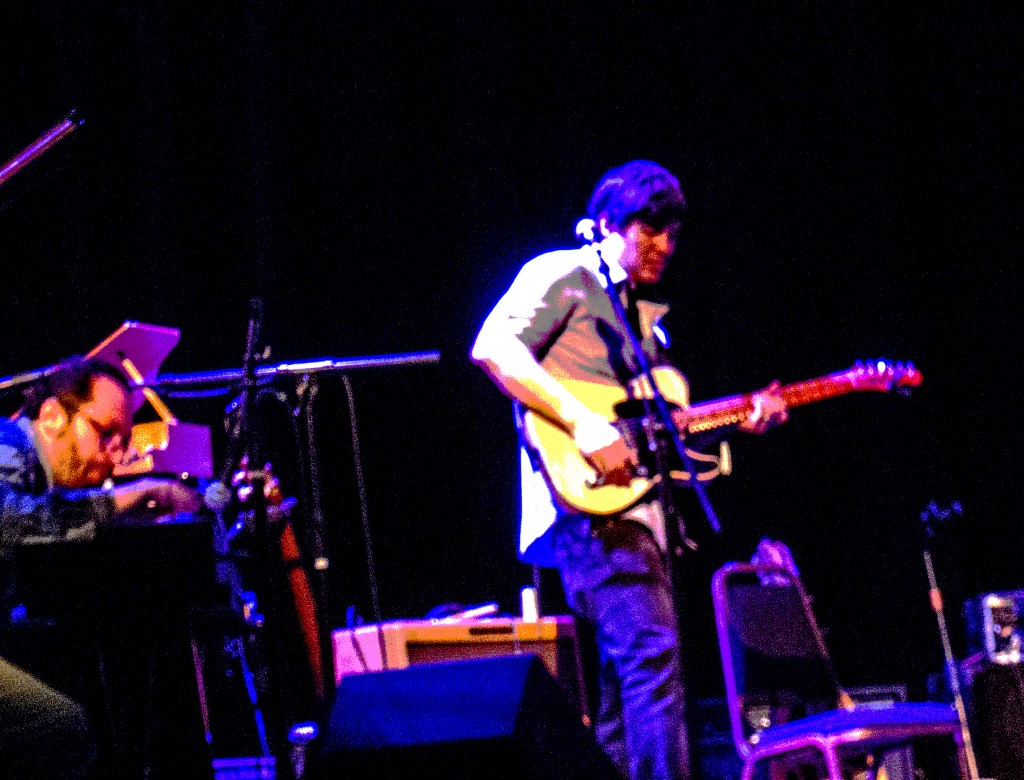 A long walk took us down to the M&M for Bang on a Can’s Anthracite Fields. Performed with choir and video the execution was impeccable, with Mark Stewart showing off his vocal chops. But, Pulitzer Prize or no, the composition left us cold and, with two hours before our next show, we opted for a nap at the hotel. 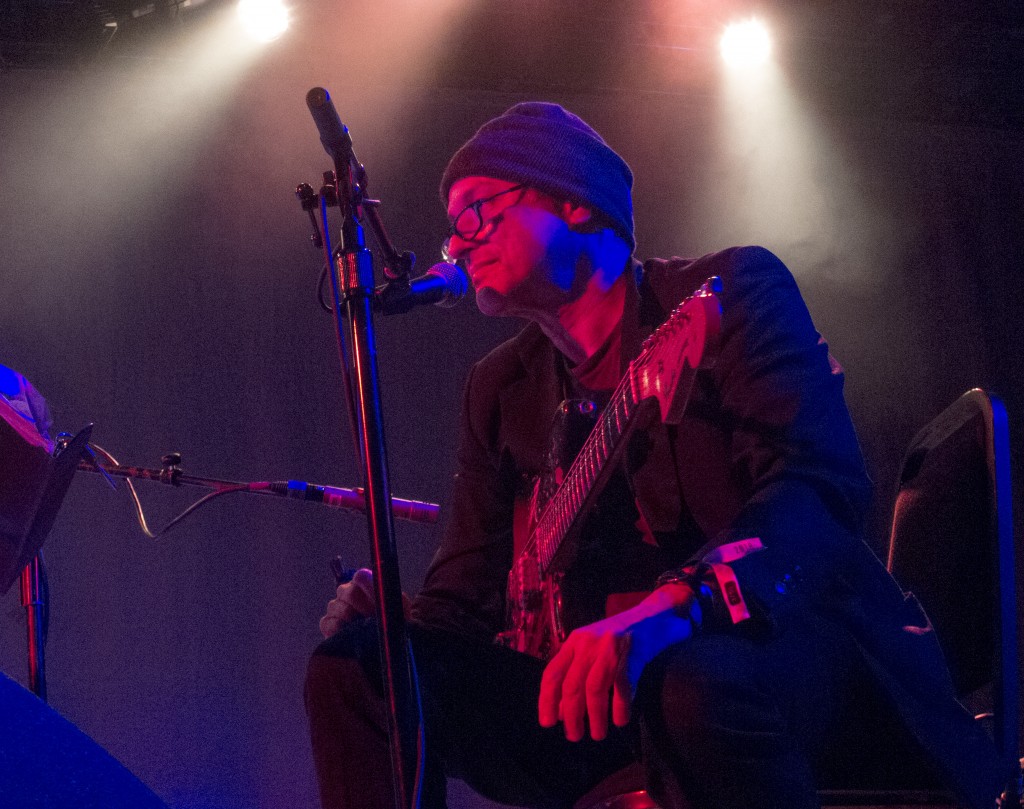 Refreshed, we returned to the Mill & Mine for Marc Ribot’s Ceramic Dog. In this aggressive context, Ribot’s rough vocals sounded quite appropriate. This was the guitarist Big Ears fans had come to see, beating on his Fender Jaguar as if it had offended him. Bassist Shahzad Ismaily and drummer Ches Smith equaled his manic energy to produce a show that was the perfect ending to the guitar portion of our schedule.

Friends recommended Diamanda Galás at the Tennessee Theater, so after a delicious dinner at Babalu Tacos & Tapas, we joined them. I enjoyed her idiosyncratic and aggressive piano style, but was disappointed that the vocal histrionics I had heard so much about were restricted to one section of one song. Our friends, who had seen her many times, confirmed it was an atypically subdued show. Nevertheless, I was entertained by the Vampira look, the dramatic lighting and her obvious charisma. 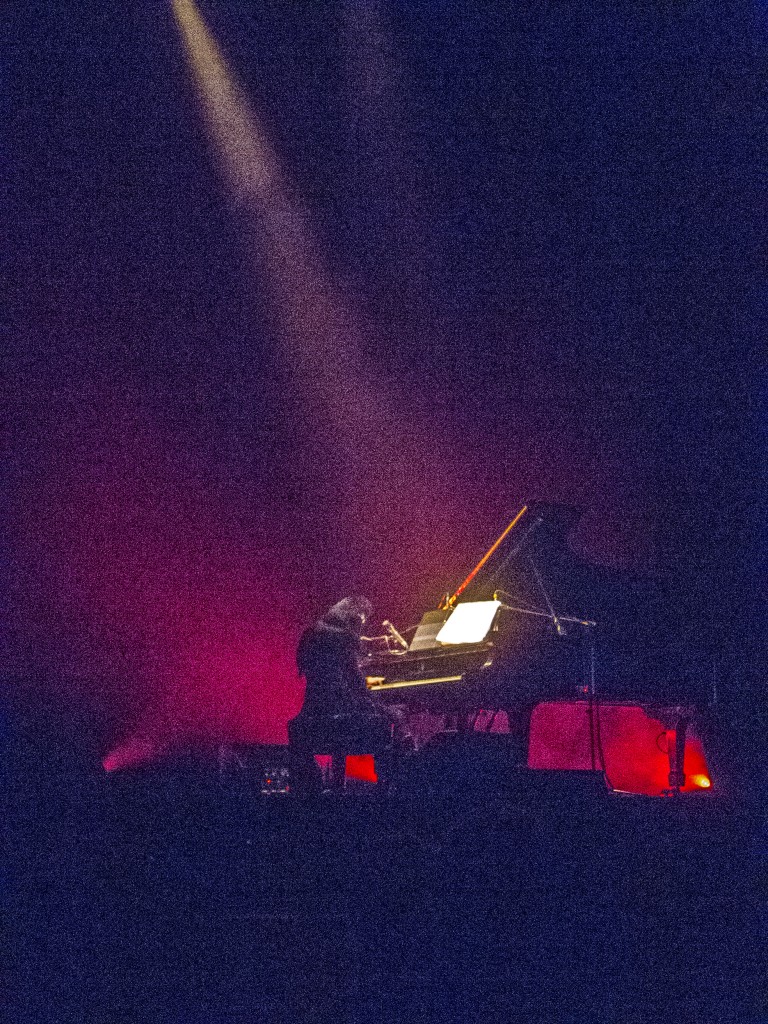 Mary Halvorson was the only guitarist playing and she didn’t go on until 5:30. Though I would have loved to see her group, BANGS, with Jason Moran and Ron Miles, the thought of getting home late with a full day scheduled for Monday didn’t appeal. 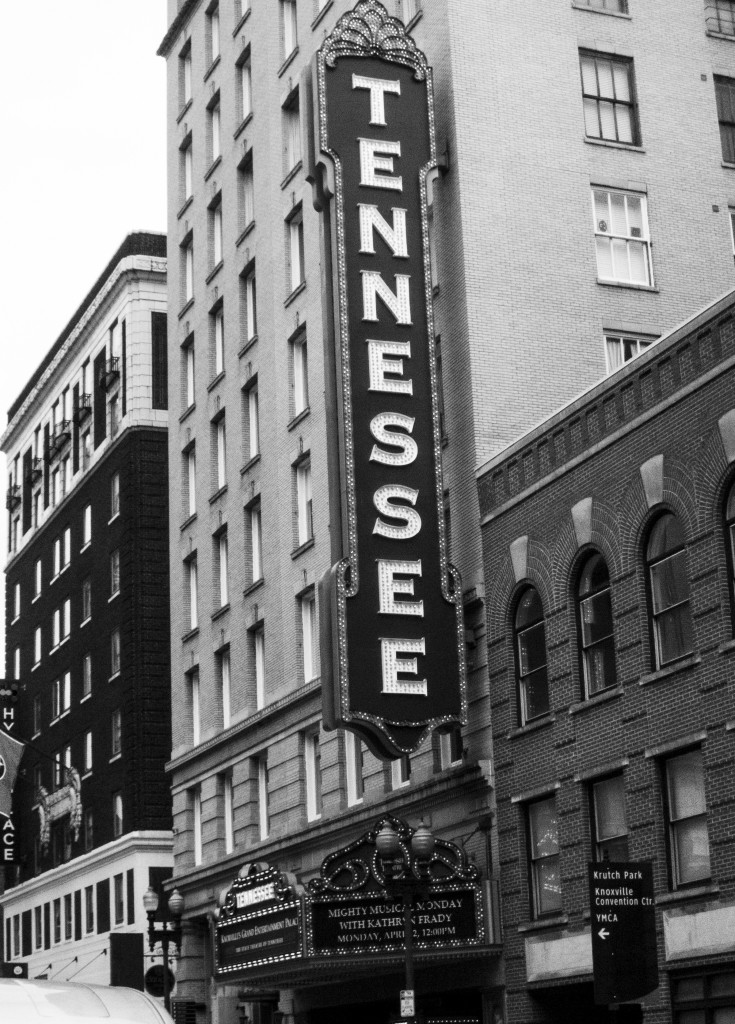 We left Knoxville after a wonderful brunch at The Plaid Pantry. Overall I would deem my first Big Ears Festival a smashing success. I was impressed at the consistently excellent sound at all the venues, and the great Big Ears app that made planning a schedule easy, while keeping us updated on full houses, schedule changes, and secret pop-up shows. Though I was only covering a smattering of the shows on offer, they proved enough to comfortably fill three days.

Knoxville too was a revelation. Between Market Square, Gay Street, and the renovated Old Town, its downtown is a cornucopia of great food, shops, galleries and venues—all within reasonable walking distance.

Hopefully Stian Westerhus will perform at the 2019 Big Ears. Either way, you will find me there. 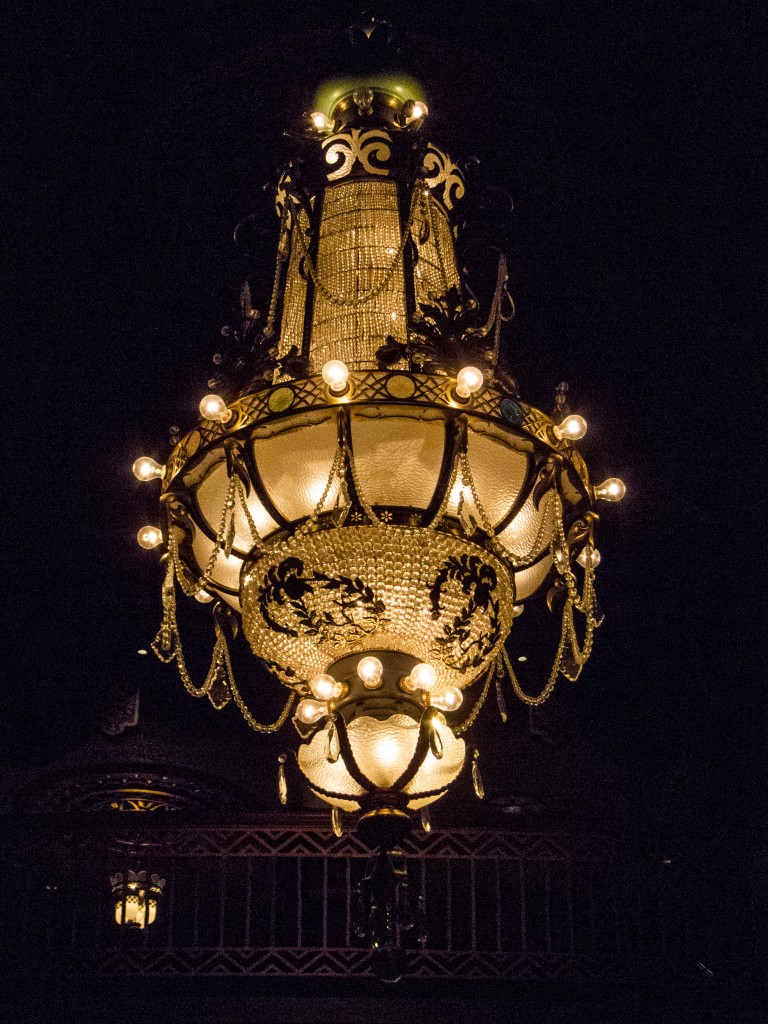