Seeing the Adrian Belew Trio at 12th & Porter in Nashville last night reminded me of what a great show can be. Though the venue made some missteps (chairs on the floor behind the standees, so if you sit you can’t see anything—really?!!), the sound was stellar. I had been warned to wear earplugs, but it was not too loud, even for one with tinnitus and hyper acuity issues. The balance was, for the most part, perfect. It was a small enough space to hear the drums in the room—always a plus. You can take a tour of Adrian’s rig here, and it fulfilled its promise: letting him access his historical sounds, while adding many heretofore-unheard tones. 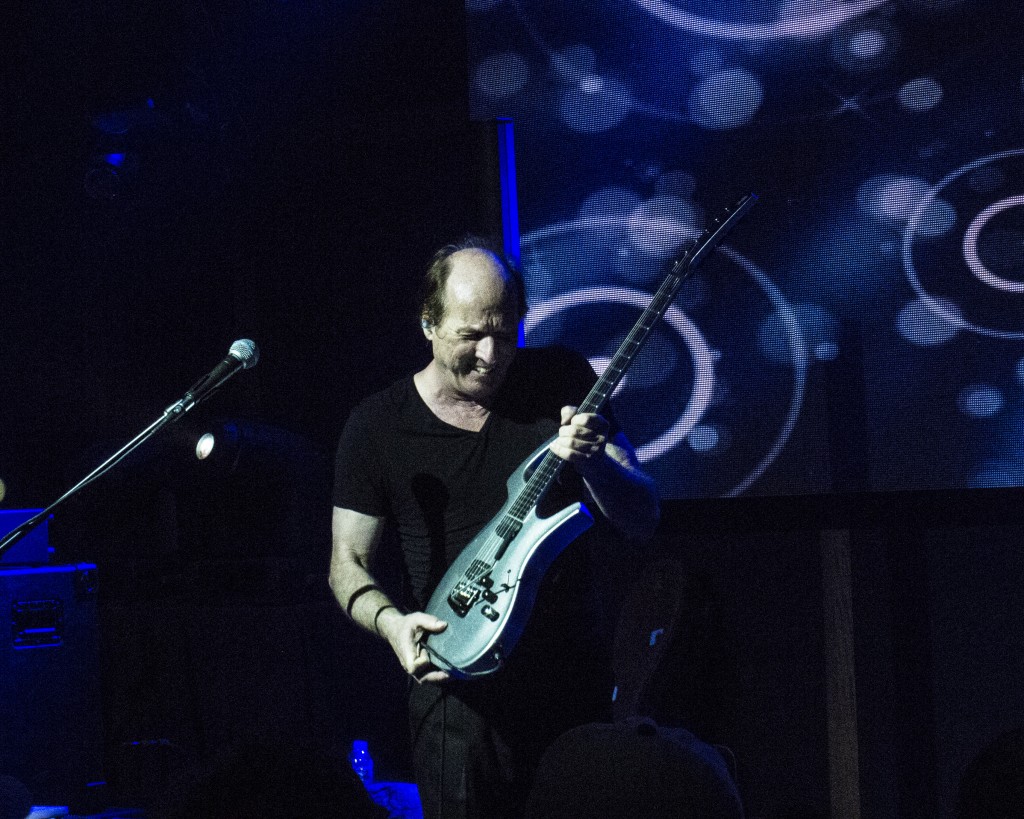 The thing that made it a great show was that it was, in fact, a “show.” Belew & Co.’s music is often challenging, but he never loses sight of the entertainment component of a performance. He played, what can only be considered, medleys of his greatest “hits”: short versions of tunes like “Lone Rhino, “Elephant Talk,” Three of a Perfect Pair,” “Heartbeat,” etc., separated by interstitial samples of sounds and speech. Enough of each song was included to satisfy fans, while leaving time for newer and longer material. 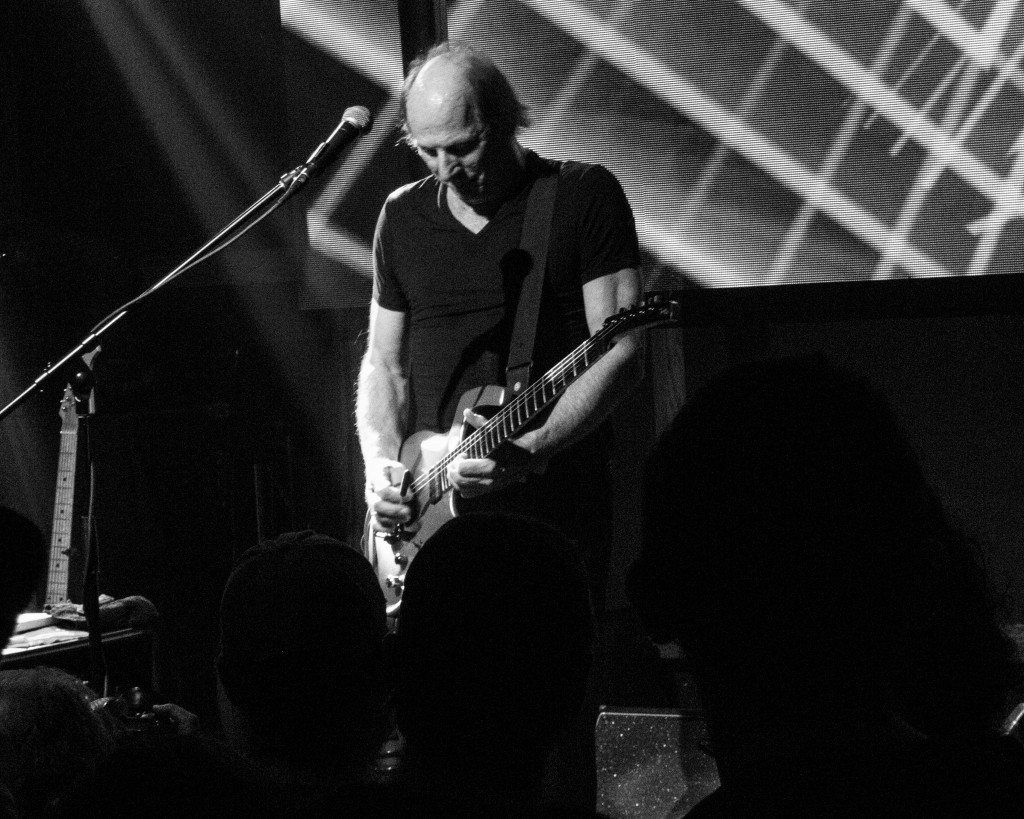 Humor abounded, both in the wit of his lyrics and playing, as well as in the mugging and joyful interaction with bandmates, Julie Slick and Tobias Ralph. Though the band played for over two hours, with an intermission, Belew’s energy, inventiveness, and good humor kept the interest and engagement high. If consider yourself a fan of modern guitar, and you are anywhere along the remaining tour schedule, don’t miss this terrific show.